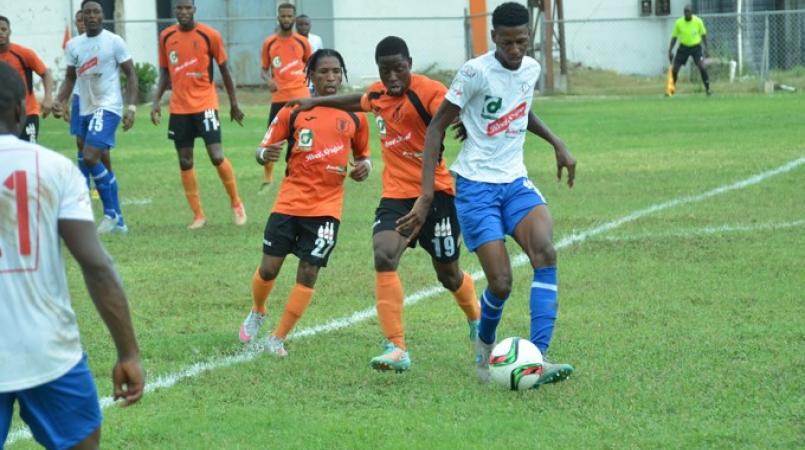 The 2017-2018 season of the Red Stripe Premier League (RSPL) comes to an end on Monday night with Portmore United meeting Waterhouse in the grand final at the National Stadium, starting at 8:35 pm.

This will be the fourth meeting between the teams this season and the last time Donovan Duckie and Shavar Thomas faced each other across the football field, Duckie needed Waterhouse to win and the team prevailed.

That was Match Day 26 on March 1, and with eight more games to go in the preliminary stage at that time,  Portmore United had virtually qualified for the semi-finals, while Waterhouse needed a win to remain in the top half of the competition, where the top two teams on points advanced straight to the semi-finals and  third to sixth place earned the right to enter into a quarter-final playoffs for the other two semi-final spots.

Waterhouse won the game 1-0 on home turf courtesy of a 66th minute strike from Cardel Benbow to move into the top half of the table with another seven matches to go in the preliminary round. At that stage, Portmore United had an eight-point lead atop the table.

Prior to that victory, Waterhouse had lost twice to Portmore United, including a heavy 5-0 home defeat on Match Day 4 (October 15, 2017) under coach Glendon ‘Admiral’ Bailey.

The second defeat came on Match Day 15 (December 13, 2017) with Duckie at the helm. Waterhouse suffered a 2-1 defeat on that occasion.

That 2-1 defeat came just over a month after Duckie took over the position of head coach, which was left vacant by Bailey. 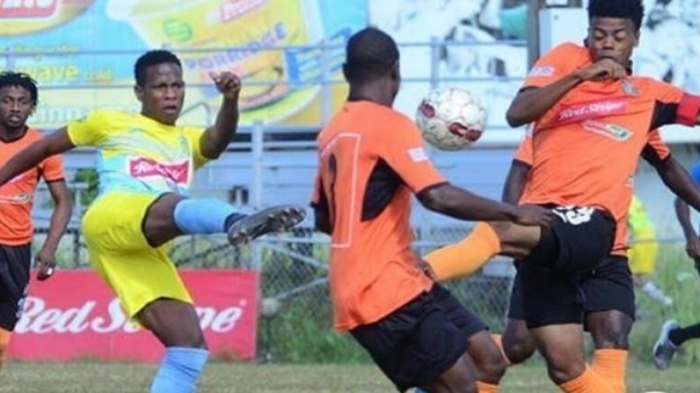 When Duckie took over the head coach position for his second stint with the Drewsland-based club,  Waterhouse were just a point above the relegation zone after eight games into the competition. From those eight games, Waterhouse had only secured seven points, which came from a single victory and four draws. They only scored six goals and conceded 13.

That was five months ago and a lot has changed for Waterhouse since then. Under the guidance of Duckie, the new coach brought in Keithy Simpson, Carlos Barrett and Benbow, and Waterhouse won 11 of the 25 remaining games in the preliminary round and secured 10 draws and lost four to finish that phase of the competition in fourth place on 50 points.

With the statistics from the short stint of Bailey, Waterhouse ended the preliminary round with 12 wins, 14 draws and seven defeats from their 33 games. During that period, Waterhouse scored 33 goals and conceded 32.

Portmore United, the beaten finalist over the last two seasons, come into the final with a better statistics compared to Waterhouse in all areas.

Thomas' team ended the preliminary round with 20 wins (eight more than Waterhouse), six draws and seven defeats from its 33 games to top the preliminary round with 66 points, 15 clear of second-place and defending champions Arnett Gardens.  During that period Portmore United pumped in 62 goals, the most by any of the teams and conceded 25, the second best defensive record.

By virtue of winning the preliminary stage of the competition, Portmore United and the second-place team Arnett Gardens booked automatic semi-final spots, while Waterhouse had to enter the quarter-final playoffs.

Waterhouse joined the semi-final race on April 5 by securing the final spot after a 2-1 victory over Harbour View in their second-leg quarter-final play-offs, at the Drewsland Mini Stadium. They won the  two-way tie 3-1 after they recorded a 1-0 victory a few days earlier at the Harbour View Stadium.

Duckie's team qualified for the final by defeating Arnett Gardens 3-1 on aggregate in their home-and-away semi-final tie. Waterhouse won the crucial second leg semi-final tie 2-1 away last Monday night after they had won the first-leg tie 1-0 on home turf.

Portmore United were more convincing at the semi-final stage, whipping Cavalier 3-0, a day earlier, at Spanish Town Prison Oval to win the two-way tie 3-0 on aggregate after the teams had battled to a 0-0 draw the previous week at the Stadium East field.

The club will be searching for a sixth Premier League title. Two of those titles came when the club was based in Clarendon, under the name of Hazard United, and they won the 1992-1993 and the 2002-2003 seasons.

An interesting game looms, but Portmore United are highly fancied to lift the title after missing out at this stage over the last two seasons.