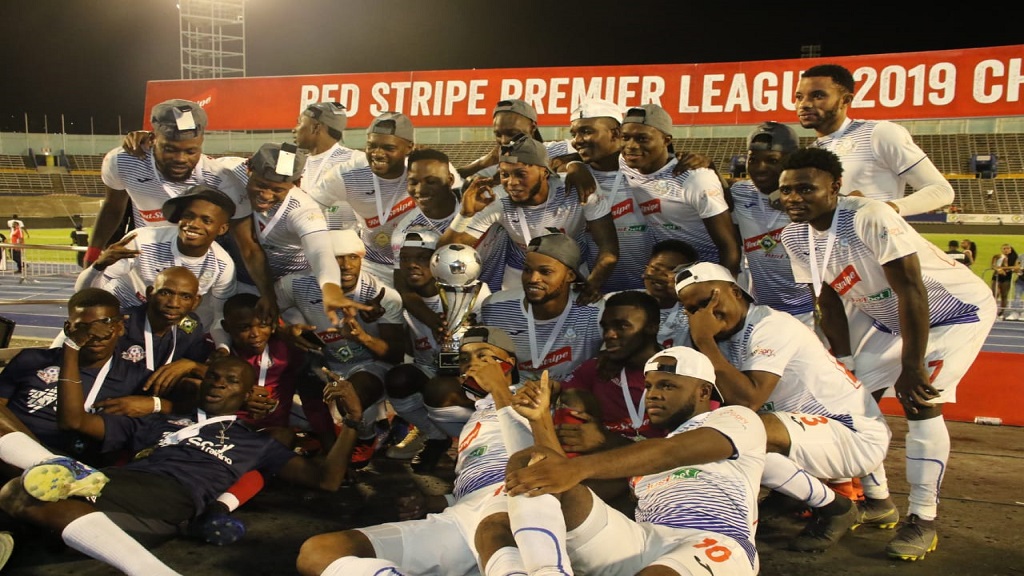 Portmore United won the Red Stripe Premier League (RSPL) for the second straight year by overcoming Waterhouse 1-0 at the National Stadium on Monday night in a final marred by crowd trouble and a physical confrontation on the field.

Shavar Thomas' side repeated its success over Waterhouse as both teams also played in the final last season, which Portmore United won 4-3 on penalties after the teams battled to a 0-0 deadlock after regulation time and extra time.

It was the second title for coach Thomas, who took charge of Portmore United last year. Thomas will not be around next season as he will take up coaching duties in the Turks and Caicos Islands.

Two of the six Premier League titles came when the club was based in Clarendon under the name of Hazard United, and they won the 1992-1993 and the 2002-2003 seasons.

It was a rough night for referee Odette Hamilton who had to work overtime to keep players from getting into physical confrontations, most times orchestrated by Waterhouse. And one of those moments caused an object-throwing rampage from the crowd.

Police officers escort referee Odette Hamilton from the infield following the end of the RSPL final.

The object-throwing rampage started in the 82nd minute, just moments after Portmore United's Cleon Pryce had received medical attention on the field resulting from a hard tackle by a Waterhouse defender.

The fans pelted the field with objects, which resulted in a 17-minute stoppage. Fans ran onto the field, some of which were caught quickly by the police.

Some players had to dodge flying objects as they sprinted to the middle of the field and the officials were removed by the police to a much safer part of the infield.

Towards the end of the match, the referee had to issue red cards to Waterhouse's Rafiek Thomas and Portmore United's Damian Williams for fighting. Thomas was the aggressor, throwing punches on Williams in full view of the referee.

Ricardo Morris scored the only goal of the contest after a first half where Portmore United got three shots on target and Waterhouse, none. 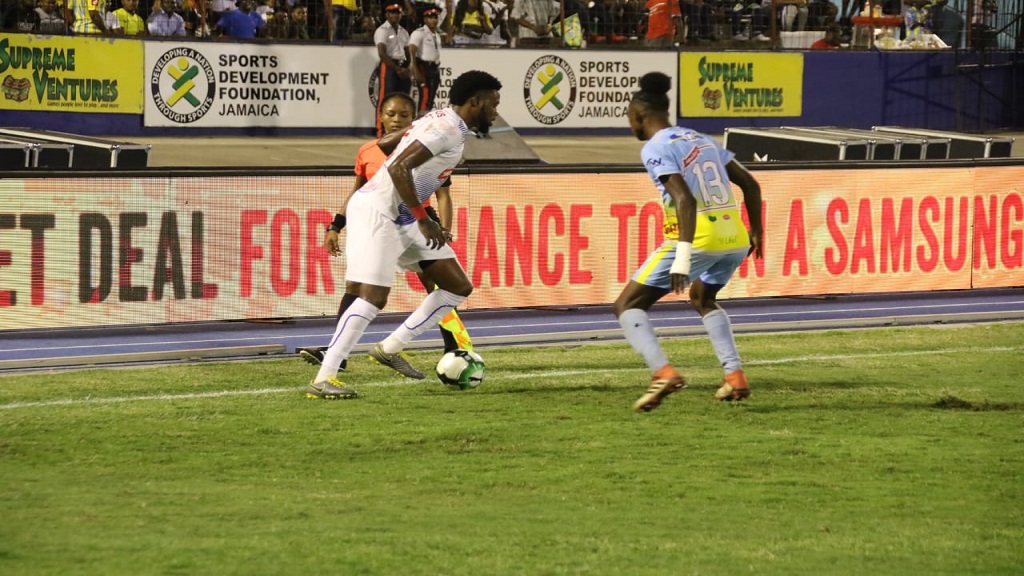 Portmore United had to be patient as they dominated but found themselves frustrated by a very physical Waterhouse side.

However, that patience paid off in the 57th minute when Emilio Rousseau set up Morris, who hit a beautiful shot with his left foot from a distance, which beat goalkeeper Diego Haughton.

Waterhouse came to life briefly after finding themselves trailing and got their first shot on target, just seconds after Morris had given Portmore United the lead.

Andre Leslie got Waterhouse’s first shot on target when he whipped a shot from 25 yards, but Portmore United custodian Shaven Sean-Paul managed to push for a corner.

Referee Odette Hamilton had to be escorted from the field by police officers following the final whistle.

Apart from the RSPL Trophy, Portmore United, the most successful team in the history of Jamaica’s premier league, walked away with $2.5 million dollars to add to the $1 million the club won for topping the preliminary stage of the competition.

Waterhouse received $1.5m, while Cavalier got $1m for third and St Ann-based Mount Pleasant Football Academy, $500,000 for fourth in their first year of top-flight football.