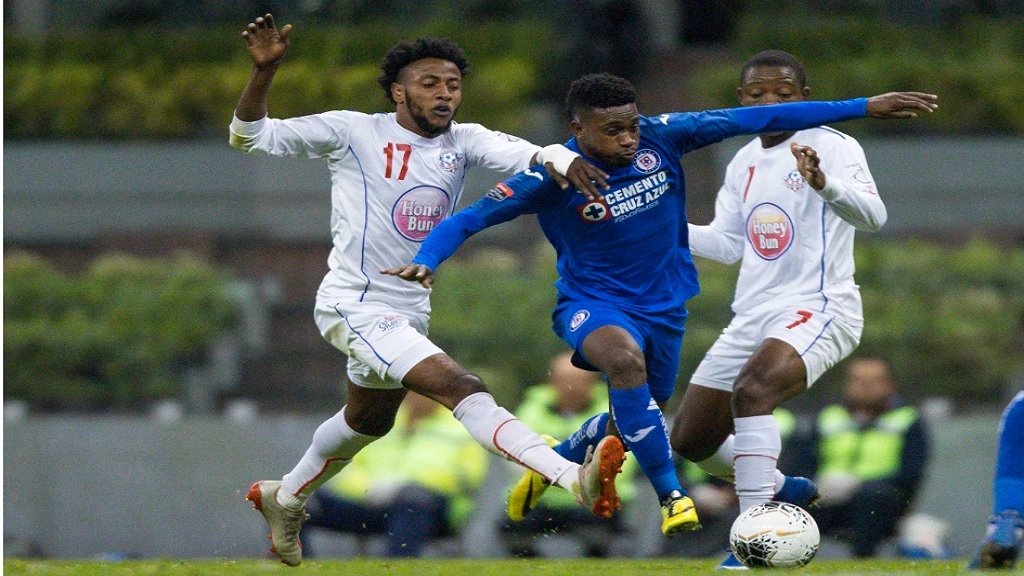 Action between Cruz Azul and Portmore United of Jamaica in the second leg of the 2020 Scotiabank Concacaf Champions League Round of 16 on February 2020, at the Estadio Azteca in Mexico City. (PHOTO: Concacaf).

Portmore United of Jamaica were booted from the 2020 Scotiabank Concacaf Champions League following a 4-0 defeat against Cruz Azul of Mexico in the second leg of their Round of 16 fixture, at the Estadio Azteca in Mexico City, on Tuesday night.

The result lifted Cruz Azul to a 6-1 aggregate win over the Red Stripe Premier League champions and a place in the quarterfinals of the tournament.

There was suffocating pressure from Cruz Azul from the very start, yet the star of the show early on was Portmore United goalkeeper Kemar Foster, who made a trio of highlight-reel saves.

But Foster could only stop so many shots and Orbelin Pineda gave Cruz Azul a 1-0 lead in the 22nd minute with a spectacular right-footed volley.

Cruz Azul continued pushing for another goal, but they had to wait until the 60th minute to double the margin when Jonathan Borja floated in a cross from the left and from the slimmest of angles, Lucas Passerini headed in to make it 2-0.

The night was then capped by Pablo Ceppelini’s penalty conversion in the 76th minute and Borja’s strike in the 90th minute to round out the 4-0 scoreline.