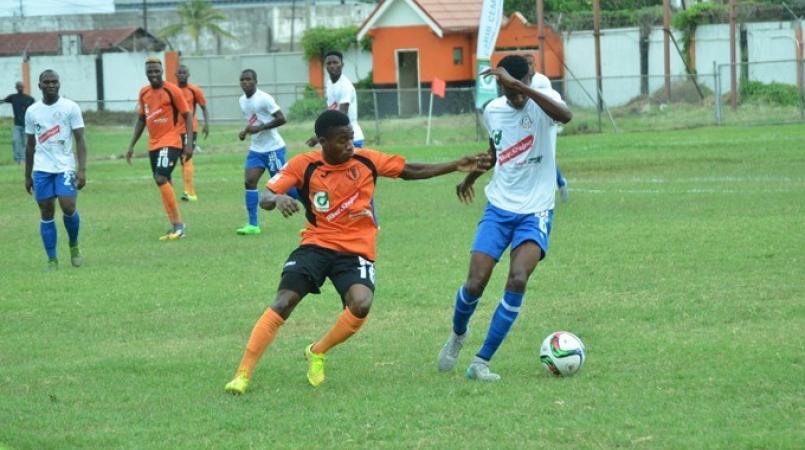 Defending champions Arnett Gardens and last year's beaten finalists Portmore United will on Thursday continue their battle for the lead in the 2017-2018 Red Stripe Premier League (RSPL) going into the Christmas break, when the competition resumes with Match Day 17 action.

Both teams enter Match Day 17 locked on 34 points from 16 games, with Portmore United leading the standings with a better goal difference. The top two are five points clear of Tivoli Gardens in third place on 29 points.

Of the top two teams, Portmore United have the tougher assignment on Thursday with a 3:00 pm home game against Tivoli Gardens at Prison Oval in Spanish Town, while Arnett Gardens will host Waterhouse, a team that is just eight points away from the relegation zone.  That game will take place at the Anthony Spaulding Complex and is scheduled to kick off at 7:00 pm.

Portmore United are very hot at present and once in that form will be hard to deny. They have taken maximum 12 points from their last four matches and will be looking for five straight victories; while during that period Tivoli Gardens have tallied 10 points courtesy of three victories and a draw.

Based on those statistics over the last four matches a good game is anticipated between Portmore United and Tivoli Gardens.

Arnett Gardens, which had a two-point lead over Portmore United entering last weekend, stumbled for the first time in four games when they were held 1-1 in an away game against Sandals South Coast last Sunday.

Damari Deacon handed Arnett Gardens a 1-0 lead in the 39th minute, but Dwayne Blake hit back for the struggling Sandals South Coast, which secured just 11 points from 16 matches.

Waterhouse have struggled for most of the season. However, over their last four games they have picked up seven points from a maximum 12 and as a result could give Arnett Gardens a tough night.

That surge over the last four games have pushed Waterhouse very close to the first half of the points' table. They enter Thursday's fixture in seventh place with 19 points and their 2-1 victory over Reno on Monday night, which carried them eight points away from the relegation zone, could be a major boost entering their clash against Arnett Gardens, which dropped two very crucial points on Sunday.

RSPL ROUND UP: Arnett stumble against Sandals; Portmore regain lead