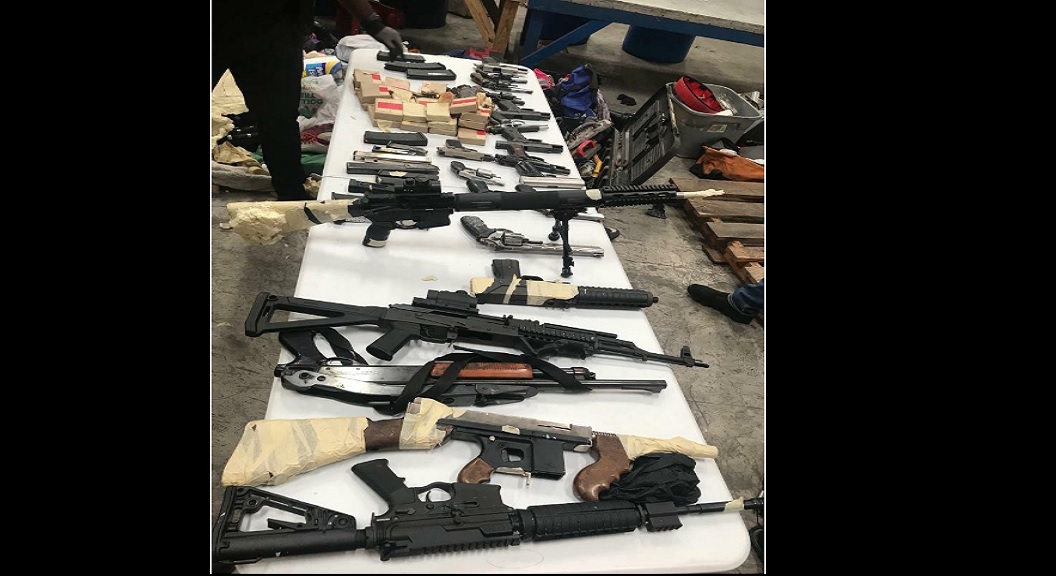 The first 20 guns which were recently found at a terminal in Kingston.

Detectives assigned to the Counter-Terrorism and Organised Crime Investigation Branch (C-TOC) are reporting a major breakthrough in their probe of the seizure of 21 firearms and 791 rounds of ammunition at a container terminal in Kingston on Tuesday, February 26.

Twenty-eight-year-old Jevaughnie McKay, a temporary worker at a container terminal in Kingston, who is of Old Braeton, Portmore in St Catherine, has been arrested and charged with illegally importing of firearms and ammunition. This followed a formal interview of the suspect in the presence of his attorney on Tuesday, March 12.

McKay is to appear in court on Friday, March 15.

Reports are that about 10:50 a.m., a joint operation between the police and the Contraband Enforcement Team of Jamaica Customs led to the seizure of 20 firearms and 791 assorted rounds of ammunition. The cache had been shipped from an address in the United States of America.

Another search was conducted on Wednesday, February 27, during which an additional firearm was seized.

Subsequent multi-agency investigations led to the accused being arrested and charged.

Investigations continue into the matter.

The major gun find was the second at the wharves in Kingston within four months. Last October, 26 guns were discovered there over a two-day period.