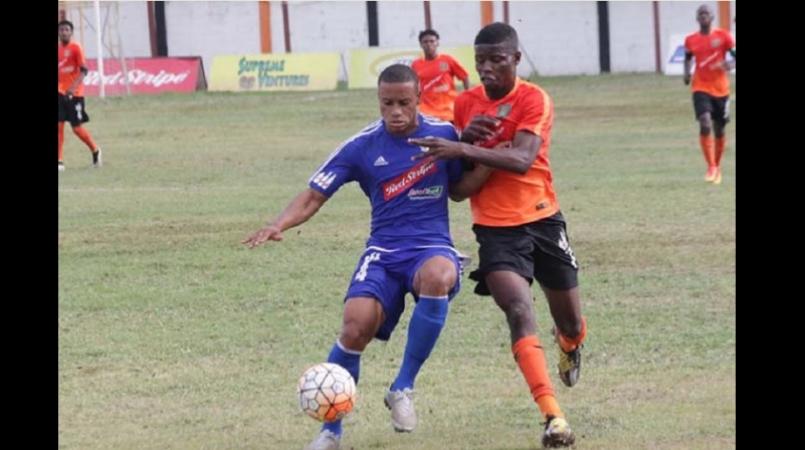 Portmore United's coach, Linval Dixon, has described the absence of an ambulance at their Red Stripe Premier League (RSPL) quarter-final match against host Tivoli Gardens on Sunday as a big disappointment, based on the turn of events in the encounter.

The game ended 1-1 at the Edward Seaga Complex, with Portmore's Javon East and Tivoli subsitute, Howard Morris, accounting for the goals.

Some 13 minutes into the game, Tivoli's Romaine Breakenridge was shown a straignt red card for a nasty challenge on Portmore's Henrico Ricketts.

As a result of the clash, both players had to be taken to hospital, with Ricketts especially, exhibiting an ugly picture. He had a big gash across his forehead and eventually a bloody face, and at one point appeared to be unconscious.

Both players were taken to hospital, but in regular vehicles, in the absence of an ambulance at the quarter-final game.

Indications from the Portmore team are that Ricketts received several stitches and a prescription before he was released from the hospital.

In a post-game interview, Dixon did not hide his disappointment at the turn of events, and spewed it on national television.

"This is the quarter-final and you need to have an ambulance in case anything major happens, and we fell short in that regard (today)," he said.

"The home team or (the organisers of the ) competition must be responsible for this (medical  arrangements). To have no medical people around for a game like this was really disappointing," Dixon elaborated.

He said he is hoping that medical arrangements will be made and in place for the remaining games of the season.

As for the outcome of the game, second-half substitute Howard Morris struck home in the 85th minute for  10-man Tivoli Gardens to earn a precious 1-1 draw going into next week's return leg, which is scheduled for the Anthony Spaulding Sports Complex.

Morris's heroics followed East's strike only two minutes after Breakenridge's sending off, which had given Portmore United the lead.