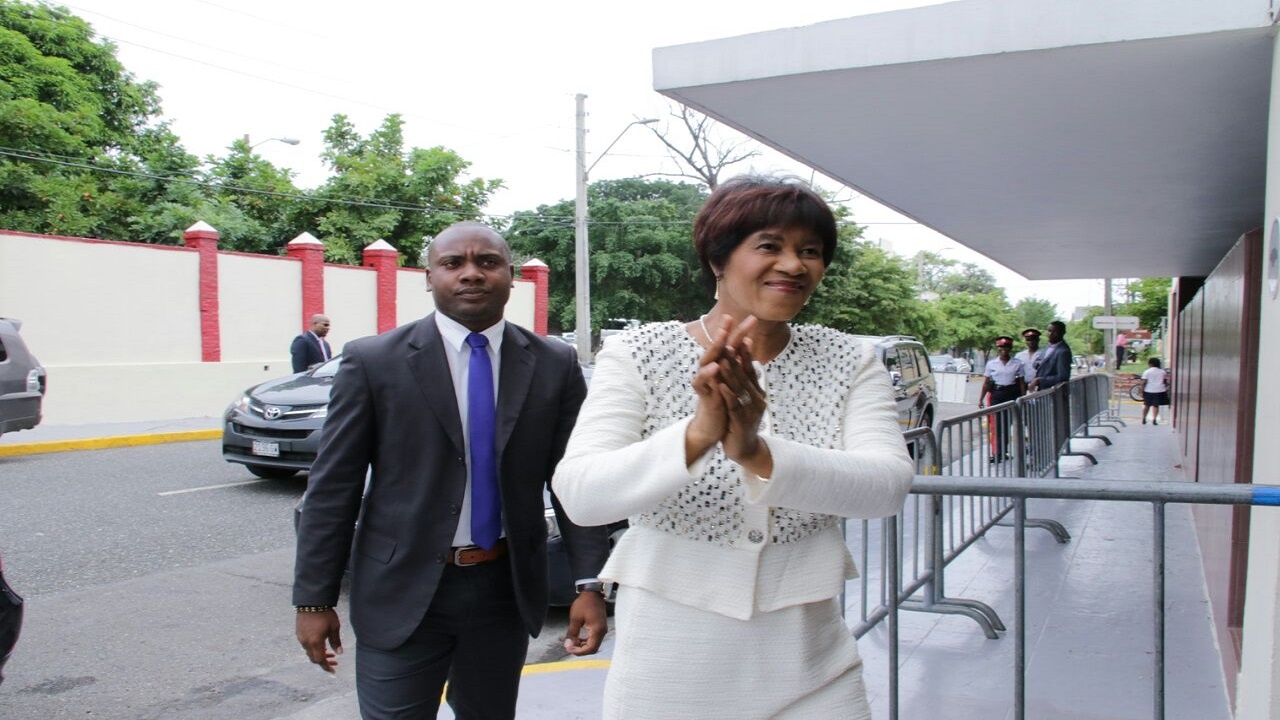 The University of the West Indies (UWI) will hold a special convocation to confer the Honorary Degree of Doctor of Laws (LLD) on former Prime Minister Portia Simpson Miller.

The ceremony will take place at the Assembly Hall, UWI Mona Campus on Saturday, September 30.

The University said it is conferring the LLD in recognition of her outstanding and meritorious contribution to public life, and of her phenomenal achievements as a woman from the working class community who, without the privileges of wealth, colour, class and respected profession, overcame those obstacles and emerged as the first female Prime Minister of Jamaica.

"As Prime Minister, she emphasised her commitment to regional integration and cooperation. During her tenure, she used her considerable political and social skills to harness international and domestic support for the stabilisation and growth of the Jamaican economy," the university said in a press release.

Among her several awards are: the International Olympic Committee’s World Women and Sport Trophy for outstanding dedication to women in Jamaican Sports—both as athletes and administrators (2007); the Distinguished Award for Dedication to Urban Renewal and Community Development from the Mayor of the City of Miami (2009); one of TIME’s 100 Most Influential Persons in the World (2012); an inductee into the International Women’s Forum Hall of Fame (2014).

Simpson Miller is a member of the Council of Women World Leaders, which is an international network of current and former women Presidents and Prime Ministers whose mission is to advance women’s issues.

Commenting on the recommendation for the honorary degree, Vice-Chancellor, Professor Sir Hilary Beckles said, “Prime Minister Simpson Miller erupted within the long tradition of no-nonsense women who have stood up and led society against the racial and class injustice endemic to our history and still manifested in contemporary Caribbean society.

"In so doing she reflected and expressed the phenomenal resilience that resides at the core of Caribbean consciousness and is symbolic of the serious sense of social care that is possible in such circumstances. In so doing, she showed the Caribbean poor how to move from 'wishbone to backbone' in their politics and culture. She stands tall within our political pantheon as a citizen and sister, woman and humanist.

"Much respected for her big heart and spontaneously loving spirit, she consistently gave much more than she asked for. The University of the West Indies is honoured to identify with her generosity and humanity and her triumph over unyielding strictures and structures,” Beckles said.

The special convocation event, which begins at 5:00 pm (Jamaica Time) can be viewed live on www.uwitv.org.