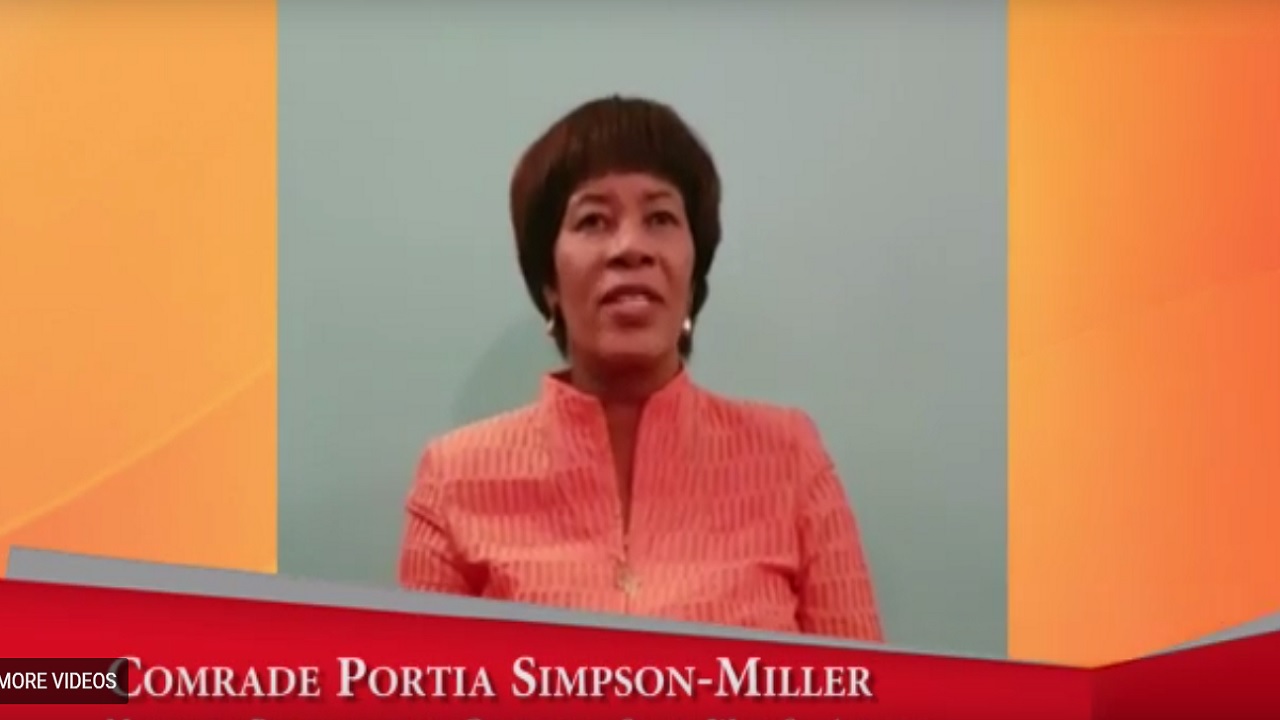 A video is in circulation with former Prime Minister and People's National Party (PNP) President, Portia Simpson Miller, endorsing PNP Vice-President and Senator, Angela Brown-Burke to take over from her as the Member of Parliament (MP) for South West St Andrew.

“Let me thank you my family from South West St Andrew for your love and support during 40 plus years; you have been the wind beneath my wings,” said Simpson Miller in the one minute video.

“As I go I will not leave you alone; there is much work I want to do with you and your new Member of Parliament. I have thought about this and at this time I fully support comrade, Angela Brown Burke,” she added.

Simpson-Miller recently resigned from the position signaling the end of a more than 40-year career in representational politics.

However, since she announced her decision to step down, there has been wide-scale public speculation about who will step up to the contest to succeed her.

A number of names, including Brown-Burke, have been raised, but only one person has so far publicly declared an intention to vie for the position.

Audrey Smith-Facey, councillor of the Payne Land Division in the constituency, has not only announced her candidacy, but is reportedly not fazed by the Brown-Burke endorsement.

Smith-Facey has reportedly indicated that it is the entire constituency - not Simpson Miller alone - who will decide who takes over as MP.

Indications are that she is banking on the holding of a promised selection exercise to determine the party's candidate, although there are reports that the PNP's top brass is looking to avoid a contest to replace Simpson Miller in its strongest seat, vote-wise.

Smith-Facey has indicated that the PNP's current leader, Peter Phillips, has repeatedly promised to ensure that the party's constitutional provisions are upheld in respect to the replacement of Simpson Miller. She has indicated her intention to hold him to the reported promised position.

There have been unconfirmed reports that Smith-Facey has come out way ahead of Brown-Burke in polling that has been conducted in the constituency, although another outside figure has reportedly been even more favoured than Smith-Facey for the position.

‘No, no, no, nothing like that,' says Portia of being ‘pushed out’ of the PNP