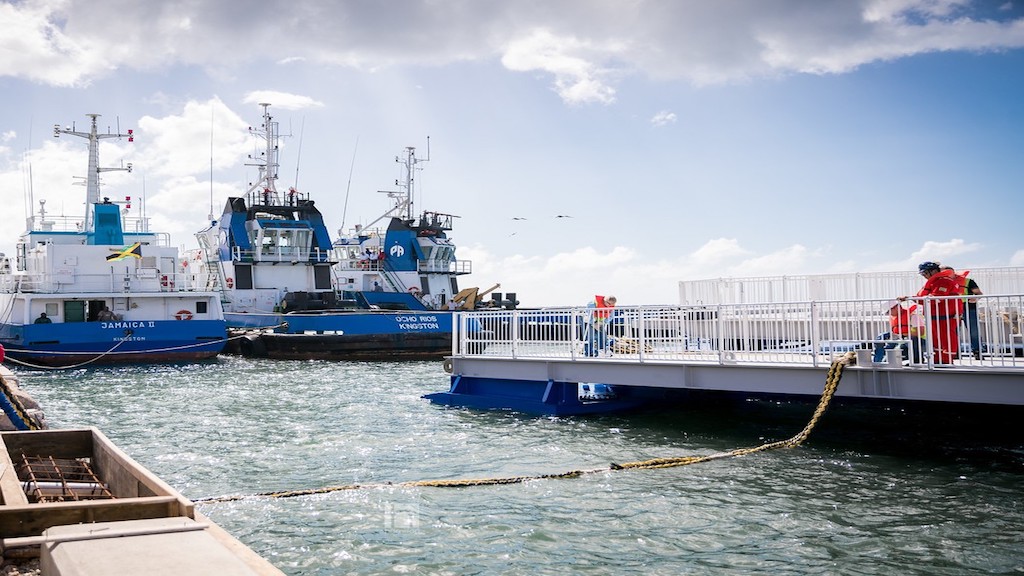 The SeaWalk being anchored at one of the PAJ’s locations on Tuesday. (PHOTOS: Contributed)

The Port Authority of Jamaica has taken a major step towards its planned development of a cruise port terminal in Port Royal, after securing a floating pier for the historical east Kingston town.

The floating articulating pier, known as a SeaWalk, arrived in Kingston on Monday afternoon, the PAJ said in a news release.

It was received at anchorage at the Port of Kingston and was off-loaded and secured Tuesday by the PAJ, which touts it as "a significant milestone" in the PAJ’s plans to complete the development of a cruise port terminal in Port Royal by January 2020.

SeaWalk is a floating articulating pier that is motorised and under electronic control, which unfolds to meet a ship which is anchored in a stationary position off the shore. 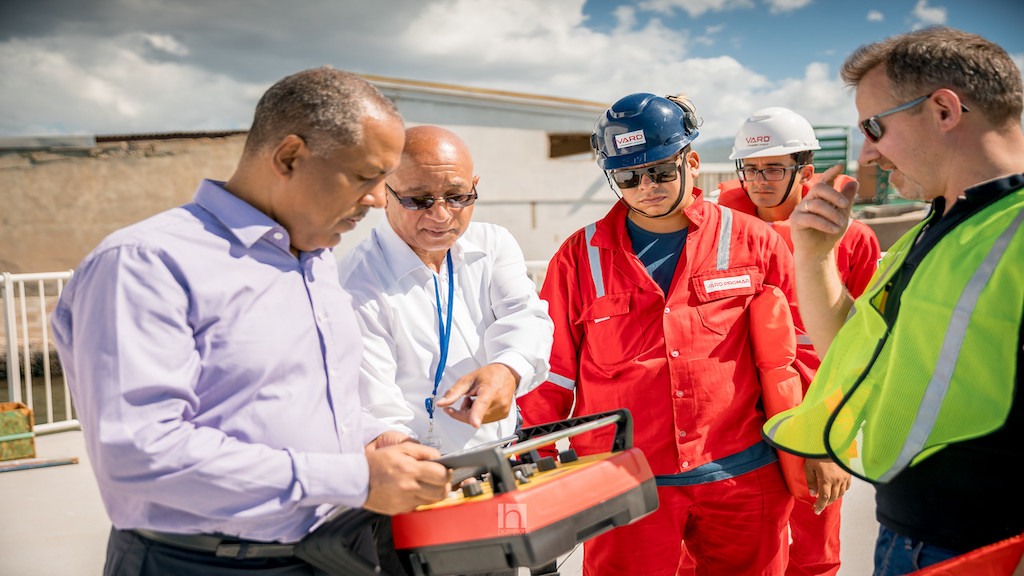 The ecological and historical environment in Port Royal which include a sunken city, buried artifacts and archeological assets is highly sensitive and protected.

The PAJ said SeaWalk technology facilitates the berthing of vessels in Port Royal without dredging and extensive infrastructural works typically required to construct a conventional berthing system. It noted that this advantage led to the decision to use the technology in Sweden as well as Gereinger, Norway due to similar environmental sensitivities.

Therefore, according to the PAJ, the use of the SeaWalk technology in Port Royal enables it to both adhere to its environmentally conscious operational practices as well as fulfil the objective of establishing Kingston as a permanent cruise port destination.

Professor Gordon Shirley, the PAJ's president and CEO noted that “the acquisition of the SeaWalk is a significant investment which cost approximately US$8.5 million, a fraction of the estimated US$40 million that the entire Port Royal Cruise Port development will cost, inclusive of marine and land side works.”

He further stated that “Port Royal’s appeal and allure is due largely to its rich history and heritage which are major attractions and advantages of the town. It has always been the PAJ’s focus to ensure the preservation of the sunken city while undertaking the development of the cruise port and the use of the SeaWalk allows us to achieve these goals.” 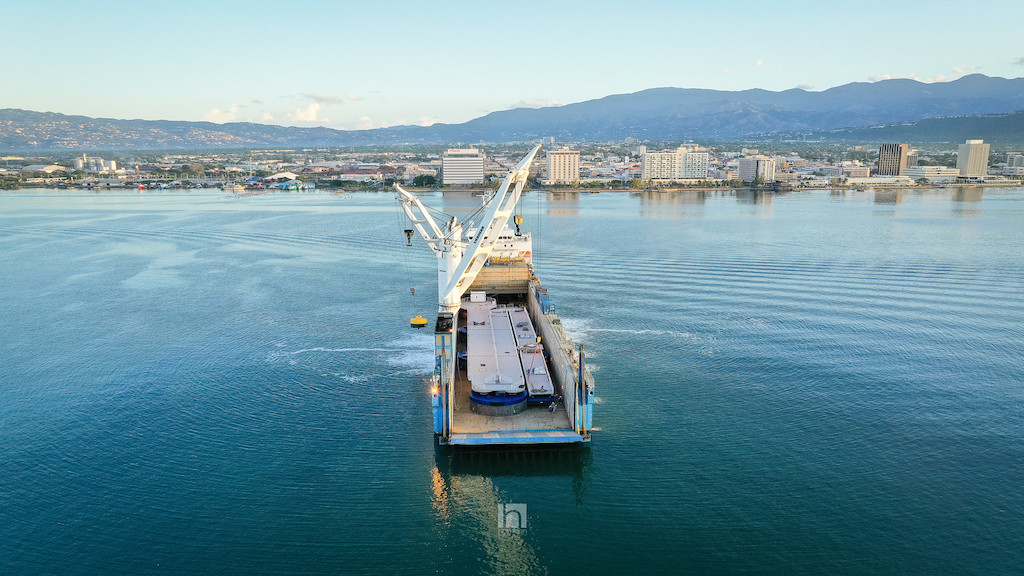 SeaWalk at anchorage in the Kingston Harbour on arrival on Monday.

The PAJ said the anchor system for the SeaWalk will be installed by Friday, February 15, to facilitate mooring. It is anticipated that Phase 1 A of marine works including the construction of a new marine structure at the Old Cold Wharf in Port Royal, the site earmarked for the construction of the new cruise port, will be completed in April 2019. After the completion of marine works, the installation and connection of the SeaWalk will begin and is expected to be completed by May 2019.

Land side works which include the construction of a terminal building, ground transportation areas and other amenities as well as subsequent phases of the development, are anticipated to begin in July 2019 and be completed by January 2020, the PAJ said.

William Tatham, vice president, cruise shipping and marina operations at the PAJ indicated that there is already keen interest in Jamaica’s newest cruise destination. He stated that “Discovery 2 of Marella Cruise Lines are already scheduled to call on January 20, 2019 and confirmation of other calls are imminent.”

The PAJ noted that it is actively promoting Port Royal at industry trade shows and in the media and is confident that overtime it will develop into a critically acclaimed and highly sought-after cruise port of call.