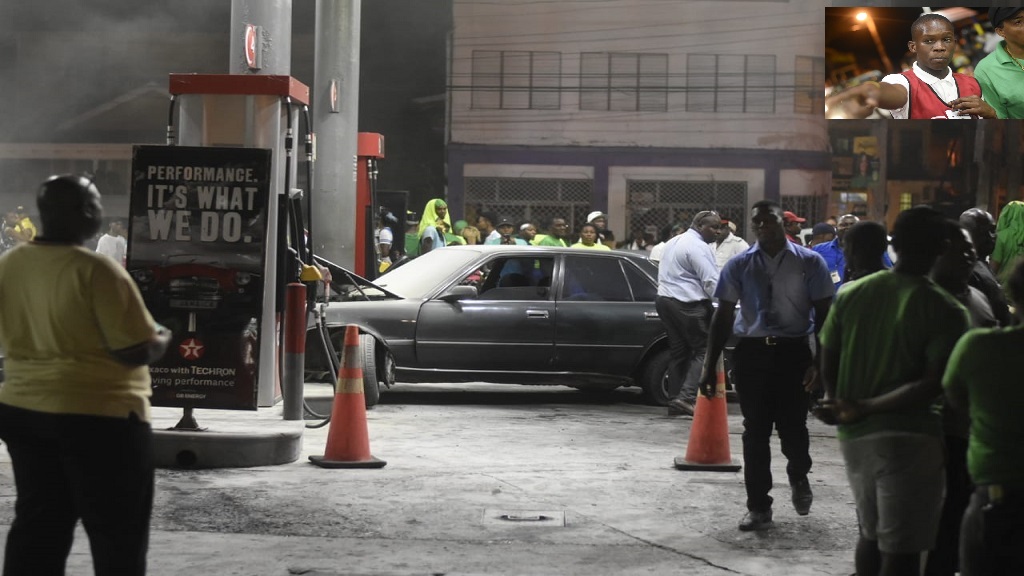 The incident occurred a few minutes after and metres away from where the ruling Jamaica Labour Party had concluded its celebratory function after its representative, Ann-Marie Vaz, won the East Portland by-election.

Alleged eyewitnesses told Loop News that sometime after 8pm, a speeding blue Toyota Mark II became out of control and crashed into a column near a pump at the gas station located at the corner of Blake and Harbour streets in the seaside town. 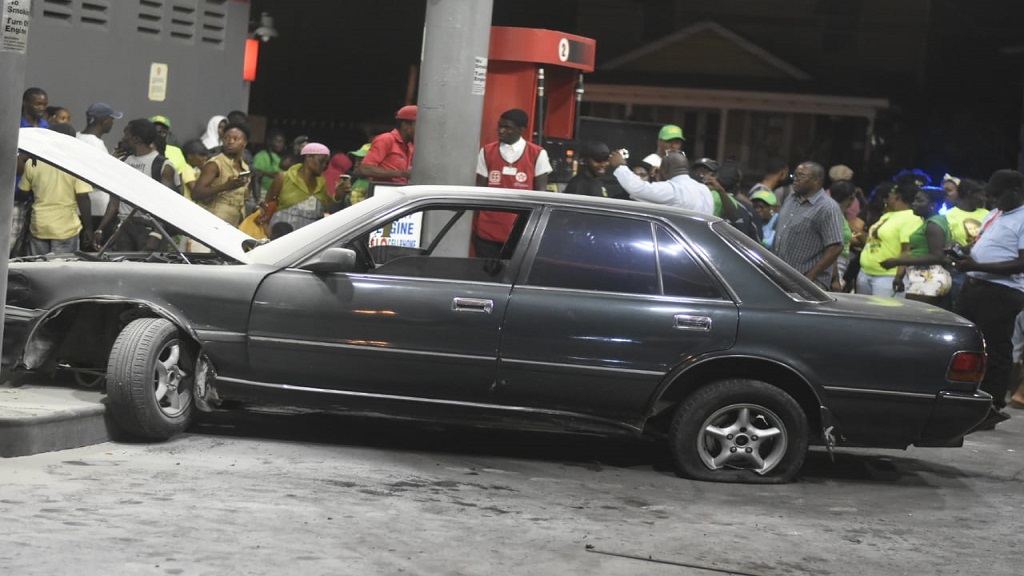 The motor vehicle had allegedly been speeding before it crashed into the service station.

As the vehicle came to a halt, a fire was observed coming from under its bonnet, sending the crowd that had gathered scattering for cover in the face of danger.

However, the damage to life and infrastructure was reportedly alleviated quickly by the action of service attendant Brandon Harris, who quickly sprung into action and used a fire extinguisher to douse the blaze.

It was unclear if the driver, the lone occupant of the vehicle at the time of the accident, was hurt, as he reportedly quickly disappeared into the crowd. 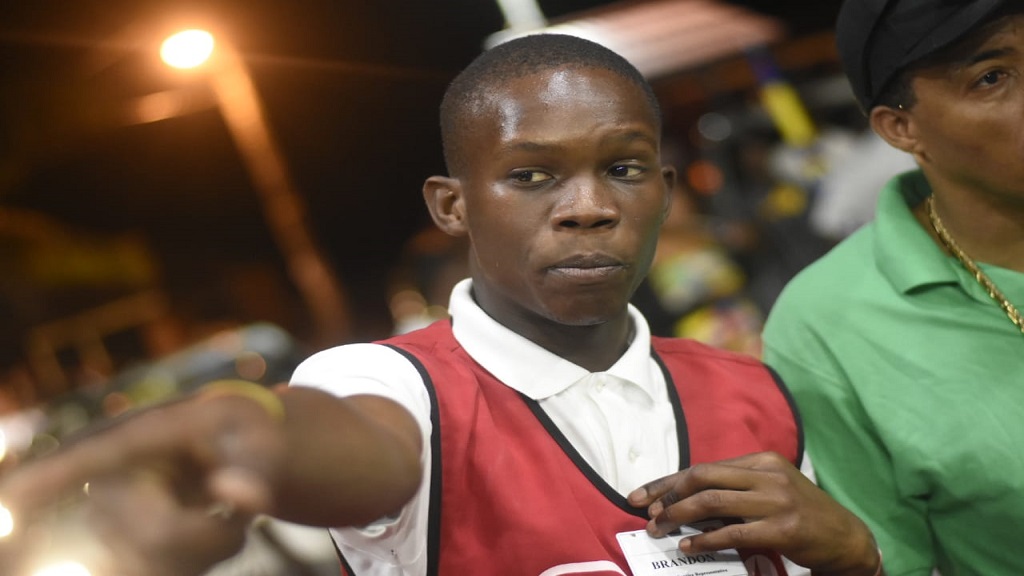 Harris... A better one life gone than suh much.

According to Harris, he had just finished attending to a customer when he heard the screech of the vehicle and looked up to see it speeding towards the service station from Blake Street.

He said the vehicle crashed into the protecting column of the first pump, which sent it into the second pump inside the gas station and had individuals standing under the protective covering, scampering for safety.

Harris said, after observing the fire coming from under the bonnet, he rushed for the fire extinguisher and opened the bonnet before turning off the engine of the motor vehicle. He said he returned to the front of the car to douse the engine and prevent the fire from spreading.

Asked if he was afraid while conducting the act, Harris retorted, "fraid, mi caan fraid with wha mi si. Lives a guh at risk deh suh. A better one life gone than suh much."

The service station kept its doors opened throughout and was fully operational on Friday morning.