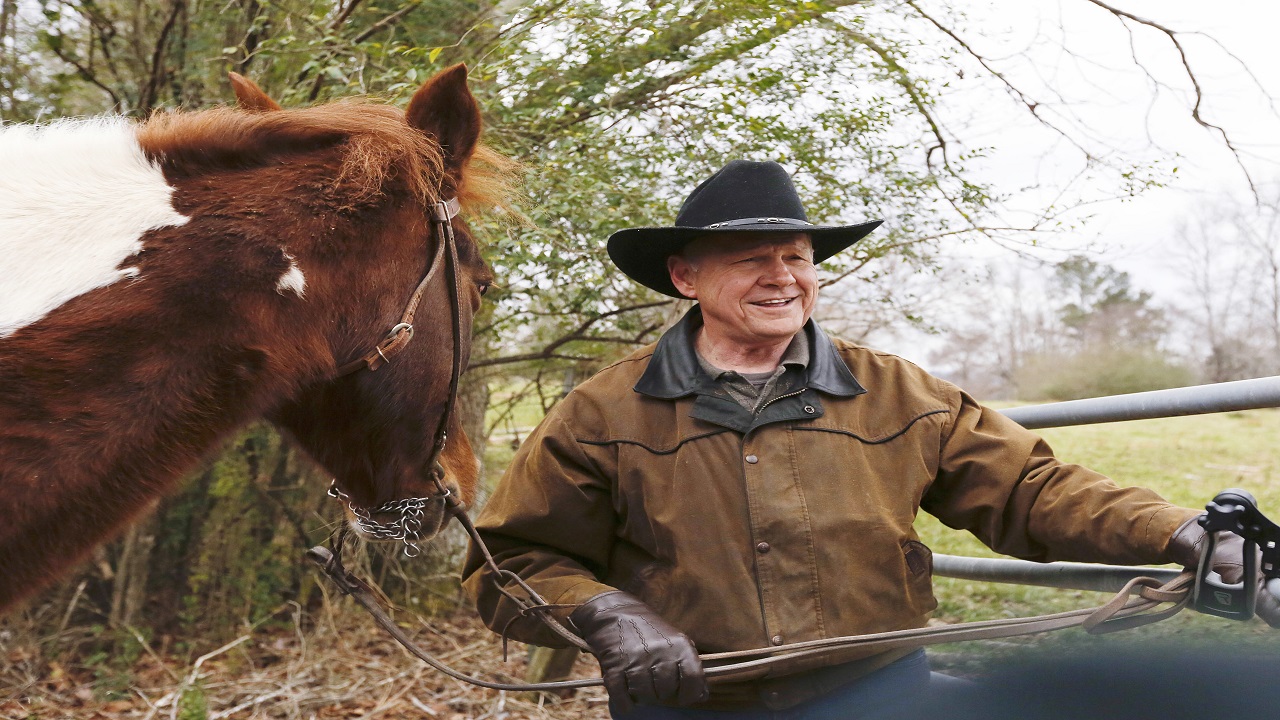 U.S. Senate candidate Roy Moore talks to the media as he prepares to vote, Tuesday, Dec. 12, 2017, in Gallant, Ala. Alabama voters are deciding between Moore, former chief justice of the Alabama Supreme Court and Democrat Doug Jones.

After all the charges, denials, claims and promises, Alabama voters have had their say. Polls closed across the state Tuesday night after a scandal-stained Senate election campaign that tested the limits of party loyalty in the age of President Donald Trump and — win or lose — promised significant political consequences for Republicans everywhere.

At the center of the special election was fiery Christian conservative Roy Moore — "Judge Moore" to his supporters. The 70-year-old Republican was twice ousted as state Supreme Court chief justice after flouting federal law. This year he attempted a political resurrection against party officials horrified by accusations that he was guilty of sexual misconduct with teenage girls when he was in his 30s.

The stakes are high for Alabama and perhaps higher for the national Republican Party, which faces two painful outcomes: The GOP could lose a Senate seat in a deep-red state that would energize Democrats everywhere; or the party could win Tuesday's election and welcome a man accused of sordid conduct to the U.S. Senate just as Republicans prepare to defend their congressional majorities in 2018.

The election has also renewed lingering tension between Trump, who backed Moore in the campaign's final days, and the Republicans who control Congress, Senate Majority Leader Mitch McConnell chief among them, who called for Moore to abandon the campaign promise an ethics investigation if he's elected.

On the ground in Alabama on Tuesday, those who stood in line to cast their ballots were far more focused on the candidates than the broader political fallout.

"He's not a truthful man," 69-year-old Mary Multrie said of Moore. Multrie, who works in a children's hospital, was not influenced by accusations of sexual misconduct against Moore, she said, because she already did not like him. "He talks about God, but you don't see God in his actions."

She was among more than two dozen people queued up in the chilly morning air at Legion Field, a predominantly black precinct in Birmingham, to cast their ballots.

Al Bright, 63, who does refrigeration repair, said he voted for Moore.

"Regardless of the allegations against him, I believe he is an honorable man," Bright said.

Teresa Brown, a 53-year-old administrative assistant, said she preferred Jones, in part, because he would be better positioned to work across party lines.

"We don't need a pedophile in there," Brown added.

Tuesday's winner will take over the seat previously held by Attorney General Jeff Sessions through 2020.

One seat alone will not change the balance of power in the Senate, where Republicans hold a 52-48 majority, but a loss would make it harder for Trump to push legislation through a bitterly divided Congress. A GOP loss would also give Democrats a clearer path to a Senate majority in 2018 — albeit a narrow one — in an election cycle where Democrats are far more optimistic about seizing control of the House of Representatives.

Ultimately, Tuesday's contest came down to which side better motivated its supporters to vote. Alabama Secretary of State John Merrill said turnout likely would not exceed 25 percent of registered voters.

Jones fought to cobble together an unlikely coalition of African-Americans, liberal whites and moderate Republicans.

"This is an important time in Alabama's history, and we feel very confident where we are and how this is going to turn out," the Democrat said after casting his ballot Tuesday.

Moore, who largely avoided public events in the final weeks of the race and spent far less money on advertising than his opponent, was counting on the state's traditional Republican leanings and the strength of his passionate evangelical Christian supporters.

Moore sidestepped questions about sexual misconduct as he arrived at his polling place on horseback.

Democrats were not supposed to have a chance in Alabama, one of the most Republican-leaning states in the nation.

Trump defeated Democrat Hillary Clinton here by nearly 28 points just 13 months ago. Yet Moore had political baggage that repelled some moderate Republicans even before allegations of sexual misconduct surfaced.

Moore was removed from his position as state Supreme Court chief justice the first time after he refused to remove a boulder-sized Ten Commandments monument at the state court building. The second time, he was permanently suspended for urging state probate judges to refuse marriage licenses to same-sex couples.

In his final pitch before polls opened across the state, Jones called the choice a "crossroads" and asked that "decency" prevail.