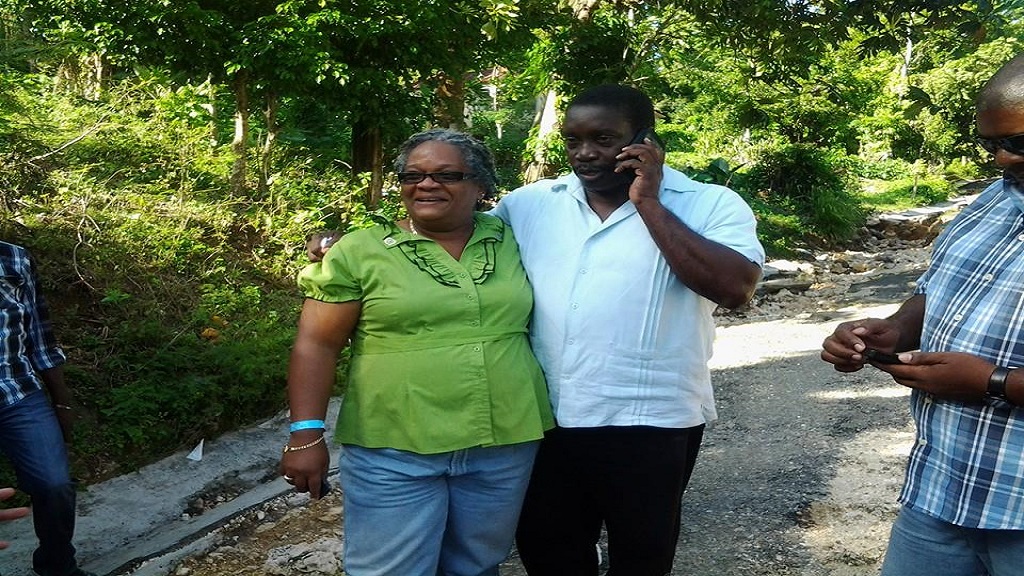 Sharon Hay-Webster in the company of Jamaica Labour Party (JLP) Chairman, Robert Montague, and others on the campaign trail. (Photo: Hay-Webster Facebook page)

Politician Sharon Hay-Webster was attacked by would-be robbers in a section of downtown Kingston on Saturday.

Reports are that the former Member of Parliament (MP) was conducting business when she was approached by men who attempted to rob her.

However, she managed to escape unharmed.

“Praise God for my locks. Just got mugged downtown. Long locks and defence moves saved me right at car door (on) King Street car park. Ole brute get nuttin…,” said a tweet from the politician who was a representative of the People’s National Party (PNP) at one point, but who later stepped down from that party and eventually represented the Jamaica Labour Party (JLP).

Born in September 1961, Hay-Webster was a member of the House of Representatives of the Parliament of Jamaica from 1997 to 2012, representing the PNP.

She came to international attention after the 2004 coup d'état in Haiti, when she escorted deposed Haitian President, Jean-Bertrand Aristide, from his temporary exile in the Central African Republic to Jamaica at the invitation of then Prime Minister of Jamaica, PJ Patterson.