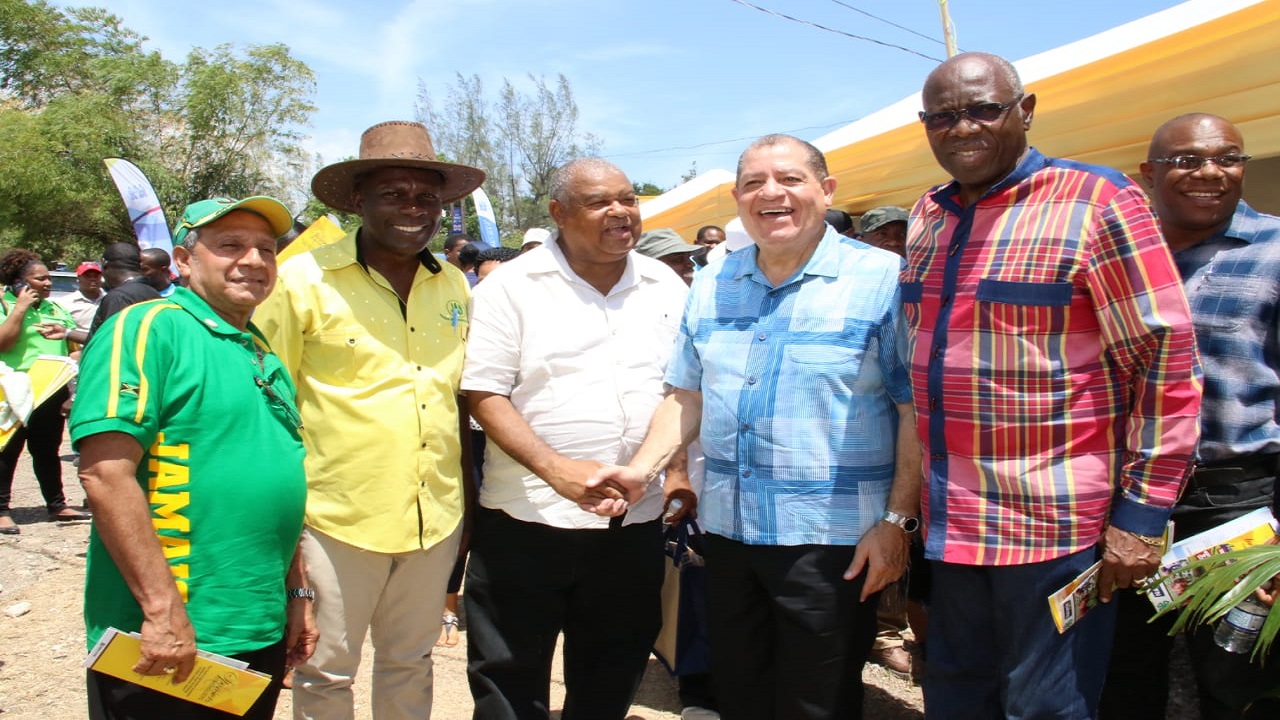 It is not often that all of seven top-level politicians from the Government and the Opposition are captured in one location all in a good and cooperative spirit.

But the sense of fulfilment at the first day of the 66th staging of the Denbigh Agricultural, Industrial and Food Show in Clarendon seemed to have done the 'trick' on Saturday.

Cabinet ministers Audley Shaw, JC Hutchinson and Mike Henry were on hand for Shaw's first official tour of the annual event as the new Agriculture Minister, while Opposition Spokesman on Agriculture and Rural Development, Dr Fenton Ferguson, and his deputy, Victor Wright, were on hand, and the pair of Paul and Angela Burke, former People's National Party (PNP) General Secretary and present Member of Parliament (MP), respectively, made a surprise and colourful appearance as show goers. 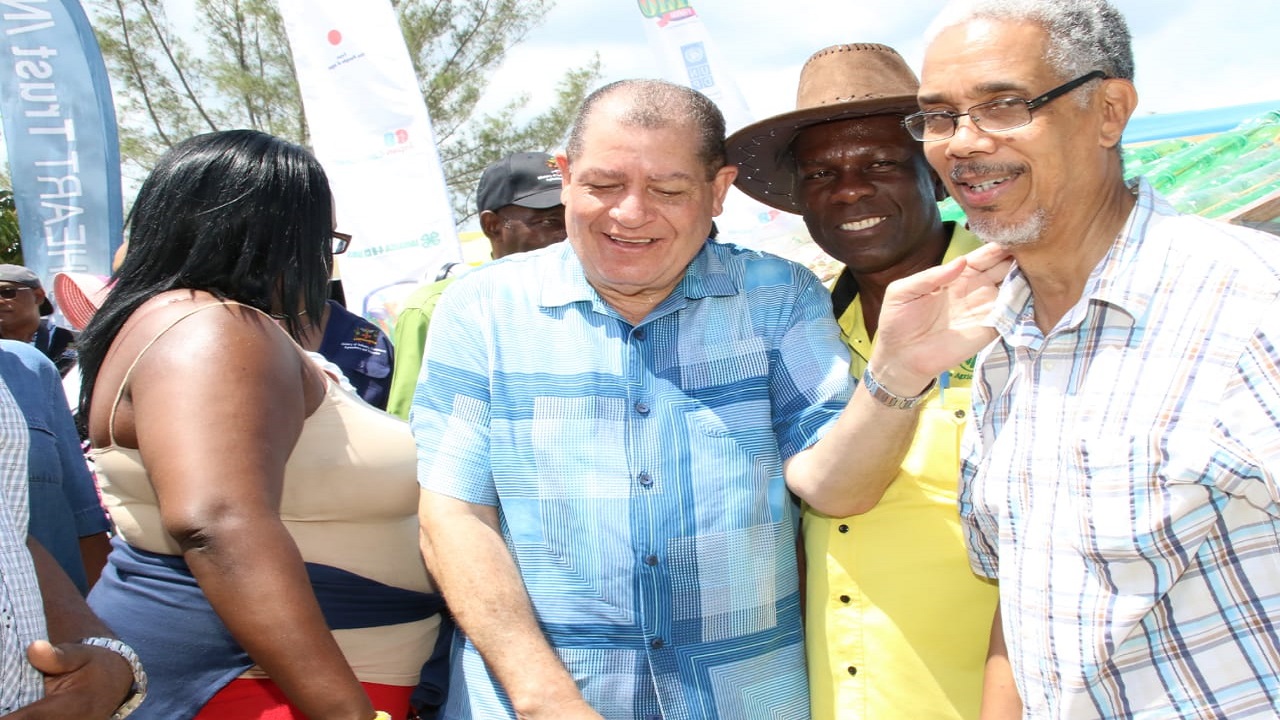 From hugs and kisses for Angela Brown-Burke, to complimentary exchanges all around, the politicians were all shining examples of diplomacy and civility, in stark contrast to some of the more regrettable behaviour among elected representatives in the Lower House of Parliament over recent times.

Even during formal aspects of the show, Hutchinson and Ferguson could regularly be seen in cordial exchanges, and Wright, who represented Ferguson at the formal presentation ceremony in the afternoon, ended up almost in a 'complimentary' contest with Shaw, with each giving due regard for the other side's input into this development of the agricultural sector over time.

Interestingly, though, both pledged to work harmoniously together going forward, for the betterment of the country, leaving some to wonder if those promises likely only extend to a soon to be convened sitting of the Lower House.