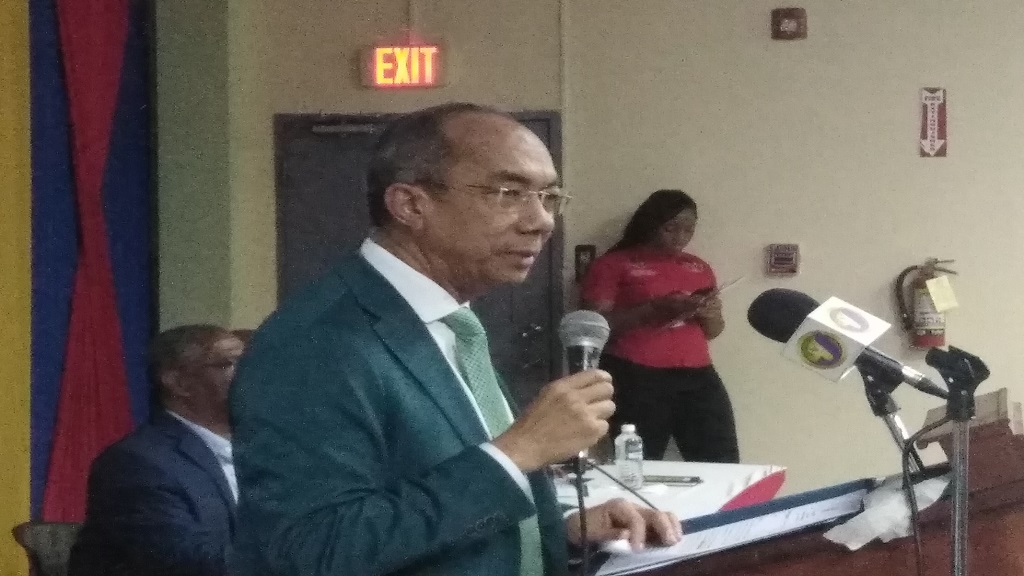 National Security Minister, Dr Horace Chang, has announced plans to secure a parcel land in St Elizabeth to establish a base to train an additional 800 recruits for the Jamaica Constabulary Force (JCF) per year in order to make more police officers available for deployment.

"We are seeking to acquire a property in St Elizabeth to train about another 800 police officers a year. We are rebuilding Harman Barracks and expanding the police college," the security minister disclosed.

He was delivering the keynote address at the State of Awareness Security forum put on by the University of the West Indies (UWI) Mona Western Jamaica Campus in Montego Bay, St James on Thursday.

Chang further stated that the ultimate goal is to train some 1,600 police officers annually.

"We intend to get to 1,600 per year so we can put more men and women on the streets that will assist in making your environment safe. That is the key thing we are doing so (that) when the SOEs finish you can walk safely," he added.

Chang explained that in an effort to cauterise the attrition rate in the JCF, some courses that police officers usually pursue externally will become part of their training courses.

"We intend to make the course more attractive by putting in there police courses that you normally do outside, so instead of doing a degree in law and sociology, you can do police work actually and stay in the force, build your skills and (we) retain the men and women who come in the force. Bright people come in the police force, but often a lot of them go and do specialised degrees and leave. We want to keep them involved, so we are training more," Chang said.

167 recruits graduate within the Department of Correctional Services