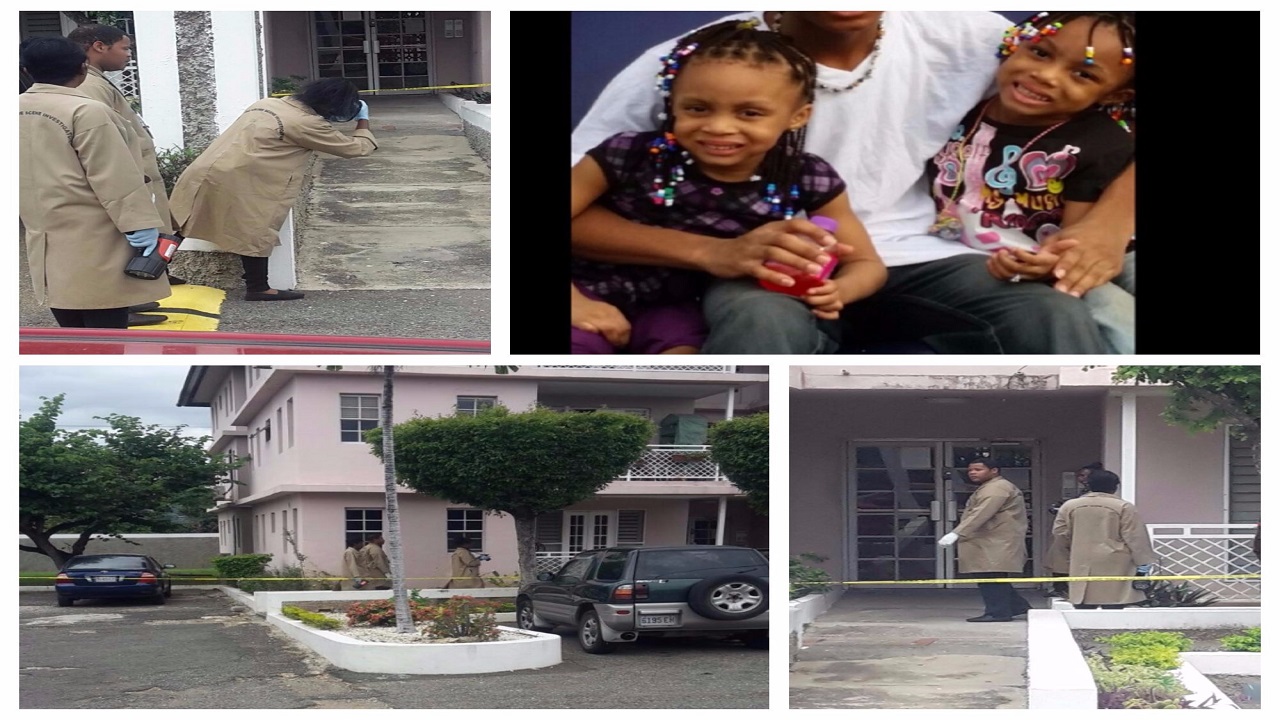 Rosrick and Rosricka King were found motionless in their home at Washington Court complex, off Washington Boulevard in St Andrew, on Saturday.

Police suspect that the two infant girls found dead in a St Andrew apartment had been strangled.

The bodies of the deceased girls were seen with frothy mucus, with blood gushing from their nostrils and mouths; their lips, the palms of their hands and feet appeared to be blue in colour and what appeared to be urine [was] on their clothing.

The police are awaiting post-mortem results to confirm the cause of death.

Reports are that on Friday, the children’s mother left them in the care of her 15-year-old son to conduct business in Ocho Rios.

The mother claimed that at about 6:45 am she got a call from her son while she was still in Ocho Rios that he found his sisters laying motionless bleeding from the nostrils and mouths.

The children's aunt were summoned and she rushed the infants to Bustamante Hospital for Children where they were pronounced dead by a doctor.

Police up to late Saturday was still questioning the mother and other relatives in relation to the incident.

The death of the children has left residents in the area in shock.

“Have mercy on us father what is this I am hearing why Lord why,” one woman said as she wept openly and had to be consoled by close relatives.

The woman made the comment metres away from where a team of detectives were seen carrying out their investigations.