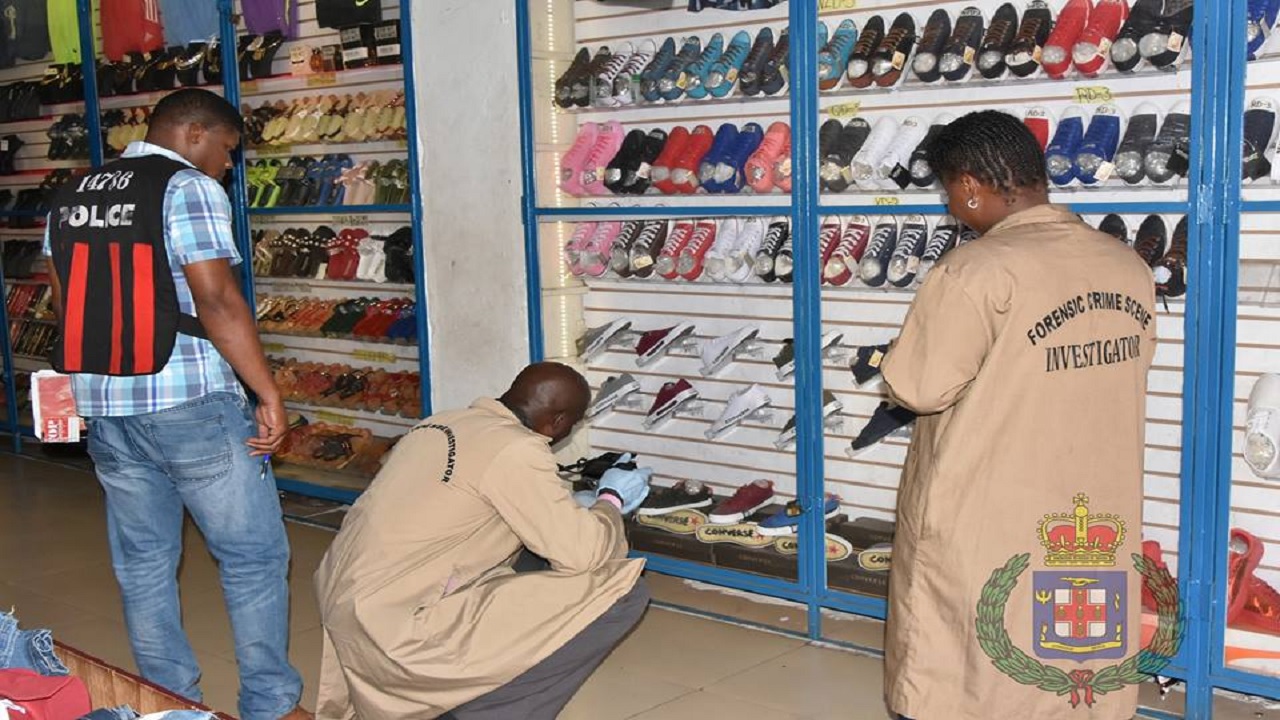 C-TOC investigators during an operation at a store in downtown Kingston earlier this year.

More than 1,000 counterfeit items worth more than $9 million have been seized by police in downtown Kingston.

Reports are that the items were seized about 12:10 pm Monday by a team from the Counter-Terrorism and Organised Crime Investigation Branch (C-TOC) during an operation at a premises on Mark Lane.

"The Police have recognised that criminal elements are capitalising on the growth of global trade and the use of technology, to create and sell fake goods to unsuspecting consumers," police said in the release, adding that, in 2017, the estimated loss due to counterfeit goods amounted to more than US$98 billion.

To date, C-TOC has seized over J$1.5 billion worth of counterfeit goods, the release said.

C-TOC strikes with counterfeit seizure at business on Constant Spring