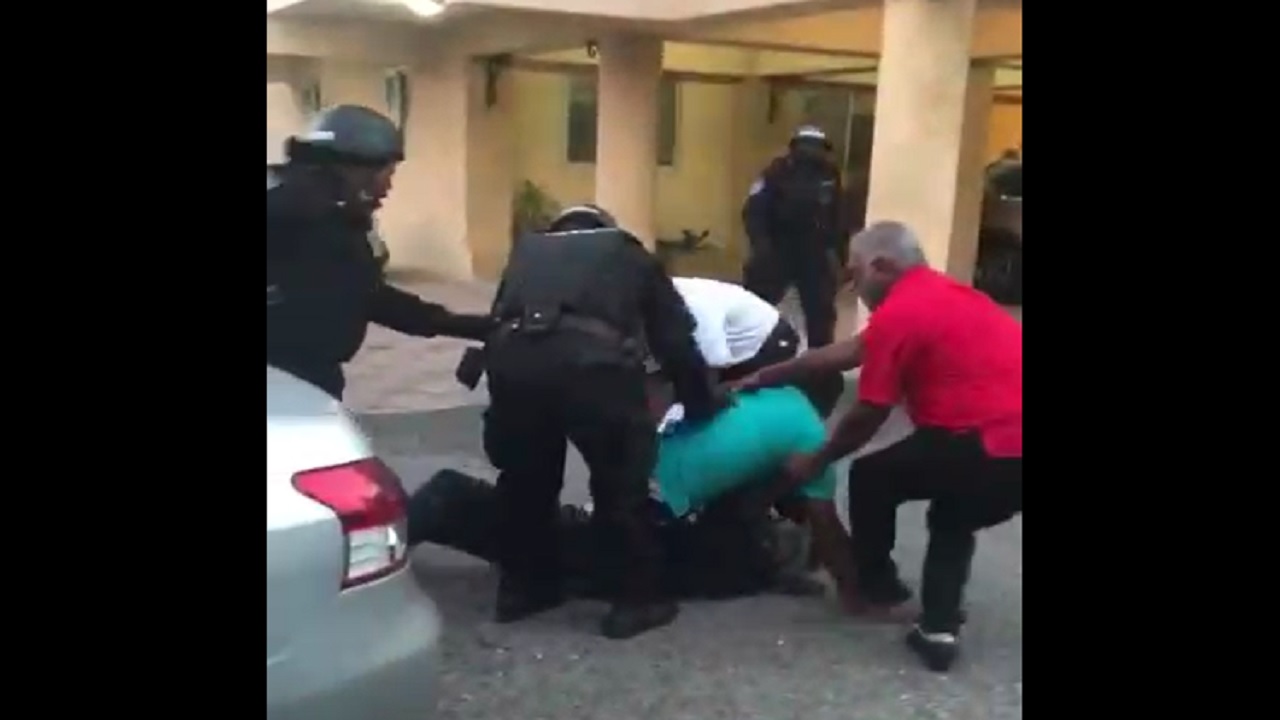 Police are probing the shooting of a man, believed to be a security guard, by a licensed firearm holder on the compound of an apartment complex in New Kingston on Monday.

Detectives from the Half Way Tree Police Station told Loop News that they are now collecting statements and are looking at video footage from a number of cameras that captured the incident, which occurred about 6pm on the Braemar Avenue compound.

The video footage of the incident shows the licensed firearm holder engaged in a heated discussion with uniformed security officers about leaving the property, before being attacked from behind by a man in civilian clothing said to be a security guard for the complex.

A struggle ensued between the two men and a shot was subsequently fired, hitting the alleged security guard in the neck.

The injured man was rushed to the University Hospital of the West Indies, where he was admitted in stable condition.

The licensed firearm of the shooter was seized for ballistic testing.