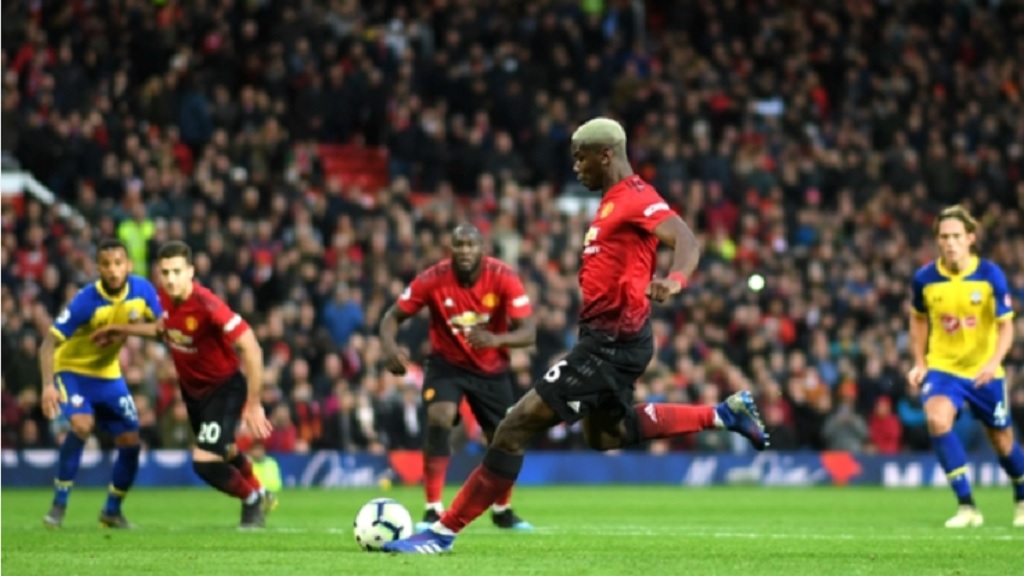 Paul Pogba joined Romelu Lukaku in dismissing reports of a row between the two after Manchester United's win over Southampton, calling the claims "funny".

Lukaku had struck twice to help give United a 3-2 lead at Old Trafford on Saturday when Ole Gunnar Solskjaer's side was awarded a late penalty.

Pogba stepped up to take the spot-kick, rather than allowing Lukaku the chance to seal a hat-trick, and the France midfielder saw his effort saved by Southampton goalkeeper Angus Gunn.

A report in British newspaper The Sun, which quoted an unnamed United source, claimed Pogba and Lukaku had a row over the penalty following the match and needed to be calmed down by Solskjaer.

"When the hate don't work they start telling lies," came an apparent response from Lukaku on Twitter, and Pogba has followed suit.

Posting to his Instagram account, Pogba wrote: "When the hate don't work they start telling lies... Hahahahaha people are too funny bro."

Pogba and Lukaku have long been considered close friends, with the pair even holidaying together when in 2017, just prior to the Belgian joining United from Everton.

Lukaku is expected to start for United in Wednesday's Champions League last-16 second leg against Paris Saint-Germain, but Pogba is suspended after being sent off against the Parisians in the 2-0 Old Trafford defeat last month.