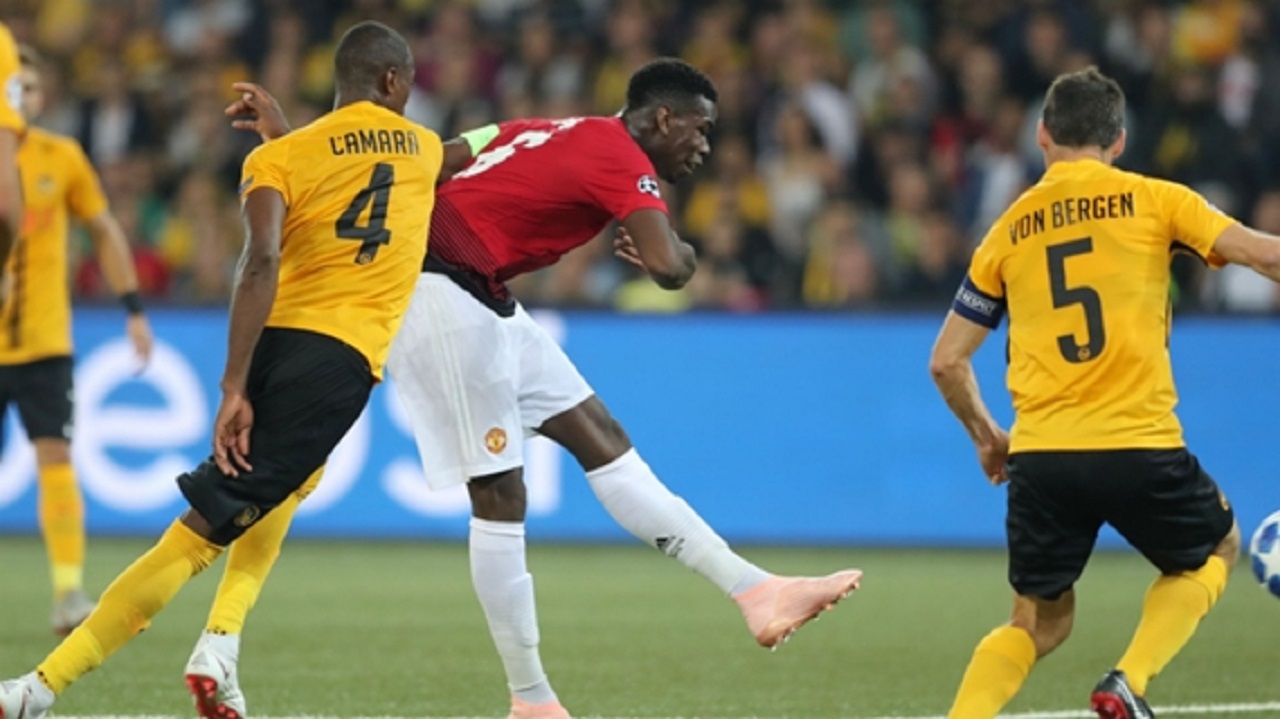 Paul Pogba scored twice as Manchester United kicked off their Champions League Group H campaign with a 3-0 win over Young Boys on Wednesday.

Jose Mourinho's side was lucky not to be behind after a sluggish start against the Swiss champions, but World Cup winner Pogba handed them an undeserved lead after 35 minutes with a superb finish from 16 yards.

He followed that up with a cool penalty as United – who handed a debut to Diogo Dalot at right-back - went into the interval with a two-goal lead.

Pogba then turned provider in the 66th minute, feeding Anthony Martial for his first goal since January 20, as United got their Champions League campaign off to a resounding start.

The United goalkeeper was called into action again to tip over Mohamed Ali Camara's fizzing long-range drive before Marcus Rashford clipped an effort against the outside of the post as United belatedly woke from their slumber.

Pogba netted his first 10 minutes before the interval, shuffling the ball into space just inside the penalty area and steering a fine finish into the roof of David von Ballmoos' net.

He grabbed his second in the 44th minute, stroking home a spot-kick after Kevin Mbabu was harshly judged to have deliberately handled Luke Shaw's cross in the area.

Pogba was proving too hot for the hosts to handle and set up United's third shortly after the hour, laying the ball into the path of Martial, whose right-foot effort from 10 yards was deflected past Von Ballmoos by Camara.

Substitute Juan Mata whipped a late effort narrowly past the post, while Romelu Lukaku saw a late effort denied by the offside flag, but it mattered little as a Pogba-inspired United got their Champions League campaign off to a flier.