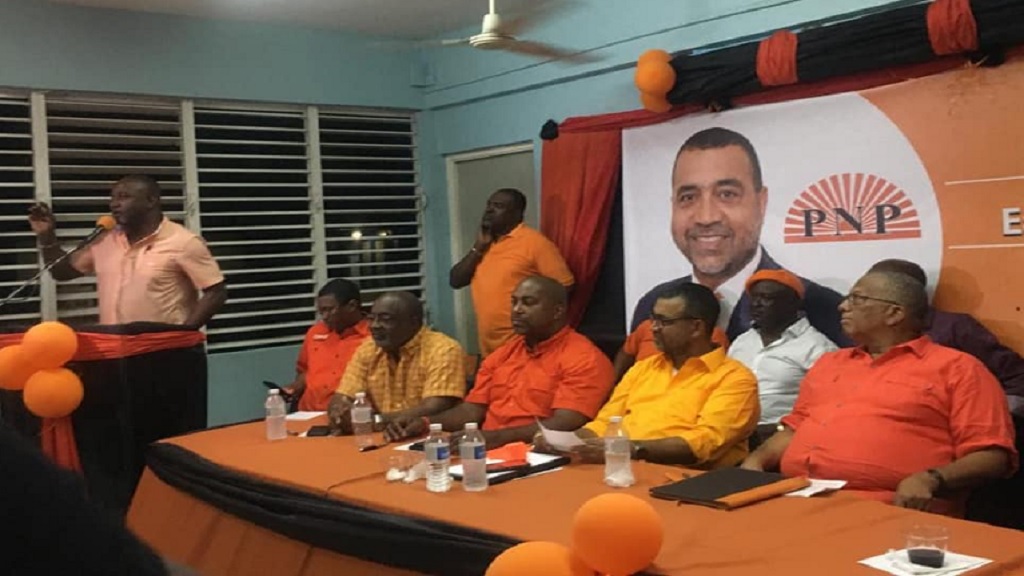 The People's National Party (PNP) has expressed regret in relation to what has been viewed as disparaging and homophobic remarks made by senior members of the PNP at a party meeting on Sunday.

The senior comrades, who were speaking during a PNP meeting in East Central St Catherine to formally introduce former Chief Medical Officer, Dr Winston De La Haye as the party’s caretaker/candidate for the upcoming general election, took repeated swipes at Member of Parliament for the constituency, the Jamaica Labour Party’s Alando Terrelonge.

They urged supporters to ensure that the first-term MP is sent packing after the elections. He was described as a “fake rastaman” by North West St Ann MP, Dr Dayton Campbell, while North Clarendon MP, Horace Dalley said “…PNP straight, we nuh bend up bend up”.

And, while using the analogy of a race, South St Andrew MP, Mark Golding said “Terrelonge, when him see the straightness of the man who’s coming against him, will be wobbling and shaking in his boots…”

Facing criticism, the PNP responded with a brief statement on Tuesday morning expressing regret at "what has been viewed as homophobic utterances" by some of its spokespersons at the presentation of De La Haye to party supporters.

“The party wishes to affirm its commitment to non-discrimination based on class, colour, creed or sexual orientation,” the statement concluded.