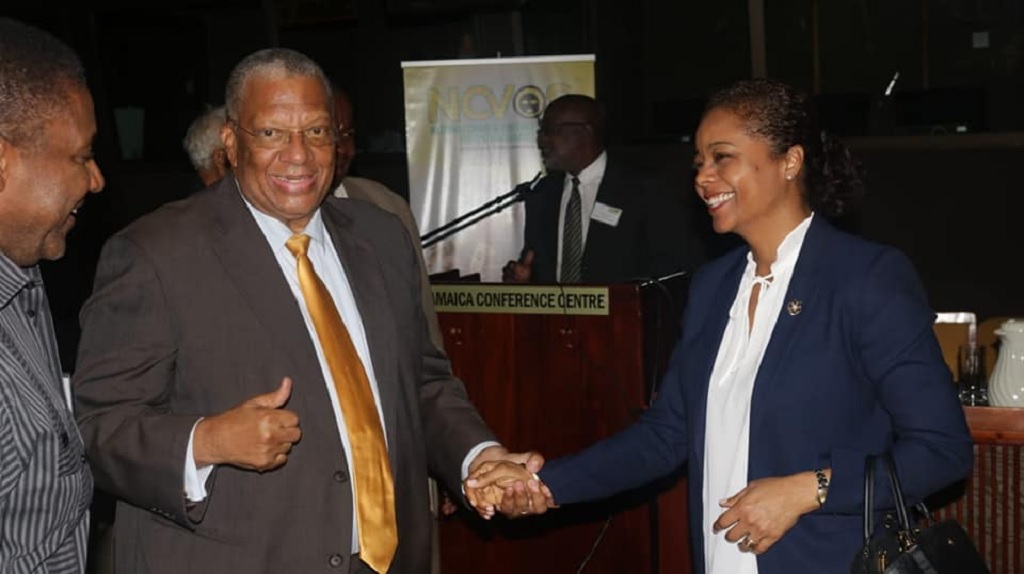 Opposition Leader Dr Peter Phillips says his People’s National Party was forced to stage its own crime summit because of - in his estimation - Government's failure to convene a national discussion on the issue, as well as what he said was the Holness administration's failure to reduce crime, in particular murders.

He made the declaration at the PNP's crime summit at the Jamaica Conference Centre in downtown Kingston on Tuesday.

“We decided to convene this stakeholders meeting because it is evident that, despite the declaration of seven states of emergency (SOEs) in separate police divisions, plus two zones of special operations in just over two years, there is still no sign of any sustained reduction in the levels of murder or violent crimes," Phillips said.

Prime Minister Andrew Holness, in seeking to extend the SOEs, has often pointed to Jamaica’s high murder rate which, at 46 per 100,000 of the population, is way above the regional average of 16 per 100,000 and the world average of six per 100,000.

Holness has said it could take up to seven years of special operations to bring the country's murder rate in line with the regional average, about 500 homicides per year, down from the current figure of around 1,200.

Phillips seized on those numbers on Tuesday, pointing out that the international benchmark for murders in countries with civil war conditions was 30 per 100,000 population with Jamaica being above that figure at 46 per 100,000.

“This puts us in a category of high crime countries, like El Salvador and Lesotho,” Phillips stated.

Like he did during the recent debate in the House of Representatives to extend the SOE in the St Andrew South police division, Phillips noted that Jamaica’s murder rate has been doubling over the decades and is costly. He noted that crime was robbing the economy of between five per cent and nine per cent of its gross domestic product (GDP).

Meanwhile, Opposition spokesman on National Security, Fitz Jackson, said the aim of the crime summit is to find suitable solutions to the country’s crime problem.

“We have tried hard policing, community policing, some amount of social intervention, zones of special operation and states of emergency but the murder rate continues to grow…Our communities are crying out for help,” Jackson stated.

“We need to respond, and this summit is one response that has been too long in coming,” he added.

In the meantime, Attorney General Marlene Malahoo Forte, who represented the Government, brushed aside criticism from the Opposition that the breakdown of the Vale Royal talks meant there was no national consensus on fighting crime.

The Opposition has criticised the Holness administration for not following through on promised stakeholders’ meetings since the initial Vale Royal talks in January between Holness and Phillips.

“It is true that some of the follow up meetings desired are yet to be convened. But it is also true that the Government has been regularly convening various other meetings where the Opposition and other stakeholders have been present,” Malahoo Forte insisted.

Stating that she expects the Vale Royal talks to resume soon, the attorney general said: “We take it as our duty to our country to, and for our citizens, to ensure that these non-partisan consultations take place.”