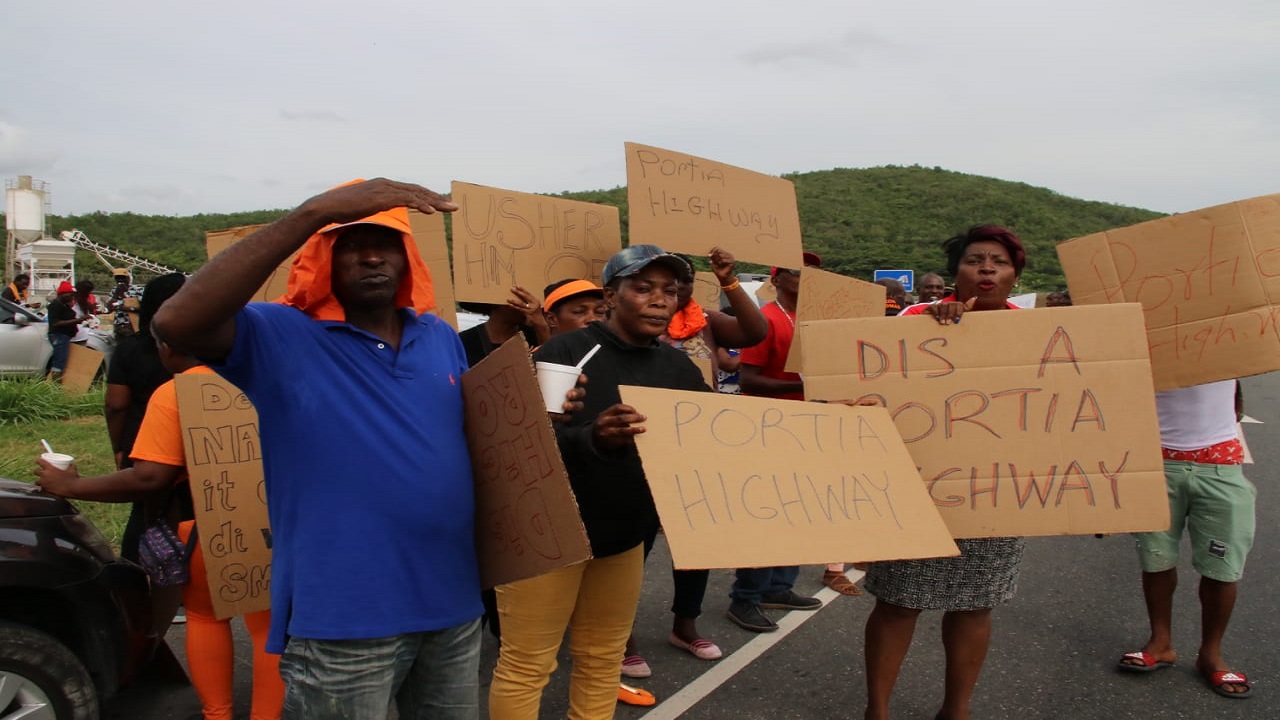 Both the leadership and supporters of the Opposition People's National Party (PNP) are out in numbers at the Caymanas entrance to the North-South Highway, which is being named in honour of former Jamaica Labour Party Prime Minister, Edward Seaga, on Tuesday.

Under the watchful eyes of heavy police presence, the protesters vented anger at the Government's decision to name the highway in favour of Seaga, instead of another former Prime Minister, Portia Simpson Miller.

Jackson said the protest was in support of a resolution by the St Catherine Municipal Corporation, calling for a section of the highway to be named in honour of Simpson Miller.

The PNP chairman also said he would have no difficulty supporting a decision of a future PNP government to rename the highway in honour Simpson Miller.

Jackson summed up their position.

"It is simply inappropriate to name it after him, and I have found it regrettable that the leadership of the Government has failed to protect the legacy of Mr Seaga, by consenting and proceedings to dishonour him in this way."

Jackson closes by saying that: "I do believe that there are times when the best of us need to be protected against our own ourselves."

The official renaming ceremony is underway.

PNP still against renaming of North-South Highway after Edward Seaga