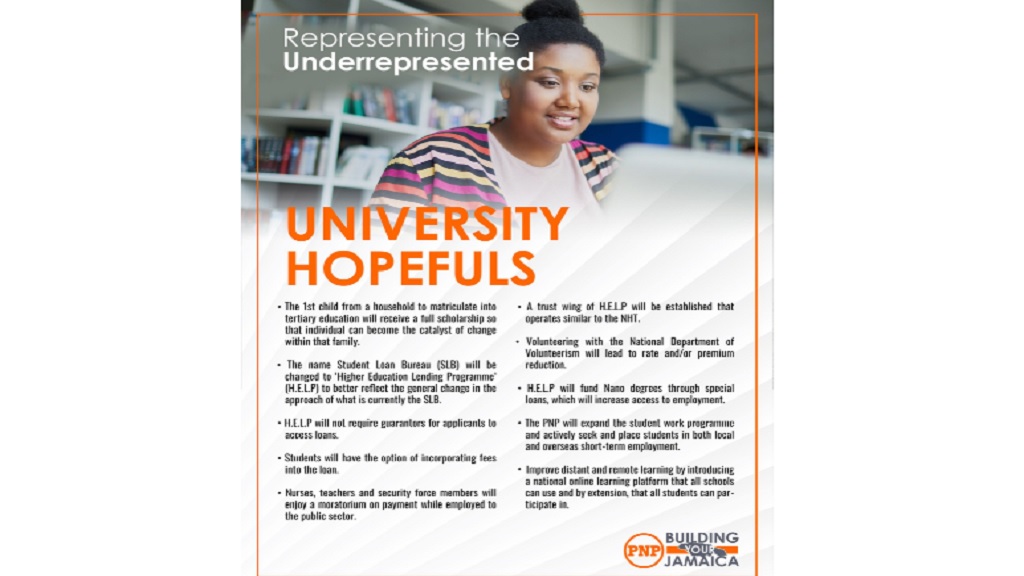 A page from the People's National Party (PNP) manifesto ahead of the September 3 General Elections.

The manifesto of the People’s National Party (PNP) was released to the public online on Thursday, with the printed versions expected to follow within days.

In the online version, however, individuals are directed to snapshots of the document based on questions answered at the beginning of a tour of the website.

Jamaicans have been patiently waiting on the manifestos of both of the island’s main political parties, the Jamaica Labour Party (JLP) and the PNP, since Prime Minister Andrew Holness announced the election date on August 11.

In the September 3 General Elections, the PNP is seeking to unseat the JLP from Government by winning at least 32 of the 63 seats in the House of Representatives.

Up to the recent dissolution of Parliament for the elections, the JLP had 34 seats in the House, with the PNP having the other 29.

The JLP is yet to release a manifesto. The party said the document is being fine-tuned and will be ready for release within days.