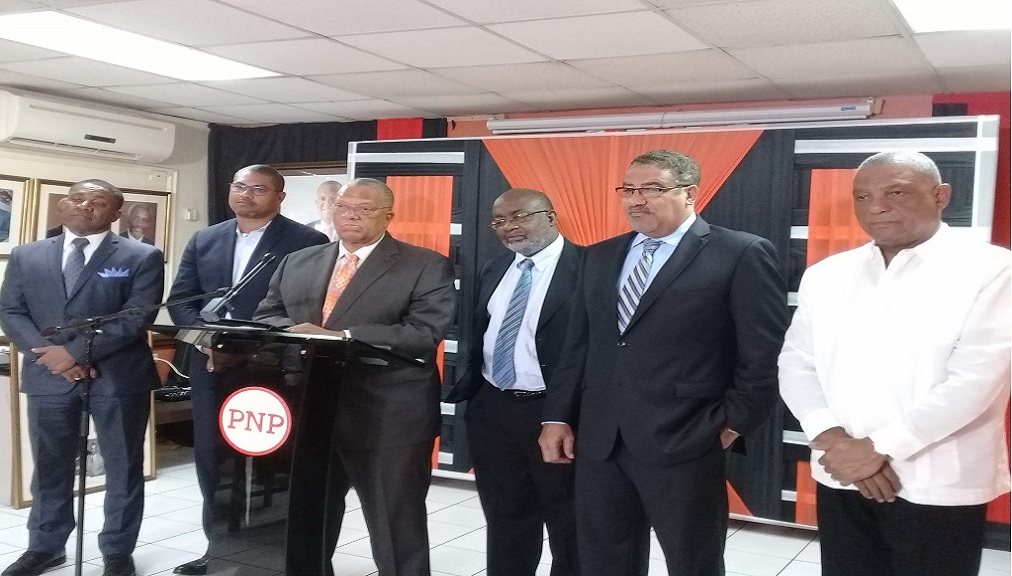 The People's National Party (PNP) has called on the Government to act on the various corruption issues that have been circulating in the public domain over the last two years, without any significant penalties or action, outside of resignations, being directed at those who the claims have been made against.

According to Opposition Leader, Dr Peter Phillips, the Government's ‘inaction’ is normalising corruption in the country, resulting in the island losing ground on Transparency International's Global Corruption Index in September.

Phillips, speaking at a press conference at the PNP’s headquarters in St Andrew on Monday, said the Opposition is prepared to start various forms of counter-actions to highlight the Government's ‘inaction’ on corruption.

Among the issues that Phillips brought up at the press conference were:

* The de-bushing programme in which several ministers were named as being suspected of having
had questionable roles, in the former Office of the Contractor General’s (OCG) report on the matter.
* The Universal Service Fund (USF) issue, with claims of nepotism and cronyism, including the hiring
of an unqualified chief executive officer (CEO) over nearly 20 other candidates
* Perceived misuse of funds at the Ministry of Local Government, as well as at the Students’ Loan
Bureau (SLB).
* Rooms on the Beach, which was reportedly sold at significantly below market value.
He also mentioned the Petrojam/National Energy Solution (NESOL) scandals, in which he said court
actions have not started or arrests made after extensive probing by the Major Organised Crime and
Anti-Corruption Agency (MOCA) and the National Integrity Commission, and the matter of the board
of the Petroleum Corporation of Jamaica (PCJ) remaining in place despite having oversight
responsibility for Petrojam.

Phillips said that should the Government fail to publicise reports and statuses of the ongoing corruption investigations within the next 30 days, the Opposition will meet with stakeholders to decide on the course of actions that will be taken, which could include public protests.

Among the priorities of the PNP's call for action to be taken is for the firing of the board at the Caribbean Maritime University (CMU) and the return to leave of President of the institution, Professor Fritz Pinnock.

Phillips said Pinnock was returned to his post without a comment from the Government and without any indication that the investigations into questionable actions at the the institution having been completed.

“No arrests have been made, neither in relation to the Ministry of Education or (the) CMU scandal, despite much evidence provided publicly to the misuse of funds. There have been many scandals over the last three years where investigation have been completed and no action (has been taken)," said Phillips.

According to him, the Government's failure to act on these issues in question will develop a level of distrust by the public in governance institutions.

"Any administration that is so embroiled in corruption and no longer enjoys public trust cannot carry Jamaica forward. We now call on Jamaicans, wherever you are in the church, in the community, in civil society, to take a stand. The future of our country depends on you," said Phillips.