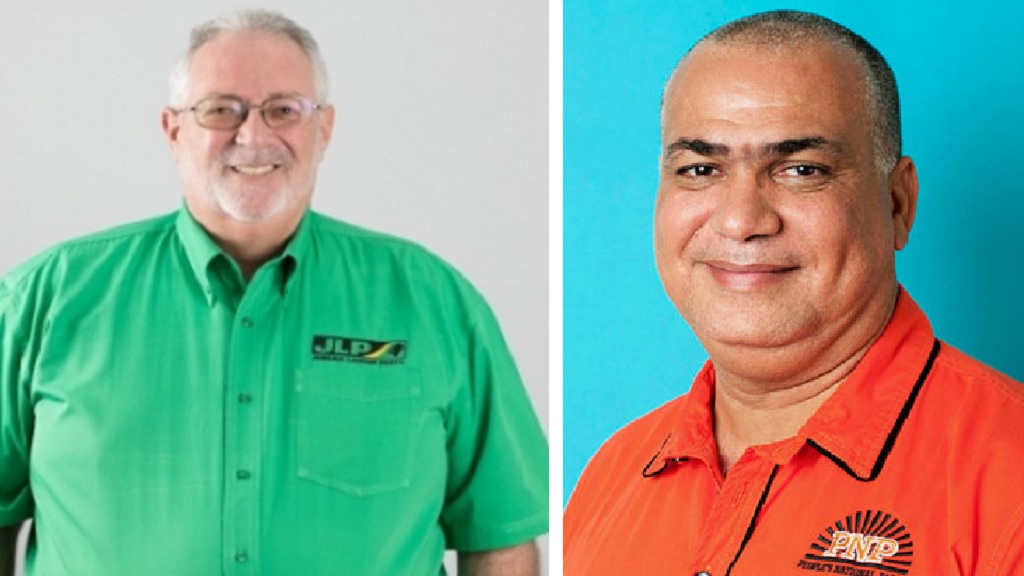 The JLP’s Phillip Henriques (left) and the PNP's Richard Azan.

General Secretary of the People's National Party (PNP), Julian Robinson has indicated that the party will be filing an application for a magisterial recount of the votes cast in North Western Clarendon in last Thursday’s general elections in which the PNP won 15 seats to the 48 won by the Jamaica Labour Party (JLP).

That filing could come as early as Thursday.

At the end of the preliminary count last week, the JLP’s Phillip Henriques was declared the winner of the seat after he polled 6,124 votes to the 6,009 that were cast for the PNP’s candidate, Richard Azan. Independent candidate Merrick Cohen received 51 votes.

However, there is a major development with some 1,107 or just over nine per cent of ballots cast in the constituency said to have been rejected.

For its part, the JLP has indicated that it will be filing for magisterial recounts in two additional constituencies - North West St Catherine and South East St Ann which were won by the PNP.

Regarded as a PNP bastion, Lisa Hanna carried South East St Ann for the opposition party but by a mere 32 votes after Saturday’s official count. The preliminary count on the night of the election had her retaining the seat by just 14 votes.

Meanwhile, businessman Hugh Graham was declared the winner in the North West St Catherine seat by 22 votes. The PNP has held the seat since 1989.

In the meantime, the JLP also filed for a magisterial recount of the Eastern Westmoreland seat which it lost after the returning officer was forced to break a tie. This after the PNP’s Luther Buchanan and the JLP’s Daniel Lawrence both polled 4,834 votes following the official count on the weekend. On election night, Lawrence was declared the winner by eight votes. The magisterial recount is scheduled for Friday.