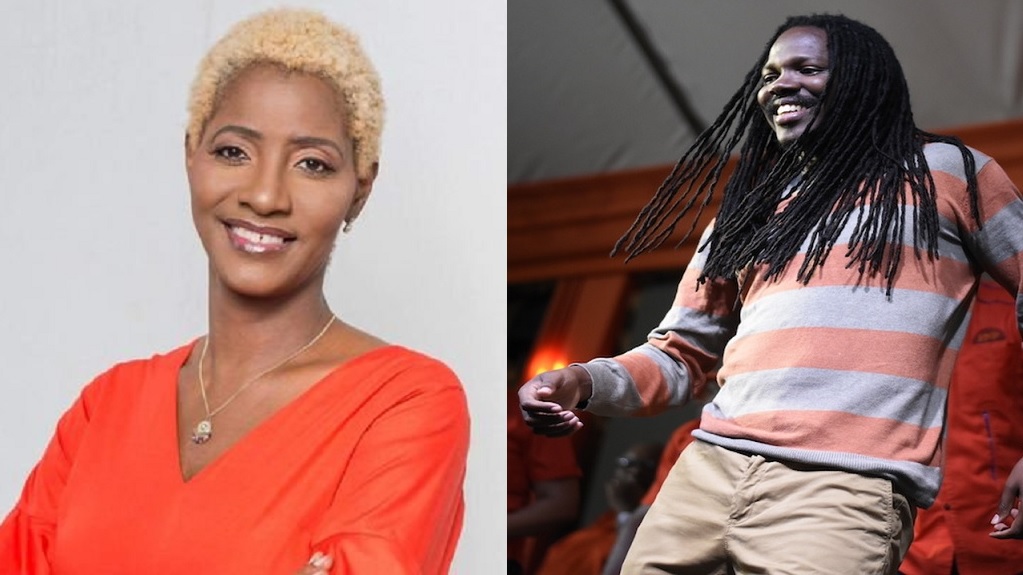 It appears that the mending of fences inside the People’s National Party (PNP) following the extremely combative and oftentimes openly disrespectful campaign mounted by supporters of Dr Peter Phillips and his challenger Peter Bunting, will be difficult.

That’s judging by one of the first public attempts to do so on the social media platform Twitter, by a popular member of Phillips’ OnePNP team, and the dismissive response it received in the form of an expletive on Saturday. This was not long after Phillips was declared winner of the bruising contest by a mere 76 votes, polling 1,427 votes to 1,351 polled by Bunting. Seven ballots were spoiled.

But, even while birthday boy Bunting had his 'earthstrong' celebrations literally rained on as heavy rainfall in the late afternoon poured buckets of water on the National Arena where the special delegates’ conference was taking place, he was gracious in defeat.

Bunting accepted that the delegates had spoken and offered congratulations to Phillips.

However, the supporters of both men appear to be still dug in, in combative, or at least confrontational mode.

When Phillips point man, PNP Vice President Damion Crawford tweeted ‘Well fought Peter Bunting’, he might have been surprised by the F@*# @# response he received from attorney-at-law and Bunting supporter, Jennifer Housen. 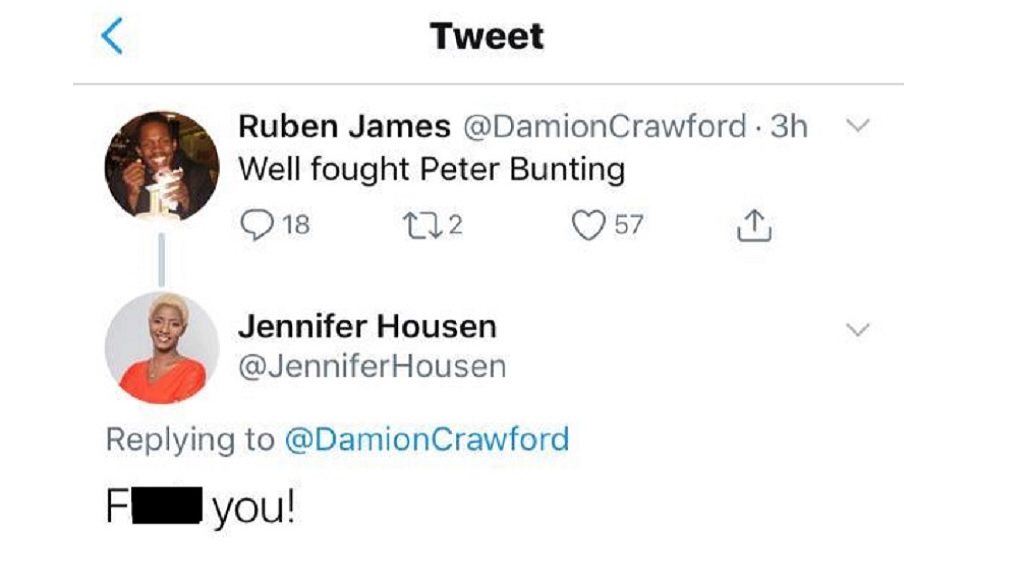 “How dare Damion Crawford come talk bout ‘well fought Peter Bunting’...you were nasty, vile and vitriolic to the man! And this is supposed to be what? Betta you did keep your mouth shut…albeit hard for you…if God was like man eeh see! Smh,” said Housen, the former PNP caretaker/candidate for West Rural St Andrew.

Georgia Crawford also weighed in, tweeting “Housen, who hacked your page. Like lashing out is normal during a period of grief but a so you tek it haadd?”.

“Come on, you are better than this,” Georgia Crawford tweeted.

However, Housen, in reply, fired off another tweet stating “That’s our problem…we live in a sex in the dark culture. Look at the nastiness your brother said about Bunting. Show me one thing Bunting said about him. Grief no have nothing to do with this…shoulda told your brother he was better than that”. 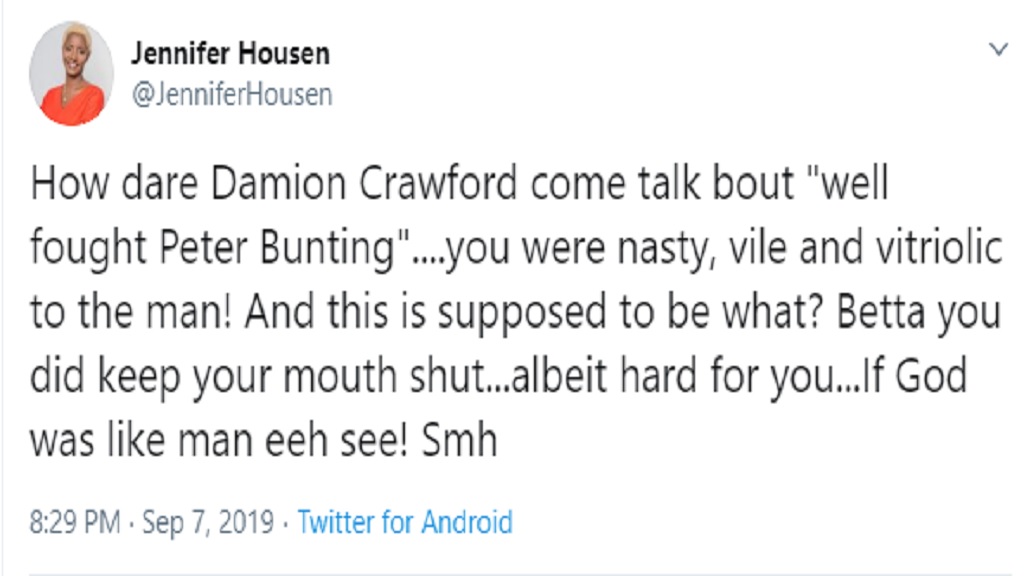 Meanwhile, some disappointed supporters of Bunting’s Rise United campaign openly expressed on Saturday that it was a backward step for the party to have stuck with Phillips, who turns 70 in December.

Bunting was beaten as he turned 59 Saturday, denting his dream of becoming the sixth president of the PNP.

“The PNP will be in Opposition for a very long time,” one Bunting supporter declared.

“Poppy show party we turn, talking about giving a man a chance based on his past record. We are going to get an even bigger beating in the next general election,” another said.

One young Bunting supporter from Portmore, St Catherine, admitted that she was disappointed with the outcome but said she will continue to support the party.

One elderly woman said she supports the PNP, not Phillips and so the party will continue to get her vote. However, she declared that he will be unable to beat Prime Minister Andrew Holness and the Jamaica Labour Party in the next general election.

“Him can’t beat Andrew. You see how long him did siddung like him a stone nah do nutten, a just through him get a opposition (challenge from Bunting) him a jump up and a talk all kinda a tings,” she said.

According to the Bunting supporter, now that Phillips has won, nothing will change inside the PNP.

“Him gone sleep again,” she declared.

According to a young man who is a Bunting supporter, “We just turn Andrew beaten stick. Same thing that PJ Patterson did to Edward Seaga, Andrew gwaan do to Phillips”.

“I am still rising. I only know that PNP going to be in Opposition for a very, very long time. Peter (Phillips) can’t manage, anno him the young people dem want,” one man said as he made it known that “Is PNP mi support. Mi a born PNP, mi can’t change".