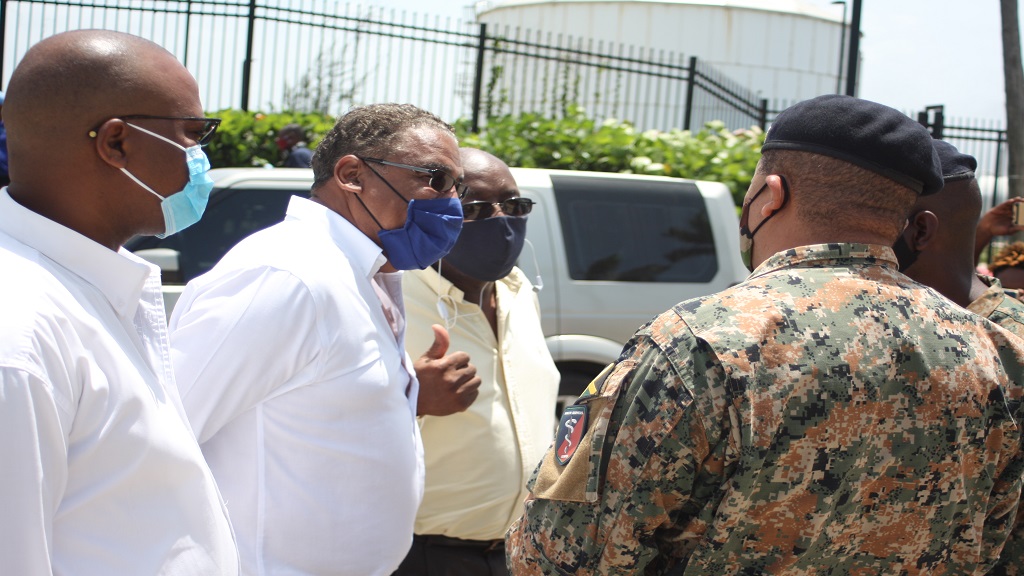 Opposition Spokesman on Tourism, Dr Wykeham McNeill, has renewed a call for the establishment of clear protocols to repatriate Jamaicans who have been stranded overseas since the border was closed amid the local outbreak of the coronavirus (COVID-19) pandemic.

"The first stage is going to be (has to be) Jamaicans, and if you can't get that right, how can we expect to open up to visitors to come to Jamaica.

“So you must have direct, clear protocols, what it is that needs to be done, what is required. Once our partners know that, they will follow the rules and regulations and everyone will have a clear understanding," McNeill stated.

He was speaking to reporters shortly after the arrival of 1,044 Jamaican ship workers on Royal Caribbean’s Adventure of the Seas which docked at the Falmouth Cruise Ship Pier in Trelawny on Tuesday.

McNeill estimated that there are still over 5,000 other Jamaicans workers stranded on cargo and cruise vessels overseas.

On Thursday, during a press conference at the Falmouth pier, Minister of National Security, Dr Horace Chang, said despite the closure of the borders the Government is working assiduously to bring Jamaicans home safely.

“We closed the border (but) we still have a responsibility to them, and the Ministry of Foreign Affairs and Foreign Trade has taken on this role with energy that is unequal in keeping in touch with the relevant countries,” stated Chang.

He cited that there are more Jamaicans abroad on cruise ships and in various countries, who have no yet returned home.

“We are keeping in touch and moving as fast as we can, but while we move to bring in everybody, we have to be careful we don’t restart a process that overwhelms the Health Ministry. The ministry officials have really extended themselves,” said Chang.

JHTA calls for a start date to reopen borders

Days of rainfall causes misery, frustration, grief for many Jamaicans