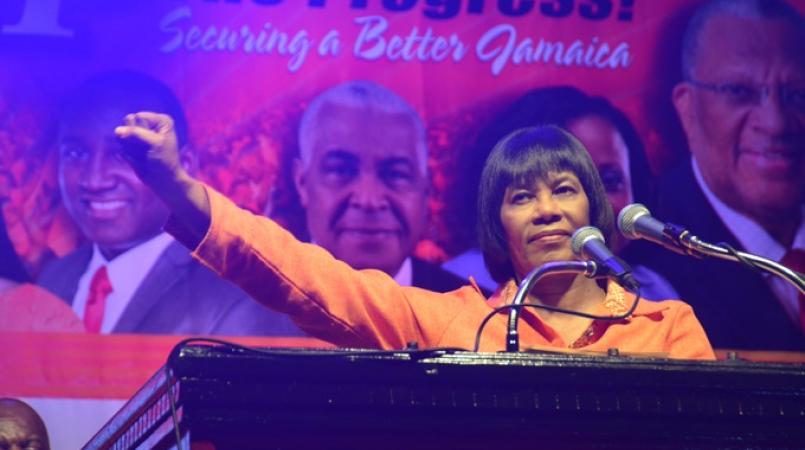 In a move not likely to be supported by the Government, the Opposition-controlled St Catherine Municipal Corporation on Tuesday approved a resolution calling for a section of the North South Highway to be named in honour of former Prime Minister Portia Simpson Miller.

The vote has deepened the controversy surrounding the decision of Prime Minister Andrew Holness to rename the North South Highway in honour of former Prime Minister Edward Seaga.

It was a narrow and possibly largely symbolic victory for the Opposition People’s National Party (PNP) councillors at the specially convened meeting.

Fourteen PNP members voted in favour of the renaming of the highway in honour of Simpson Miller while 13 Jamaica Labour Party members opposed.  If the government were to go along with the wishes of the Opposition councillors, one half of the highway would be named in honour of Seaga who served as Prime Minister from 1980-1989 and the other half in honour of Simpson Miller who served as Prime Minister from 2006 to 2007 and again from 2011 to 2016.

Despite objections from the PNP, the Government is going ahead with the renaming of the highway in honour of Seaga. That will take place during a ceremony on June 12.

The PNP has argued that Seaga had opposed the construction of Highway 2000 which was conceptualized by another former Prime Minister, PJ Patterson. The PNP is particularly peeved that it was Simpson Miller who was head of Government when the section of the highway that will be named in Seaga’s honour, was built.

While it was completed under a PNP administration, the North South Highway was officially opened by Holness in 2016. It was built at a cost of US$600 million and covers a distance of 67 kilometres from Caymanas in St Catherine to Mammee Bay in St Ann.

The opposition spokesman on Transport, Mikhail Phillips has indicated that he has declined an invitation to attend the renaming ceremony.

PNP still against renaming of North-South Highway after Edward Seaga