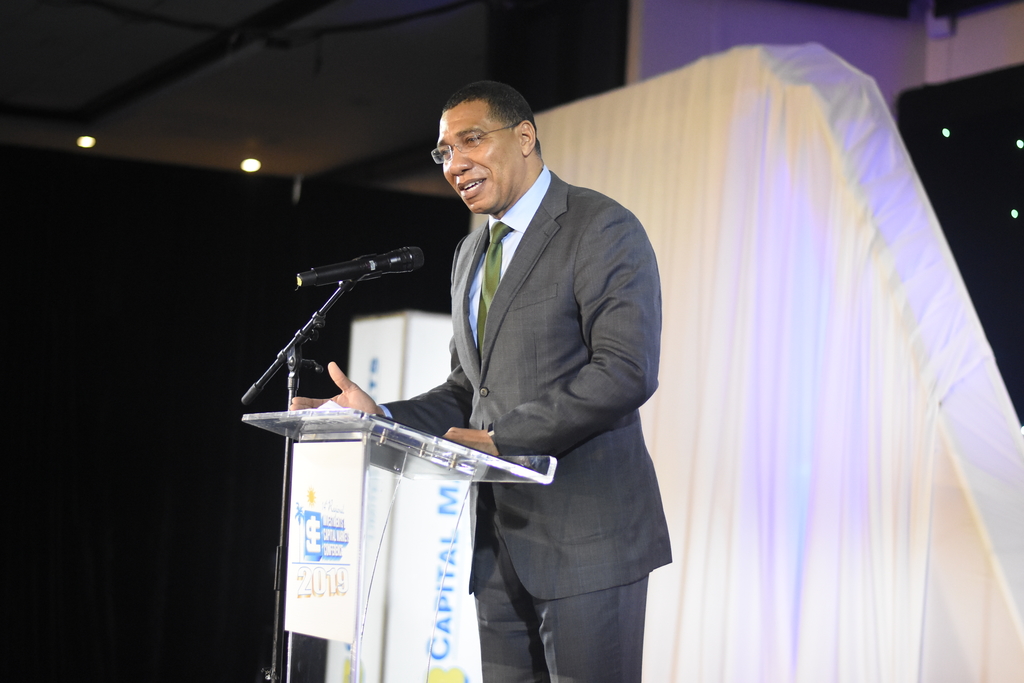 He reckons that increased involvement in the capital markets among voters will promote accountability and stimulate economic growth.

Holness, who was addressing the opening ceremony of the 14th Regional Investments and Capital Market Conference of the Jamaica Stock Exchange (JSE) at Jamaica Pegasus on Tuesday, said shareholders hold directors of publicly listed companies more accountable than voters do for the government.

While acknowledging that some persons may find his statement controversial, the prime minister said he is of the view that public goods can be produced by using a private enterprise model within a regulatory environment.

According to Holness, this is part of the reason the government has started the process of making underutilised and unused government assets available for public ownership and investment.

One such entity is Wigton Windfarm, which will list on the JSE by the end of the month.

Holness went on to note that it is the government’s role is to create a structure for the private sector to understand that it is providing a service for public goods.

“We see it with the JPS, which provides a public good and that is regulated through OUR, and that can be expanded,” Holness said.

According to the prime minister, the public does not see the value of the government's assets, because the belief is that they cannot be traded.

Holness, however, encouraged the public to find out about public entities when they are placed on the stock market and purchase shares to increase wealth.

“I am saying to the average Jamaican … consider buying shares in Wigton when the IPO is announced,” Holness said.

The prime minister also gave assurance that the government is carefully crafting the placement of Wigton Windfarm on the market.

“We want to ensure that the average Jamaican can earn a part of these assets,” he said.

Holness said that the plan is to broaden the base of those who get shares in public sector entities, with the hope that it will help to stimulate improvements in the micro-economy.

“We are here talking about particularly how well we have done at the macro level but at the back of your minds, I am sure you are wondering, then why is it that we are still not cracking that two per cent ceiling for growth?”

He further asked: “What are the issues that are holding us back?