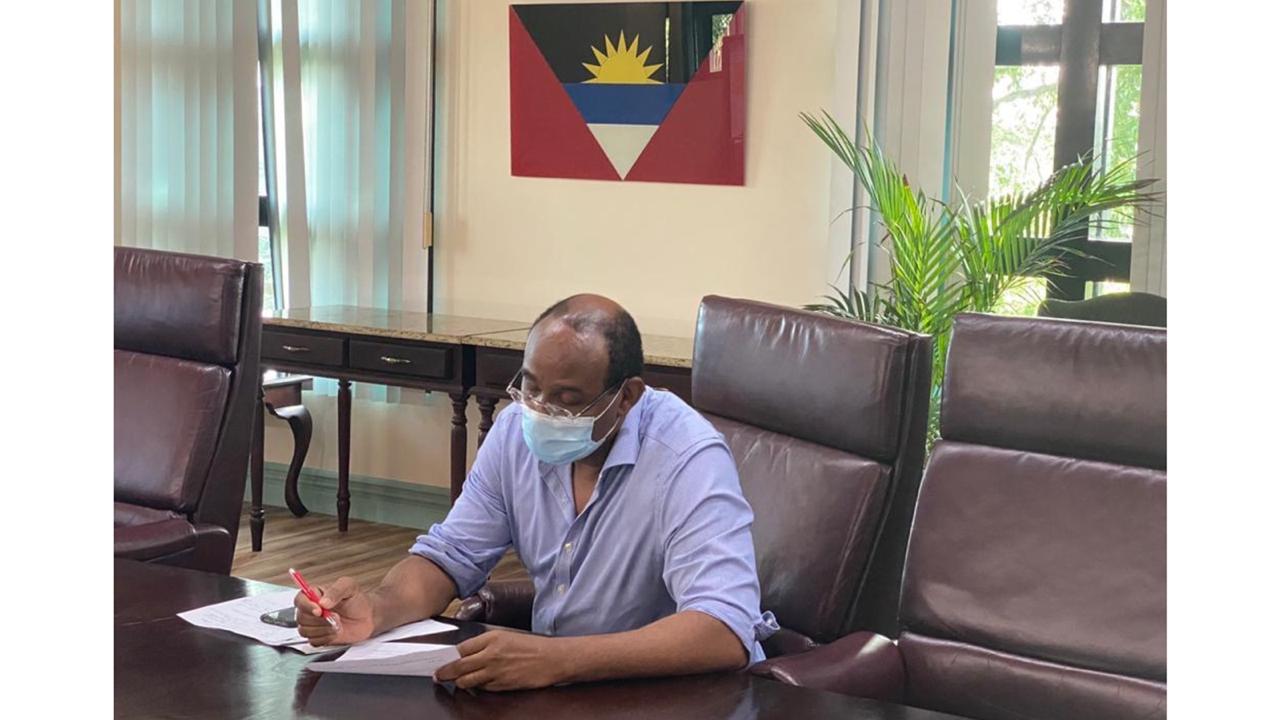 Prime Minister Gaston Browne as he prepared to meet with LIAT stakeholders on Monday.

That's according to Antigua and Barbuda Prime Minister Gaston Browne who refuses to accept, what many now believe is the inevitable end of the regional carrier.

Speaking prior to the meeting that was set to take place between shareholder governments and directors on Monday, he was optimistic that they would be open to seriously considering his restructuring plan to save the airline.

Up to Monday morning, PM Browne didn’t have firm financial commitments for the proposed LIAT 2020.

He did say however that a number of private sector governments and even a few regional leaders had voiced their tentative commitment to the project.

He said he will not give up on the embattled regional airline.

“LIAT is too important an institution to Antigua and Barbuda and the wider Caribbean for us to allow individuals to utilise any form of malevolence to kill LIAT and to destroy that brand that has existed for years. It is part of our existence, it is part of our legacy and it will be part of our future,” he stated.

On Saturday Prime Minister Browne took to Facebook where he published his plan to reorganise and restructure LIAT.

If accepted, it would result in an injection of new equity that would cover at least 50 per cent of outstanding staff liabilities.

The Antigua and Barbuda Prime Minister said his government is prepared to invest EC$54 million of the $108 million needed to make this plan actionable.

If the airline is liquidated LIAT employees in Antigua and Barbuda will be owed over $80 million in severance.

PM Harris on LIAT: Regional travel is critical to the way we live

PM Browne: We can fix it! If LIAT is reorganised it can be saved