Plenty of dramatics as Nadal tops Kyrgios at Wimbledon 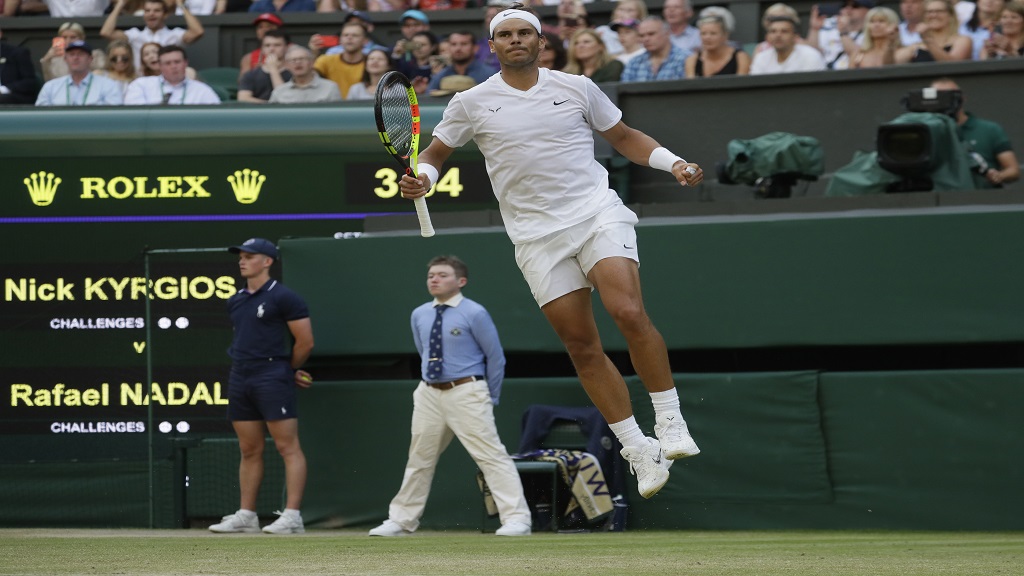 Rafael Nadal was up near the Centre Court net when Nick Kyrgios smacked a booming forehand directly at the guy's midsection — right at him, on purpose — and earned a lengthy staredown in return.

Kyrgios didn't apologize, at the time or at his news conference — for that or for berating the chair umpire or for spending time at a local pub the night before the match.

Rarely does Kyrgios offer regrets, for much of anything. Instead, he tends to double down. He is nothing if not fascinating. He is talented, too. And yet it was Nadal who emerged from all of the tumult Thursday at Wimbledon to beat Kyrgios 6-3, 3-6, 7-6 (5), 7-6 (3) in a second-round match boasting plenty of dramatics, a dose of animosity and delightful play by both men.

"I'm always willing to go out there and try and put on a show. I know people that bought a ticket today probably had a great day," said Kyrgios, a 24-year-old Australian who is ranked 43rd. "At times today, I was looking around: This is Wimbledon, playing Rafa. ... But I'll probably wake up tomorrow (and) there will be something negative about it, for sure."

Kyrgios is capable of being as entertaining and befuddling a player as there is and showed why throughout this 3-hour-plus contest that overshadowed everything else going on around the grass-court Grand Slam tournament on Day 4. 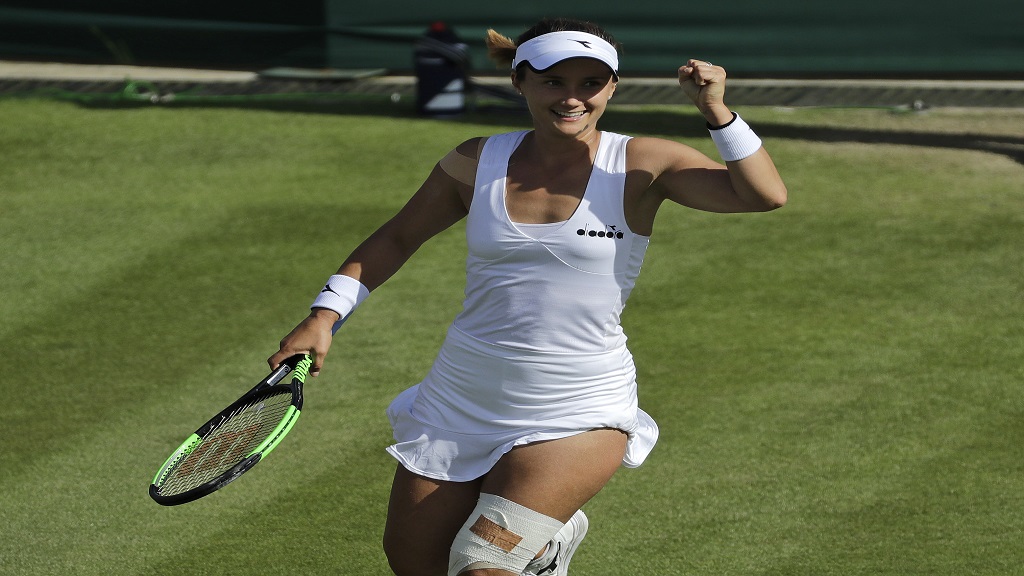 Defending champion Angelique Kerber was upset by Lauren Davis, an American who lost in qualifying but got into the main draw when someone else withdrew. Seven-time champion Serena Williams needed a comeback to win in three sets against an 18-year-old qualifier.

Williams' partner for mixed doubles, two-time Wimbledon singles winner Andy Murray, won his first-round match in men's doubles as he returned to the tournament for the first time in two years following two hip operations. Marcos Baghdatis, the 2006 Australian Open runner-up, and a fan favorite, played what he says will be the last match of his career. Marin Cilic, the 2014 U.S. Open champion and a 2017 Wimbledon finalist, lost, too. 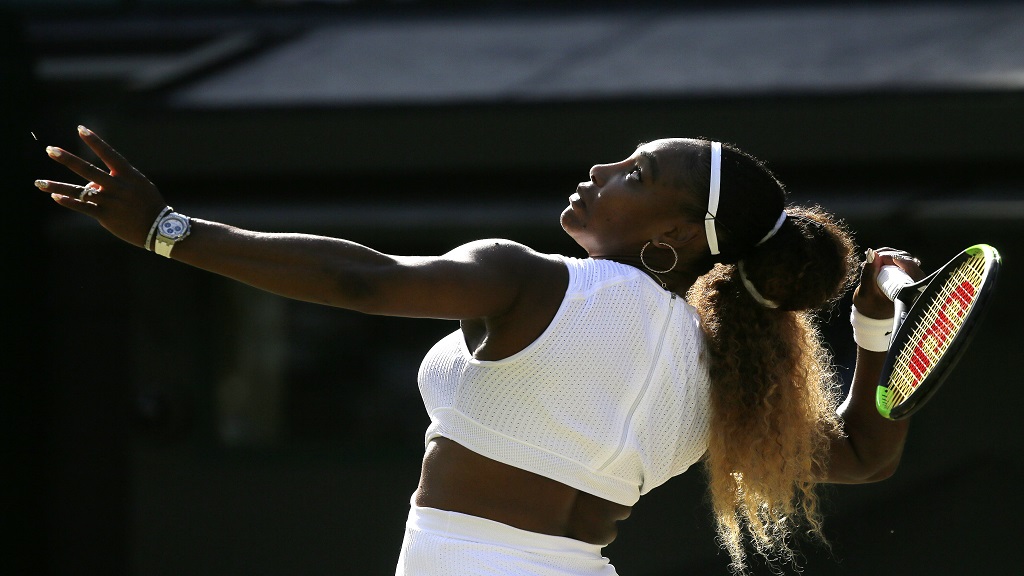 None of that really mattered, in the end.

Everything was rendered secondary to Nadal vs. Kyrgios.

Part of that is because a 19-year-old Kyrgios beat then-No. 1 Nadal at the All England Club in 2014.

Part of that is because they traded barbs away from the court recently in a spat that also involved Nadal's uncle, Toni.

In the leadup to this meeting, Kyrgios joked that he didn't think "me and Rafa could go down to the Dog & Fox and have a beer together," referring to a nearby bar where Kyrgios was spotted Wednesday night. The 33-year-old Nadal, meanwhile, observed that he was "too old for all this stuff."

They could hardly be more different, something Kyrgios underlined after he lost despite producing a 58-44 advantage in winners, including 29 aces — one a second serve at a tournament-high 143 mph and a pair that he hit with an underarm motion.

These two couldn't even agree on whether Kyrgios is capable of winning major championships.

Nadal's take? "With his talent and with his serve, he can win a Grand Slam, of course."

And Kyrgios' self-assessment? "I know what I'm capable of. Just depends. I'm a great tennis player, but I don't do the other stuff. I'm not the most professional guy. I won't train day in, day out. I won't show up every day. So there's a lot of things I need to improve on to get to that level that Rafa brings. ... But, no, at the moment I don't think I can contend for a Grand Slam."

He is ranked 43rd, and hasn't been past the quarterfinals at a major. But against Nadal, he displayed boundless power, guile, touch and athleticism.

Kyrgios, his shirt collared popped just so, seemed to act at times as if it were more important to look cool than to play well. The between-the-leg shots, the unnecessary leaping backhands and all the rest. On the initial point of the pivotal fourth-set tiebreaker, he jumped high for a showy overhead instead of making a safer putaway. The result? He deposited his shot ball in the net, then rolled his eyes and chucked away a ball. Soon, the match was over.

Much earlier, he had several loud arguments with chair umpire Damien Dumusois, complaining about all sorts of things, including how long Nadal took between points and whether the official was seeking too much attention. During the match, Kyrgios earned a warning for unsportsmanlike conduct after calling Dumusois a "disgrace." At his news conference, Kyrgios' insults of choice were "horrendous" and "terrible."

In the third set, there was that "dangerous" ball — Nadal's word — he sent toward the Spaniard, who blocked it with his racket at the last second. Perhaps startled, Nadal double-faulted on the next point. But he wound up holding serve, then celebrating like he'd won the match, leaping and yelling and punching the air. When he eventually did seal the victory, Nadal wagged a finger and shouted and fist-pumped some more.

Asked by a reporter why he didn't say sorry at the time, Kyrgios replied: "I didn't hit him. Hit his racket, no? Why would I apologize? I won the point. ... I mean, the dude has got how many Slams, how much money in the bank account? I think he can take a ball to the chest, bro."

Djokovic reaches 3rd round at Wimbledon in straight sets