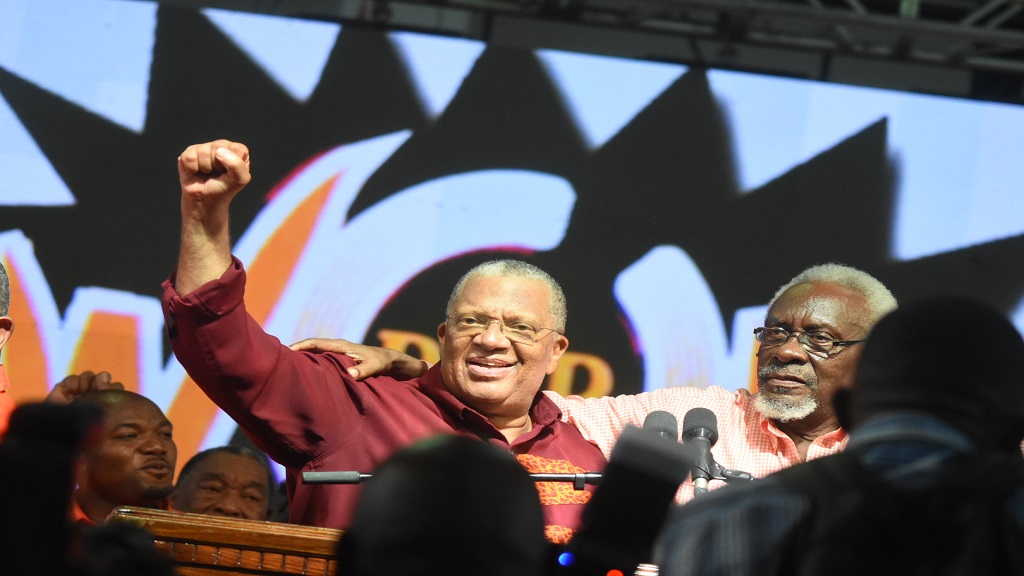 Former Prime Minister, PJ Patterson, has thrown his support behind People's National Party (PNP) President, Dr Peter Phillips, describing him as being eminently qualified to take on the job of prime minister.

Phillips, the Opposition Leader, is hoping to topple Prime Minister Andrew Holness and the governing Jamaica Labour Party (JLP) in the September 3 General Elections, and Patterson, who was Jamaica’s longest-serving prime minister between 1992 and 2006, is hoping that his heavy-weight endorsement of his fellow Comrade will help Phillips to get to Jamaica House.

Phillips served in several Patterson cabinets in various ministerial positions, including as Minister of Health, National Security and Transport and Works.

Patterson, 85, and who was involved in a motor vehicle accident at his St Andrew home last October, has been absent from the campaign trail, due mainly to concerns about the coronavirus (COVID-19).

However, he was effusive in his praise of Phillips in a statement on Friday, in particular for his job as finance minister in the Portia Simpson Miller administration, when he was credited with leading the revival of, and turning around of, Jamaica’s economic fortunes.

See the full text of Patterson’s statement below:

“Anyone acquainted with politics in Jamaica would know that I love election campaigns like bread loves butter. This is the first to be held in the course of a pandemic, and persons of my age are confined to the pavilion, and so I have to send my message through this medium 'Live and Direct'. 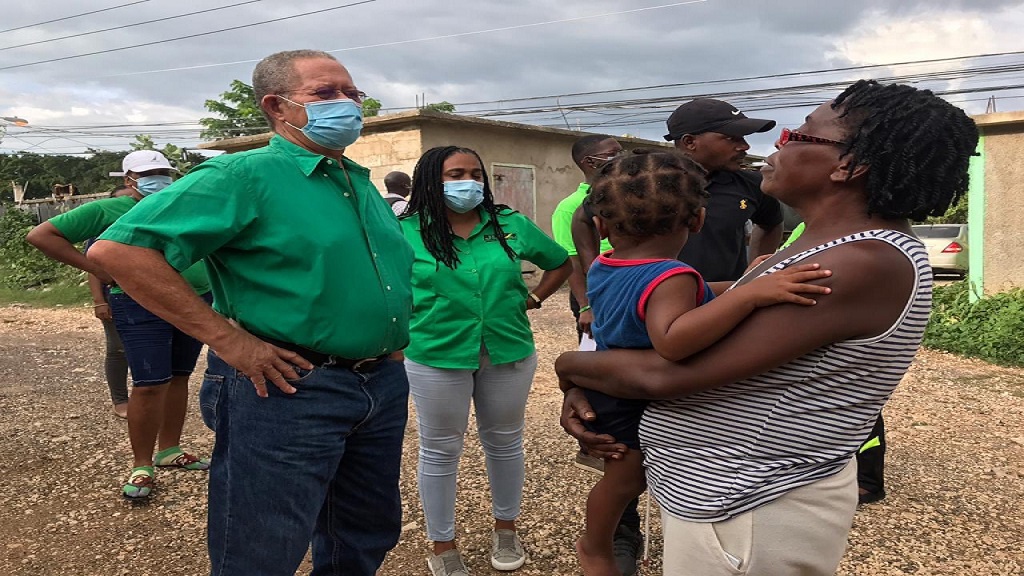 “The People's National Party was created to place people at the centre of our policies.

“The emphasis has been on building a nation where our (collective) voice can be heard clearly in the world outside.

“The health and welfare of every nation require a rejection of temptation to indulge in political opportunism or greed.

“We may be small in size, but have become a powerful voice in the building of a world where there is peace and our relationships are spent in the fight against hunger, disease, poverty, ignorance and squatting.

“Dr Peter Phillips has worked as a member of the team which built schools, increased the number of universities from one to six; built highways, modernised our airports, fashioned a well-organised transport system, modernised our health network, introduced new programmes, such as PATH, JSIF, National Health Fund and the Chase Fund.

But his greatest contribution is by far his work under the astute leadership of my beloved successor, Portia Simpson Miller, in pulling Jamaica back from the precipice of economic disaster and laying the sound foundations for growth and development.

“As we currently face the greatest pandemic the world has ever seen, and the challenges it brings, every Jamaican deserves a prime minister who will relentlessly fight for his citizens; demonstrate results and love for people and country. We need real substance, rather than differences in style or appearance.

“By any test, Dr Peter Phillips is undoubtedly a highly qualified leader to build a Jamaica that works for everyone. His commitment to accountability in Government and his reputation as a champion for justice for all Jamaicans have been proven many times over.

“The People's National Party works together as a team. I am delighted at the quality and versatility of Team PNP as we create new opportunities for every section of our society.

“Let us join together in building a nation where justice prevails in the distribution of resources, in social justice, and a nation where we emphasise the virtues of a participatory democracy."

PHOTOS: 'Mr Fix It' Phillips nominated and 'ready to go'

WATCH: PJ Patterson says effects of COVID-19 will be long-lasting