PHOTOS: BMW X1 goes up in flames on Hope Road in St Andrew 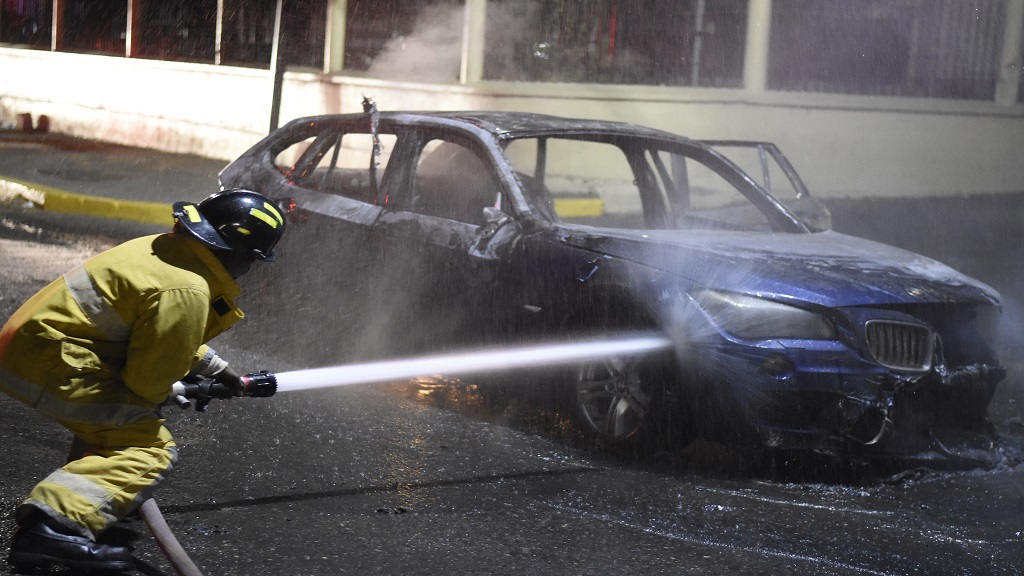 A firefighter extinguishing the blaze that engulfed an X1 motorcar on busy Hope Road in St Andrew on Tuesday evening. (Photos: Marlon Reid)

A 2012 BMW X1 motorcar was burnt to its shell after it caught fire in front of the YMCA premises on Hope Road in St Andrew on Tuesday evening.

According to the owner and driver, Romell Parkinson, he left the University of Technology (UTech) with two female passengers, travelling towards Half-Way Tree, and started smelling smoke shortly after.

He said he continued on his journey, despite the concern, as he saw no evidence of trouble. 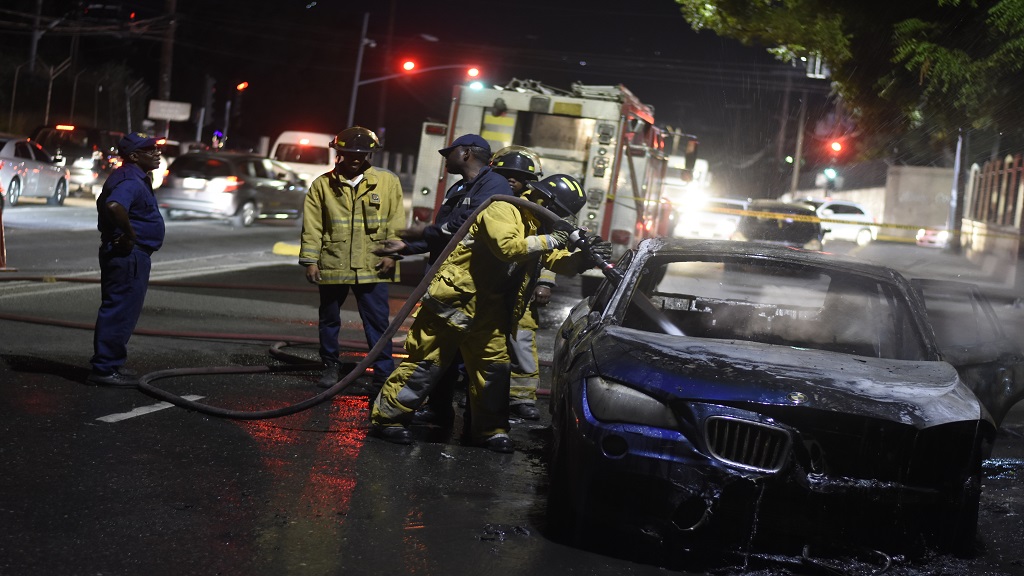 But Parkinson said upon reaching the vicinity of the YMCA, the scent of smoke got more intense, and he decided to pull over to check the cause of the scent.

Parkinson said on exiting the vehicle, he realised that fire was coming from under the rear of the vehicle on the right hand side of the unit. 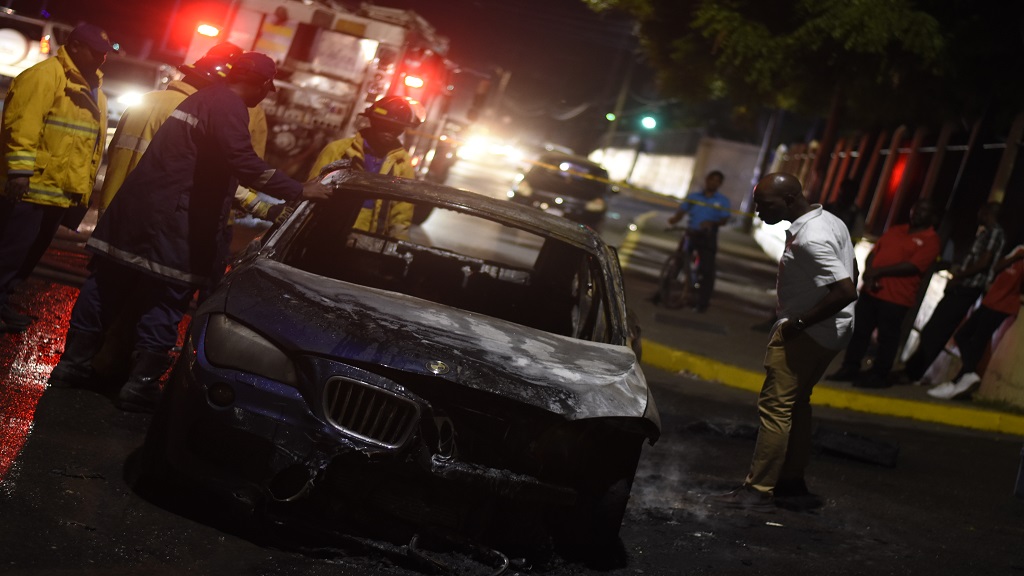 According to Parkinson, he and the two other occupants of the vehicle immediately started to remove their personal belongings from the vehicle, which they succeeded in doing before the car became engulfed in flames.

Parkinson said he bought the vehicle in January of this year, and there was no indication of any problem with it before Tuesday evening. 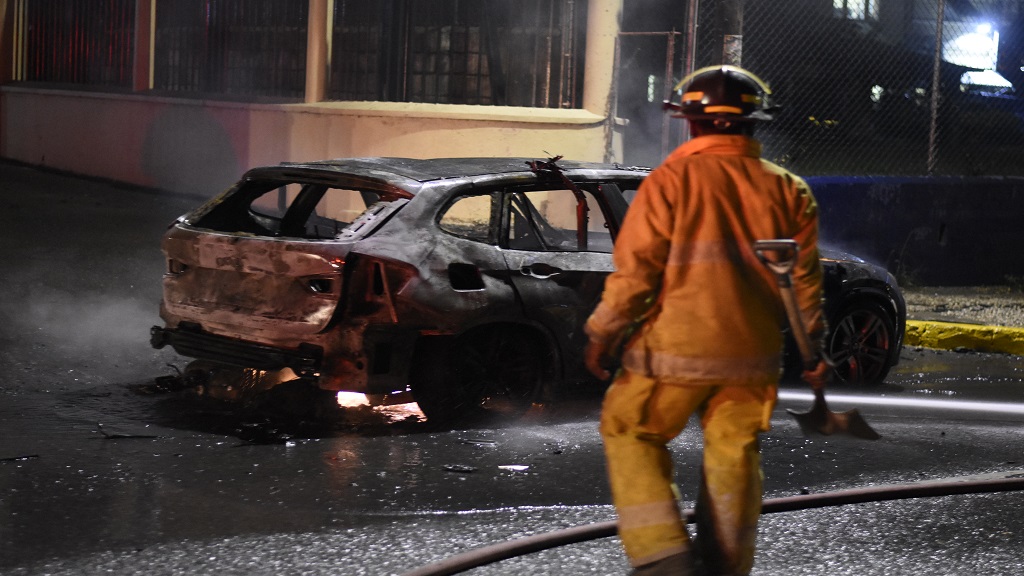 The blaze was fought by a unit from the Trench Town Fire Station.

American Airlines flight aborted as flames break out on plane