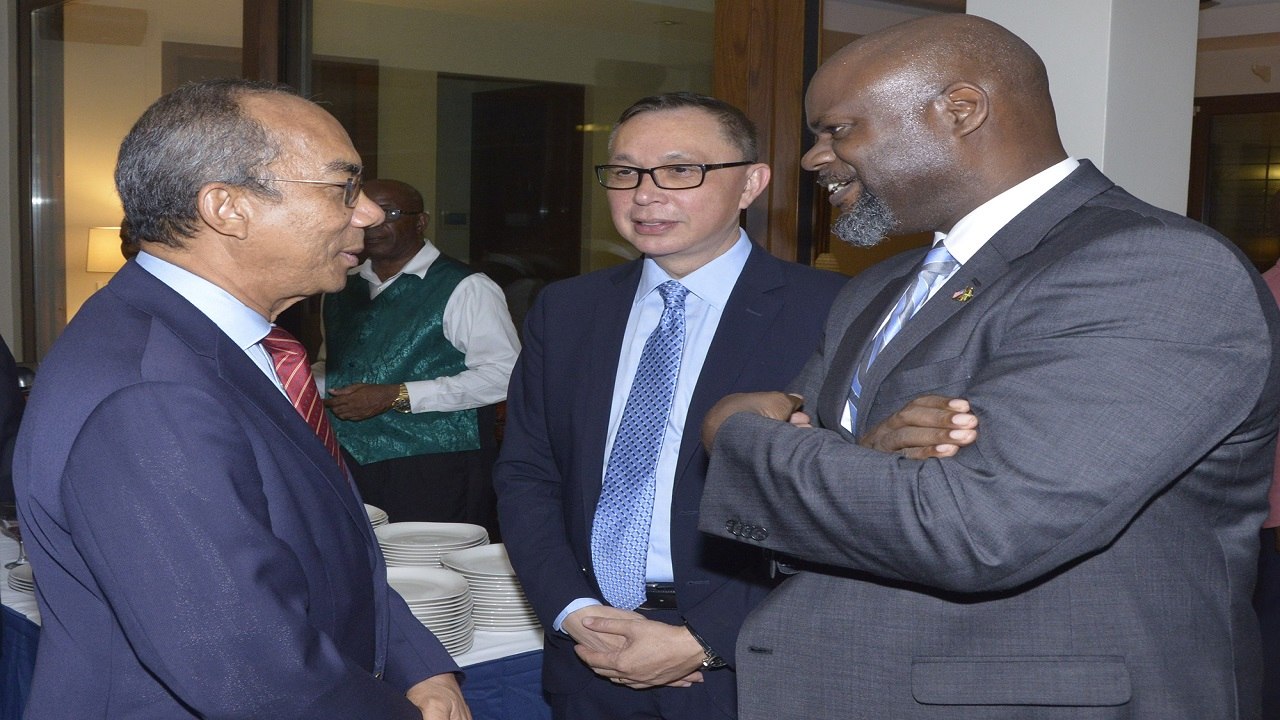 At a welcome reception, hosted by the Embassy’s Chargé d’Affaires, Eric Khant, Fraser and his wife, Naledi Norwebb-Fraser met with guests from the diplomatic corps, government ministries, civil society and the business community.

Prior to taking up the new role in Jamaica, Fraser worked as the Mission Director for USAID’s Mission in Rwanda where he led a portfolio focused on agriculture, food, security, economic growth, trade, education and health. He also served in Angola and Ethiopia.

Prior to joining USAID, Fraser was practicing law in both Boston and New York.  He began his career at USAID in 2001 as a legal officer in the office of the General Counsel, with his first overseas assignment as the regional legal advisor for USAID’s regional program for Southern Africa, based in Gaborone, Botswana (2003-2007) and subsequently as Supervisory Regional Legal Advisor for the Caribbean region based in the Dominican Republic (2007-2010) where he provided legal and regulatory advice to mission management in the Dominican Republic, Haiti, Jamaica, Guyana, and for the Caribbean regional program based in Barbados.

Fraser is a graduate of Columbia Law School and the Columbia School of International and Public Affairs.