Photos: US Embassy kicks off independence celebrations in Kingston 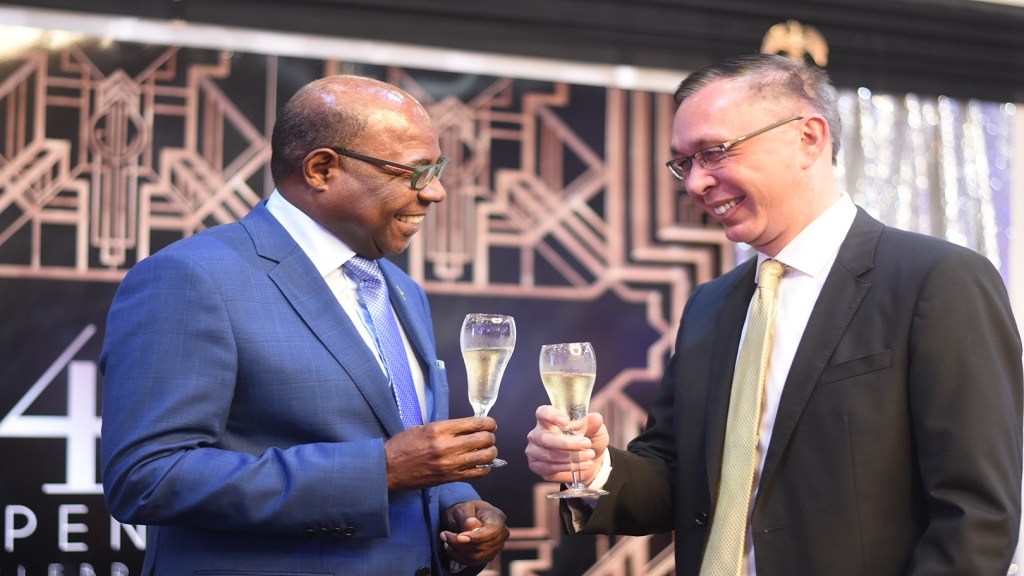 Chargé d'affaires for the United States of America Eric Khant (right) and Tourism Minister Edmund Bartlett at a reception celebrating 243rd anniversary of the independence of the United States.

The US embassy in Kingston recently kicked off the celebrations of their 243rd independence, with a reception at the ballroom of the Jamaica Pegasus, bringing back memories of the “Roaring Twenties”.

The US will officially observe its independence on July 4.

US Embassy independence celebrations in Kingston

Click the gallery for more photos from the reception by Marlon Reid.

Chargé d'affaires for the United States of America Eric Khant expressed delight at the relationship between the US and Jamaica.

He said the partnership is built on shared values that include strong security cooperation, building disasters resiliency, expanding economic ties, bolstering democracy and human rights and making health and education a priority.

According to Khant, the US has helped both of the island’s security forces in the Jamaica Defence Force (JDF) and the Jamaica Constabulary Force (JCF) with strong commercial and economic cooperation as well.

He said both the private sector and government of the US have invested more than US$1.2 billion to transform Jamaica's energy sector, with over two million American tourists coming to Jamaica each year.

Meanwhile, Minister of Tourism, Edmund Bartlett, said the US has established itself as a land of liberty, giving the citizens the chance to pursue happiness in the American dream.

He said the US is an example to other countries in nation-building, with the influence, not only confined to economic strength and system of governance, but also the world’s largest economy, while being an engine of dynamism and creativity.

You cannot but love Jamaica, says outgoing US chargé d’affaires

US Embassy in Kingston celebrates 4th of July - early