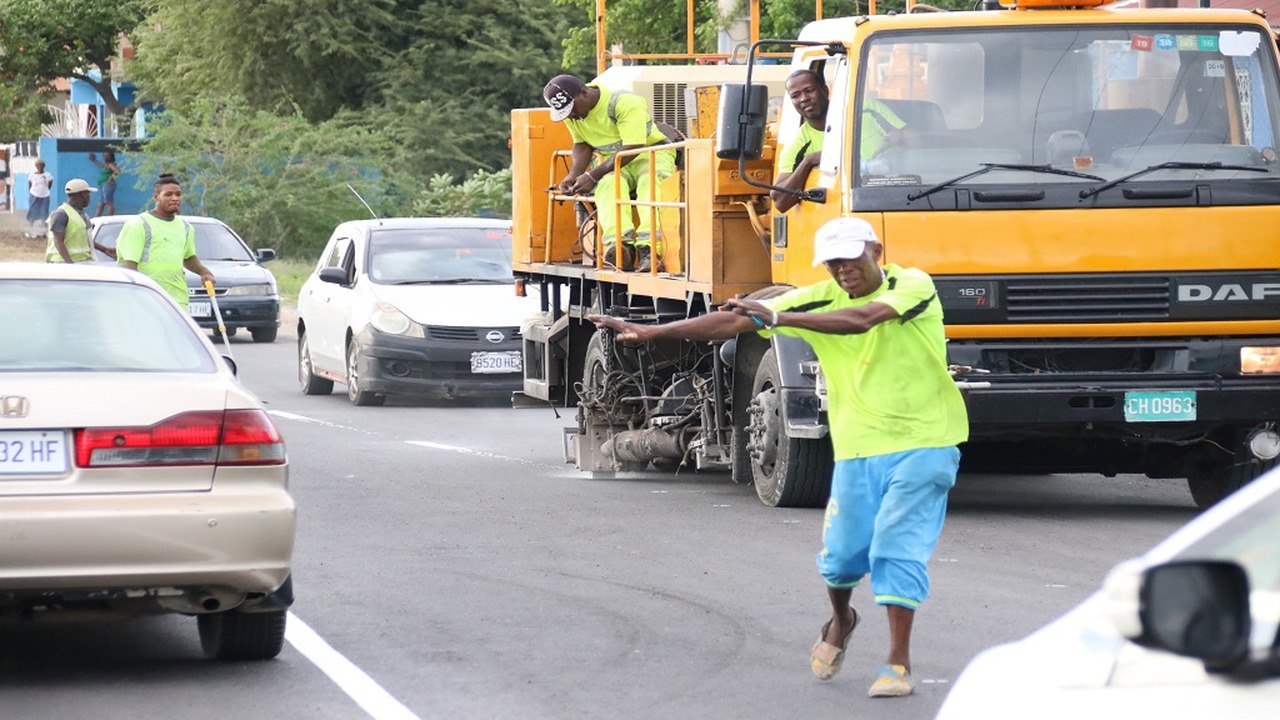 A member of a road marking team on duty directing traffic away from the team's activities along the new Three Miles bypass road in St Andrew on Sunday afternoon. (Photos: Llewellyn Wynter)

The official opening of the Three Miles bypass road in St Andrew was significantly delayed on Sunday afternoon into evening, but thereafter the roadway was brought into full operation.

And this afforded much easier motoring into and out of downtown Kingston and even into some other sections of St Andrew.

The road runs from Spanish Town Road at the Seaview Gardens main entrance to Marcus Garvey Drive where the train line once crossed it near to the Tinson Pen Aerodrome.

Scheduled to be officially opened at 4:00 p.m. on Sunday, the roadway in terms of markings and some other finishing touches, including the installation of signage, was far from completed at that time.

In fact, even early on Monday afternoon, some signage was still being mounted along the thoroughfare that came at a cost of US$1 million.

However, the impact of the introduction of the road to help motorists to avoid the Three Miles area where an overpass has been under construction, has already been felt, with new traffic signals and other amenities ensuring smooth and structured transition between both ends of the new roadway. This was with the input of work crews, including a road marking team, police personnel and workmen from the contracting company, China Harbour Engineering Company (CHEC).

With the old adage ‘all’s well that ends well’ being perhaps applicable to the project, it is left to be seen if the thoroughfare will survive threats like flooding - which residents of the area said has been a major concern in the area during periods of intense rainfall.

PM says bypass at Three Miles will be opened soon