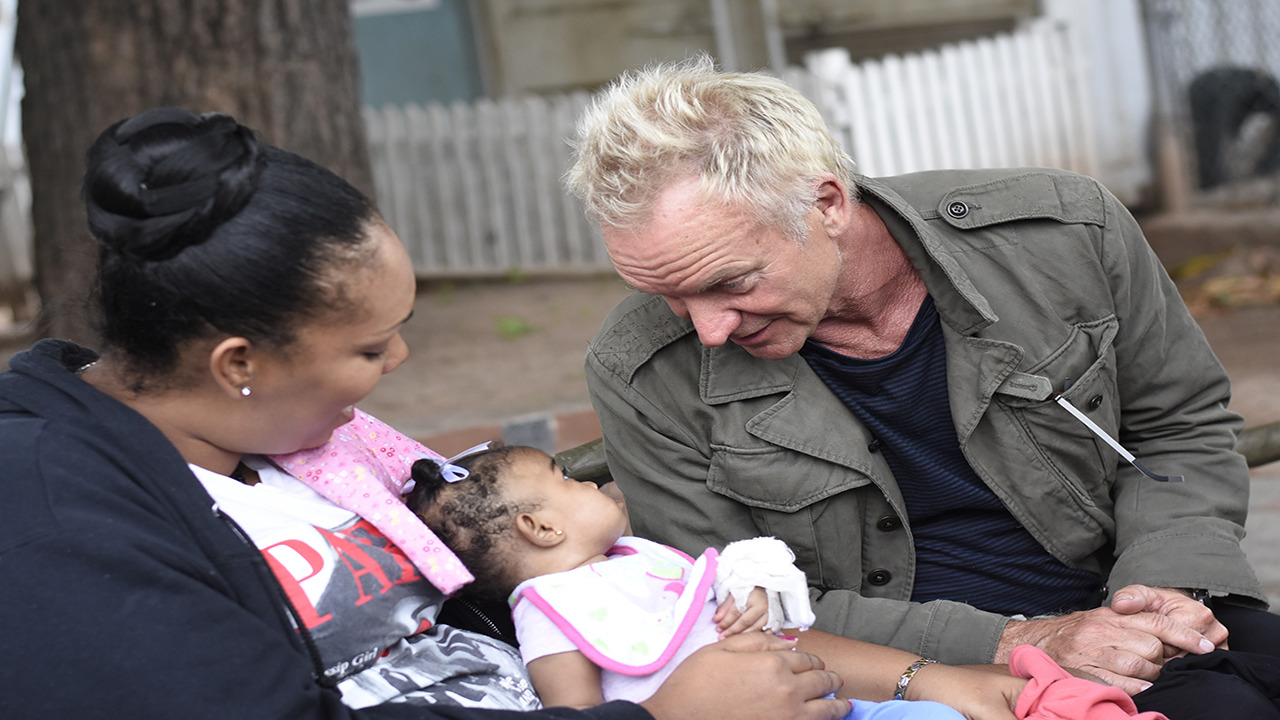 International superstar Sting interacts with baby Daehnell Hylton while her mother, Stephanie McLeish, looks on at the Bustamante Hospital for Children on Friday. (PHOTOS: Marlon Reid)

International recording stars Sting and Wyclef Jean trekked the corridors of the Bustamante Hospital for Children in Kingston on Friday morning, to get first-hand knowledge of Jamaican singer Shaggy's ongoing effort to upgrade the facility.

With local and international media converging on the hospital for the tour, both Sting and Wyclef visited the accident and emergency section as well as the two Intensive Care Units (ICU) – one that is functioning and another that is being built by the Shaggy Make A Difference Foundation - at the medical facility as they seek to raise awareness to the plight of the institution and raise funds for equipment.

According to Sting, the atmosphere at the facility, is strikingly different from what he is used to, at hospitals he has visited around the globe. 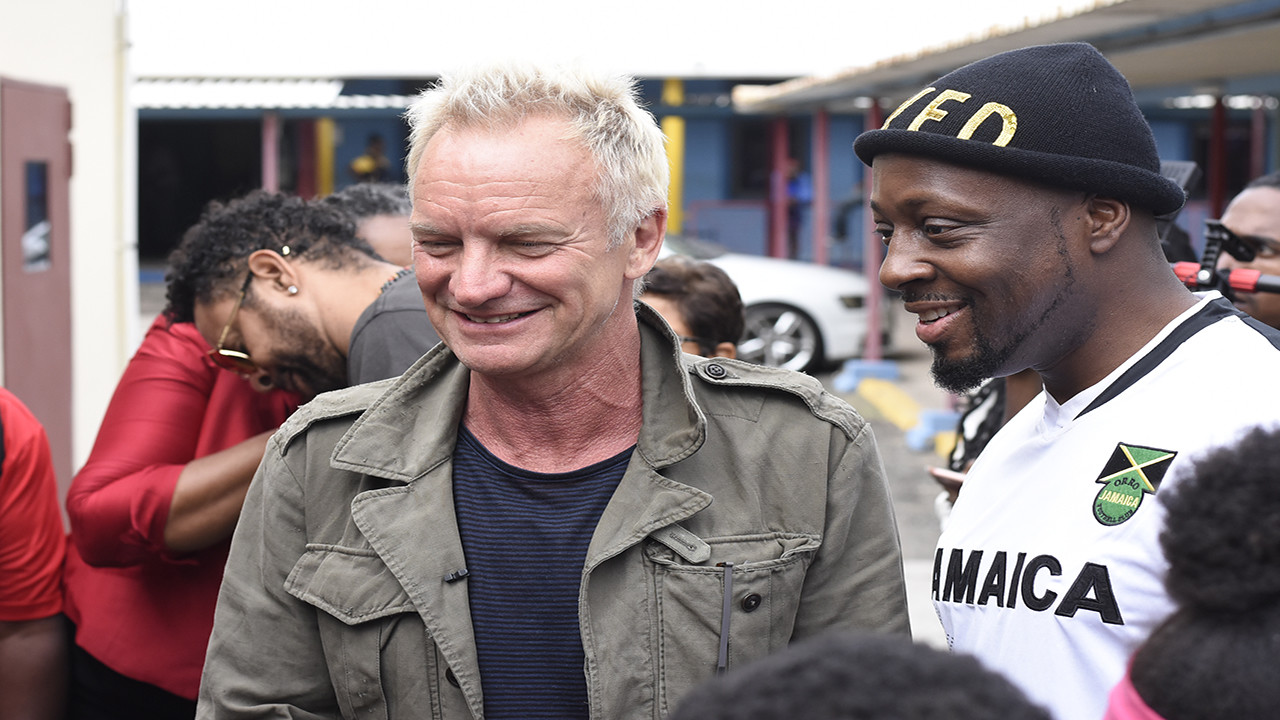 He said, "I have been in many hospitals but I have never been in one that's so welcoming and friendly. Hospitals are tough places. Sometimes they can be frightening. So I think for a child to come here, it is nourishing. It feels like a village.

"I went into the intensive care unit and there are only five beds with some tiny little babies fighting for their lives and it was just very emotional for everybody. They need more beds as there are five intensive care beds for the whole of the English-speaking Caribbean. It is not enough.

"With the concert, hopefully we raise enough money to increase that. It is important to visit the hospital to know where the money will end up," Sting said.

Both are in the island for the Shaggy and Friends concert, which will be held on the lawns of Jamaica House on Saturday. All the proceeds from the concert will go to Shaggy's Make A Difference Foundation, which, will in turn, use the funds to purchase beds for the ICU units at the facility. 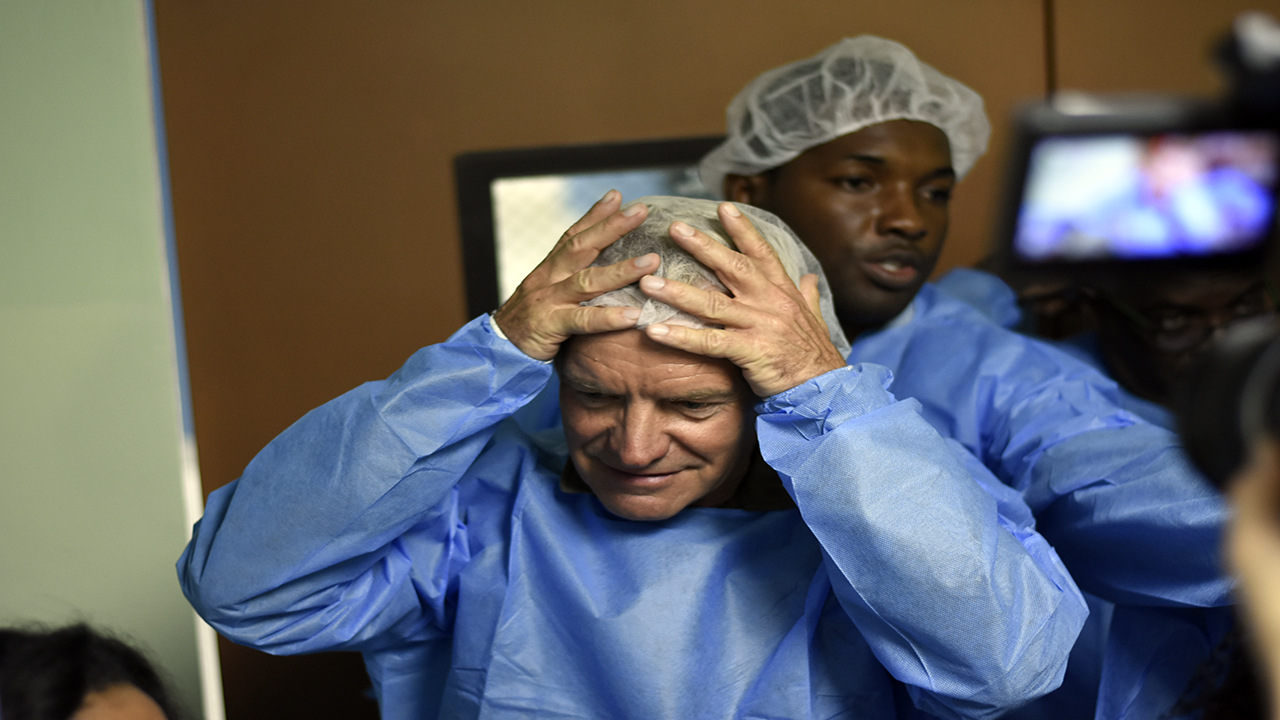 Wyclef is hoping that Shaggy's effort will influence the Caribbean diaspora to start helping the region in ways other than sending remittances.

Wyclef said, "for me as a man from the Caribbean, it is really important. I am hoping what Shaggy does causes a domino effect and raises the awareness.

"So I congratulate Shaggy on what he is doing, but being here, seeing it, going into the ICUs, seeing the faces of these babies, so I can talk about this first hand, is very important. The concert is great, but it is after the concert is when the real work starts," Wyclef said.

Both Sting and Wyclef, as well as Shaggy, interacted with staff, parents and children at the facility. Also on the tour was local dub poet and radio talk show host Mutabaruka.

The Shaggy Make A Difference Foundation is looking to raise US$1 million this year. See more photos in slider below.

Shelly gives Waterhouse kids Christmas she ‘never had as a child'