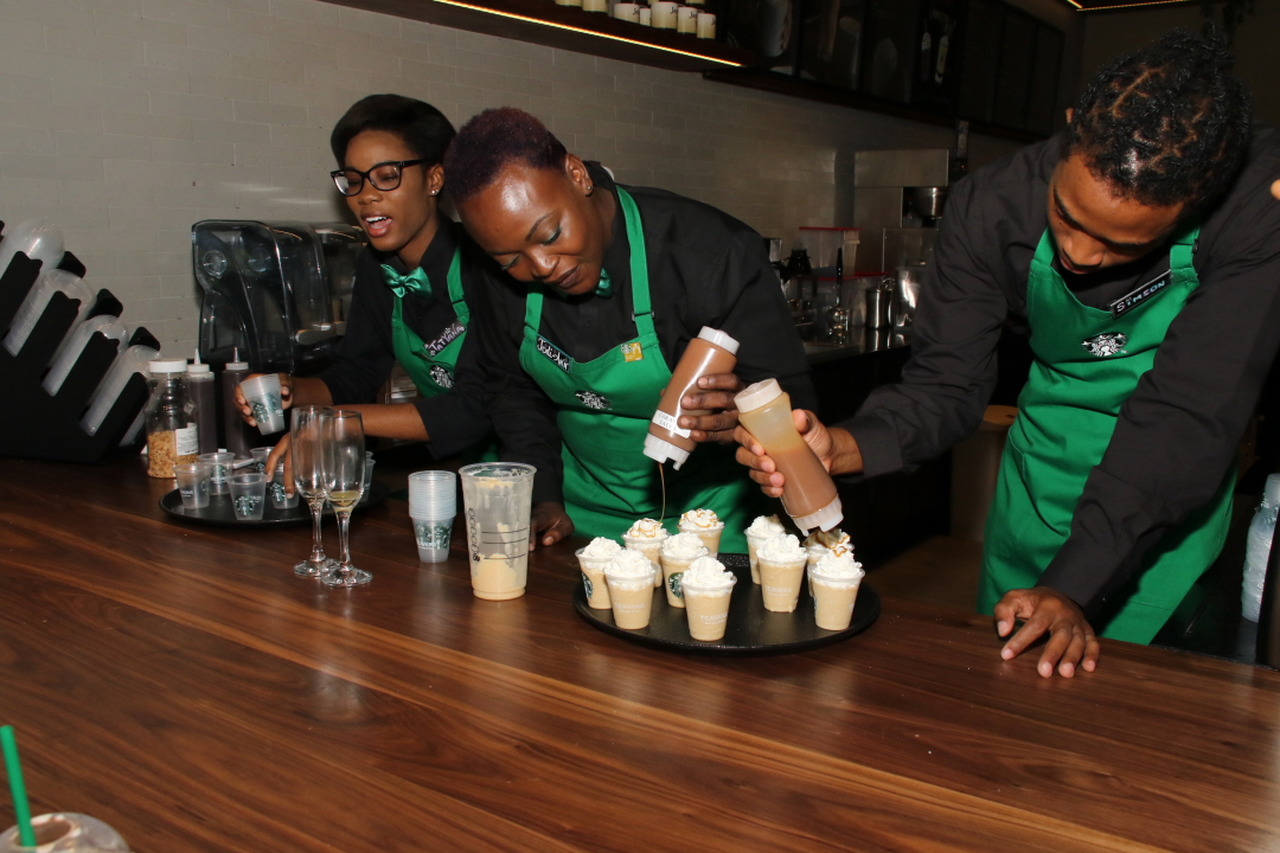 Nine more Starbucks stores are expected to open over the next five years with a focus on creating local jobs and investing in local communities. (Photos: Llewellyn Wynter)

Starbucks opened its first store in Kingston at the Liguanea Plaza on Sunday.

Similarly, to their very first location at Doctors Cave Beach, this store in Kingston has a uniquely Jamaican design and offers the commonly known range of Starbucks signature beverages and food, including Starbucks ethically sourced, 100 percent arabica coffee.

To mark the opening celebrations, patrons came to celebrate at an event held at the store’s location, where they spoke about the bright future for the brand in Jamaica, and how they continue to support the coffee industry and its farmers.

Nine more Starbucks stores are expected to open over the next five years with a focus on creating local jobs and investing in local communities.

Click the slider for photo highlights by our photographer Llewellyn Wynter.

The new store’s design showcases the iconic Starbucks brand while also celebrating the rich local culture and heritage. Unique artwork from locally based artist Fiona Godfrey is once again featured throughout the space.

Godfrey, an Irish artist who has called Jamaica home for more than 25 years, created the stunning custom mural for the very first Starbucks store in Jamaica featuring a lion, which she notes is the “perfect icon to create a sense of place in Starbucks Montego Bay” as well as the Doctor Bird, a national symbol for Jamaica.

Unique to this store is a painted bar front, a first of its kind for Starbucks in this region. At the end of the bar features a quote on the wall, reading “We believe in the giant potential of the tiny bean”, echoing the Jamaican saying “Wi likkle but wi tallawah”, featured in Starbucks’ Doctors Cave store.

Starbucks and Caribbean Coffee Baristas continue to work with the government and local coffee sector in order to increase their agronomy support to producers in Jamaica, as they continue to build their presence on the island.

This comprised of a four-day trip to Costa Rica where the selected coffee farmers were able to discuss and receive expertise that can help lower their cost of production, reduce pest and disease, improve coffee quality, and ultimately increase the yield of premium coffees. 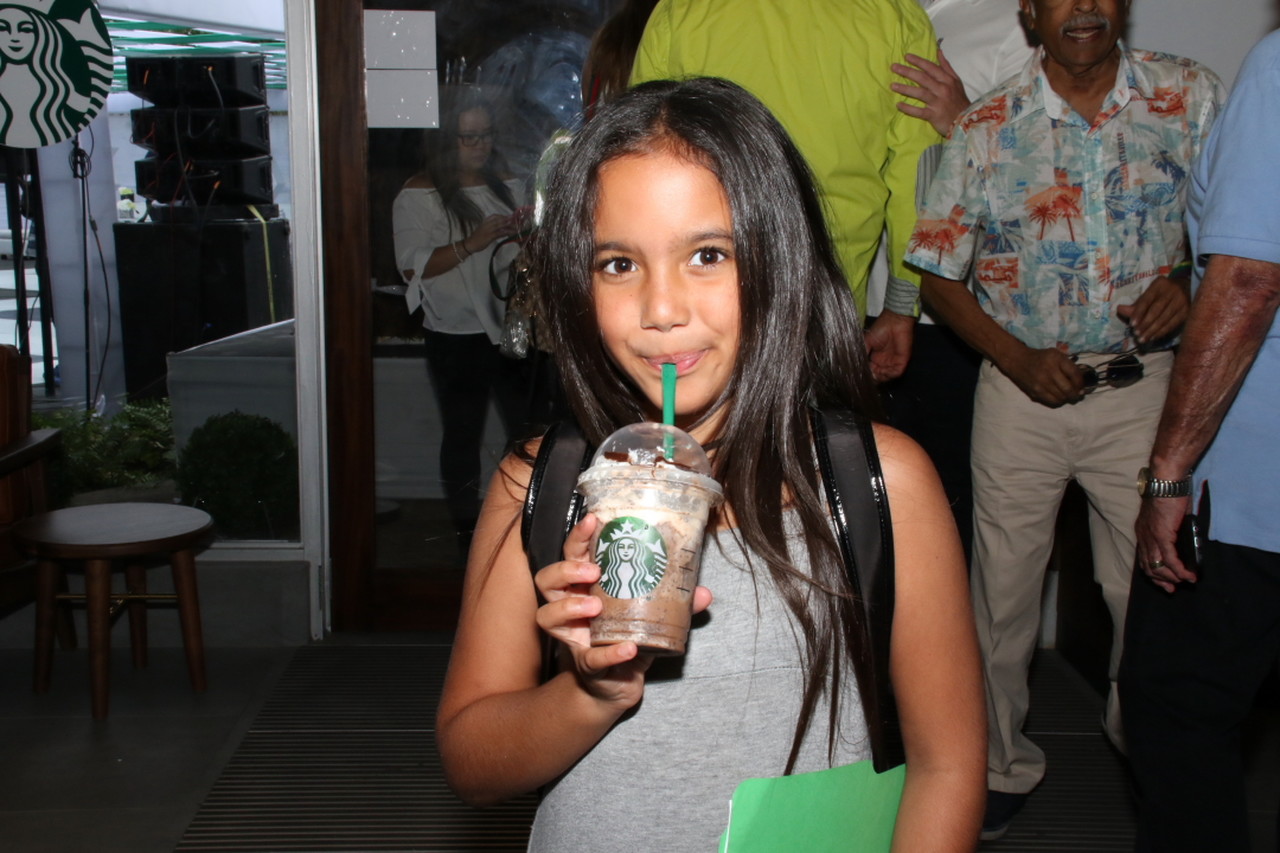 This little lady enjoys a milkshake at the Starbucks opening.

“After opening our doors in November, we began planning what would become a once in a lifetime experience for our Coffee Farmers, a trip to Costa Rica to learn from Starbucks’ chosen FSC in San Jose,” stated Adam Stewart, Deputy Chairman of Sandals Resorts International.

“Here they received the resources and expertise they needed to learn how to lower their cost of production, reduce pest and disease, improve their coffee quality, and ultimately increase the yield of their premium coffees. This is an important step in the right direction of not only improving coffee quality, but also in making the world’s finest coffee more accessible to its buyers” he continued “Caribbean Coffee Baristas, and Starbucks, are committed to continuing to tell Jamaica’s coffee story and impacting the lives of the coffee farmers that allows us to tell it for them.”

The selected coffee farmers travelling to Costa Rica where they were met by Carlos Mario Rodriguez, Starbucks’ Director of Global Agronomy. Through this trip the coffee farmers were introduced to Starbucks’ C.A.F.E. Practices – a development in which ensures Coffee and Farmer Equity through 100 per cent ethical sourcing practices, sharing research through their Farmer Support Centers, and providing the resources needed for farmers to pursue more sustainable practices.

Starbucks’ C.A.F.E. Practices are extended to all coffee farmers that wish to use them and is not limited to the farmers that they purchase from.

Starbucks has a long history going back over forty years of investing in the communities it serves worldwide by creating opportunities for young people, particularly those from underserved neighborhoods, to thrive. 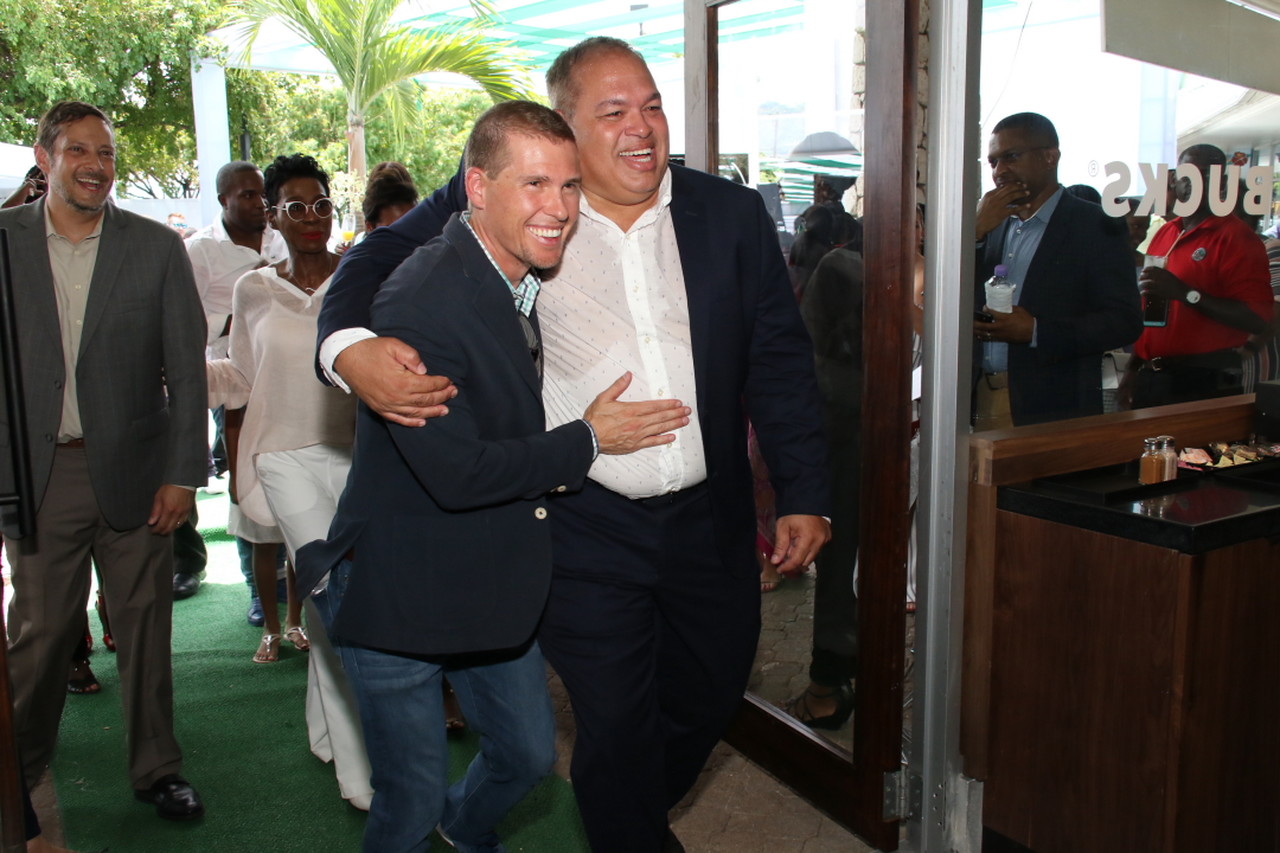 ince their first unveiling in November of 2017, Caribbean Coffee Baristas Ltd. has kept to the Starbucks standards through their commitment to the community, beginning in Montego Bay.

Caribbean Coffee Baristas along with Starbucks, joined forces with the MultiCare Youth Foundation (MYF) and their conglomerate YUTE, as well as HEART Trust NTA and the National Youth Services (NYS) to begin planning a much larger, island-wide community initiative – the Starbucks YUTE Work Project.

This project seeks to provide alternatives for a total of approximately 60 NEET (not in employment, education or training) young people from underserved and vulnerable communities.

“We encourage success in the workplace and within our communities. We want to make a positive impact where our employees and customers live by giving back in meaningful ways, based on local needs. Caribbean Coffee Baristas wants Starbucks to be a place where Jamaicans want to work, a company suppliers want to do business with, and a corporate citizen that inspires communities to thrive,” Dear added.