PHOTOS: Spice, Koffee and Popcaan among the big winners at IRAWMA 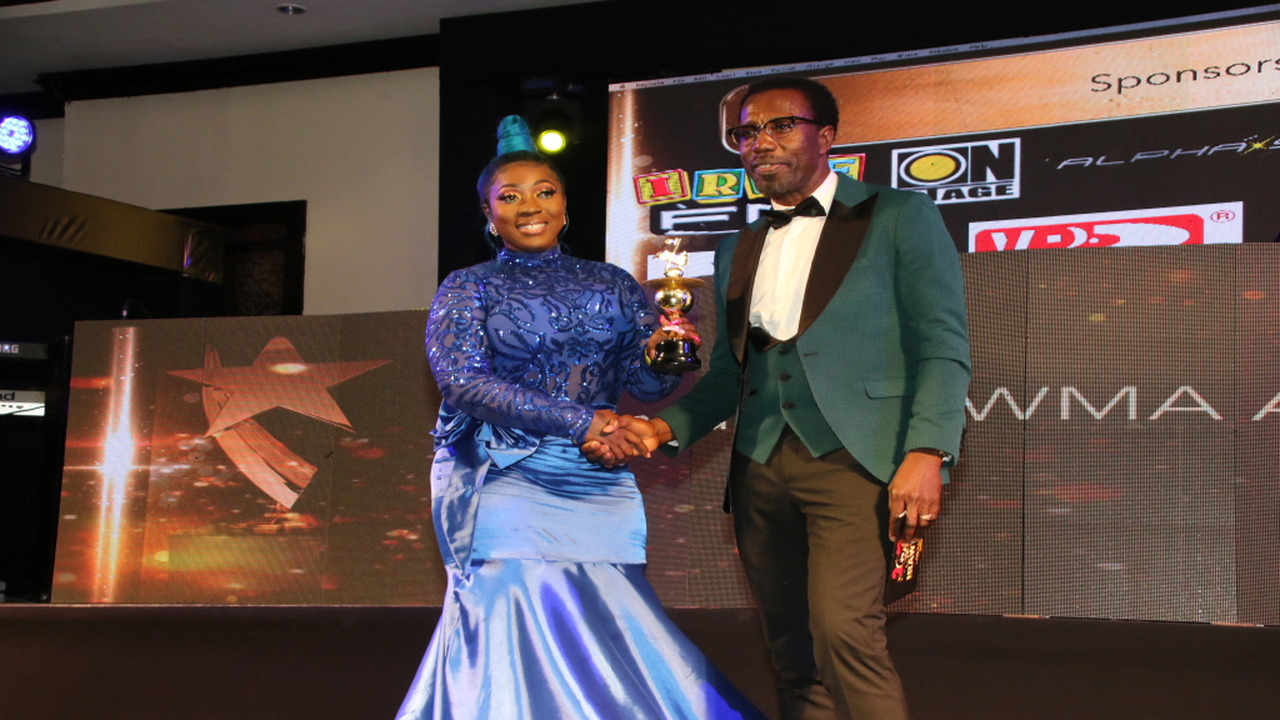 Popcaan was crowned Entertainer Of The Year at the 37th annual International Reggae and World Music Awards (IRAWMA) Saturday evening at the Jamaica Pegasus hotel.

New sensation Koffee captured three awards, the most by any artiste, while Spice copped the female deejay of the year award to be among the major winners at the ceremony.

Chronixx and Vybz Kartel joined Popcaan as the only males to win multiple awards, with two each, at the three-hour show.

Popcaan, riding the popularity of his hits 'Silence' and 'My Type', defeated a field that also had Busy Signal, Chronixx, Damion Marley and Shaggy to cop the Bob Marley Award for Entertainer of The Year. He also won Album Of The Year for 'Forever', which beat out 'Reggae Forever' by Etana, 'A Matter Of Time' by Protoje, '44/876' by Shaggy and Sting and 'Rebellion Rises' by Ziggy Marley. 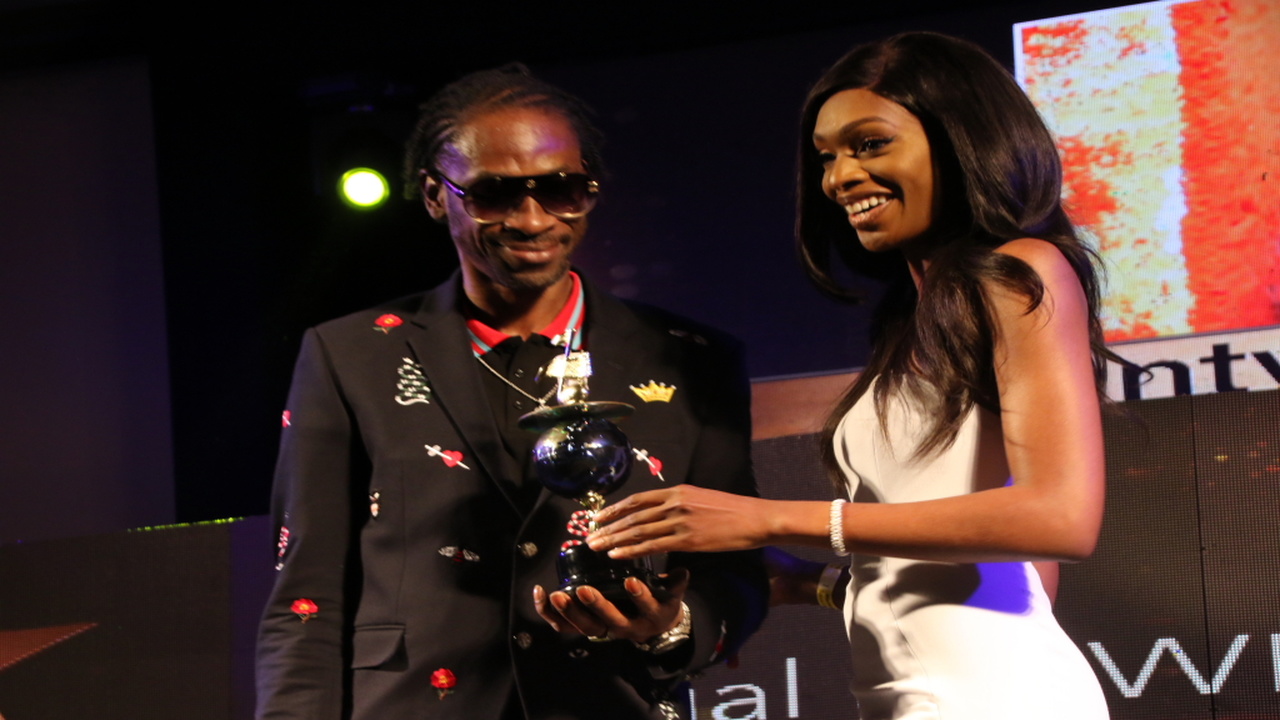 Chronixx was voted Best Male Vocalist and Most Cultural/Educational Entertainer, while Vybz Kartel won for Male Deejay Of The Year and Best Song with 'Under Water'.

Spice was the Female Deejay Of The Year ahead of D'Angel, Dovey Magnum, Jada Kingdom and Shenseea while Stone Love and Reggae Sumfest, respectively, won the Best Sound System and Concert Of The Year awards.

Meanwhile, Bob Marley was the recipient of a posthumous award for Special Emperor of Reggae and World Music, which was collected by his widow Rita Marley, who was among the Jamaican entertainers who collected The Reggae 50 Award. 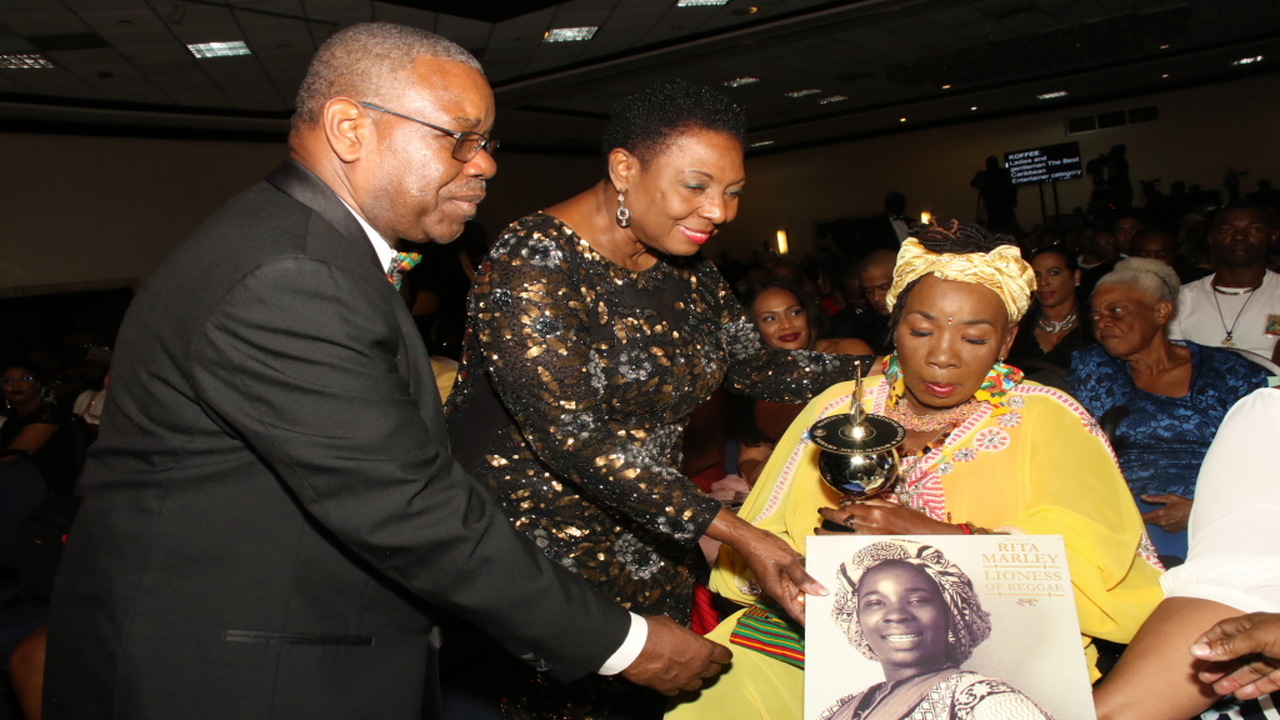 Rita Marley was the recipient of a Reggae 50 special award.

Other special honours went to Capleton for the Reggae Culture Legend Award and Bounty Killer for Reggae Dancehall Icon Award.

The special award for exceptional media contribution to reggae over the years went to Balford Henry, Barry G, Ka’bu, Dr Dennis Howard, Norma Brown and Winford Williams, while the IRAWMA Entrepreneur Award for Economic Contributions to The Development of Reggae in Jamaica went to Joseph Bogdanovich.

The monotony of the awards was separated by performances from Da Flame, Cherry Natural and Richie Innocent, Gangooli, D'Angel, U Roy, The Heptones, Beenie Man, Chozen, Spice and Capleton. 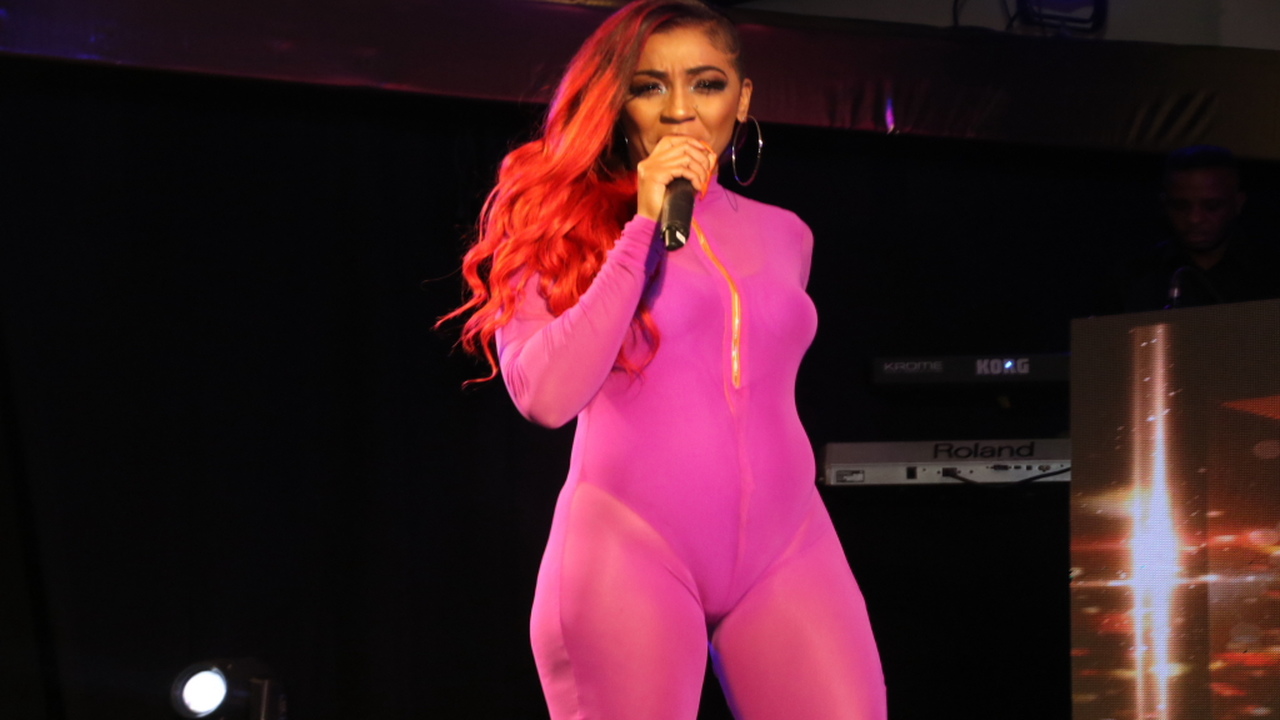 D'Angel was among the performers.

See list of winners below and more photos from the night in the slider:

ENTERTAINER OF THE YEAR

Under Water by Vybz Kartel

Don't Make Me Wait by Shaggy and Sting

CONCERT OF THE YEAR

RECORDING PRODUCER OF THE YEAR

COMEDIAN OF THE YEAR