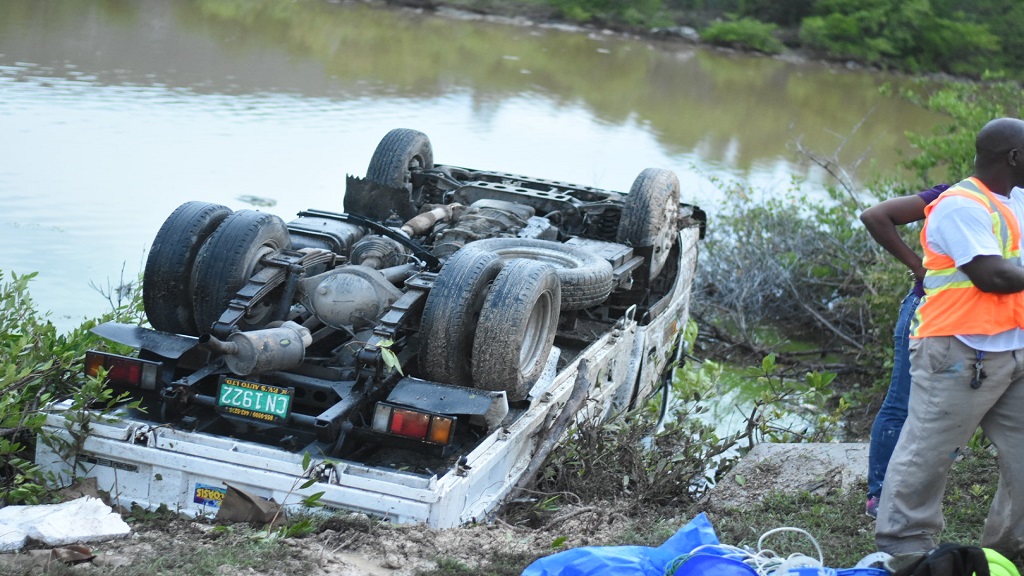 An Isuzu mini-truck in an overturned state at the end of a lucky escape from a road mishap on the Salt Marsh main road in Trelawny on Wednesday. (Photos: Marlon Reid)

Seven persons travelling in an Isuzu mini-truck escaped serious injury when the vehicle overturned and crashed into mangroves in a pond in Salt Marsh, Trelawny on Wednesday.

The driver of the truck, who declined to give his name, said he was travelling towards Montego Bay sometime after 5pm, when the vehicle began swaying out of control.

The driver, who claimed to have been going at a moderate speed, said he immediately tried to apply the brakes, but the vehicle failed to stop. 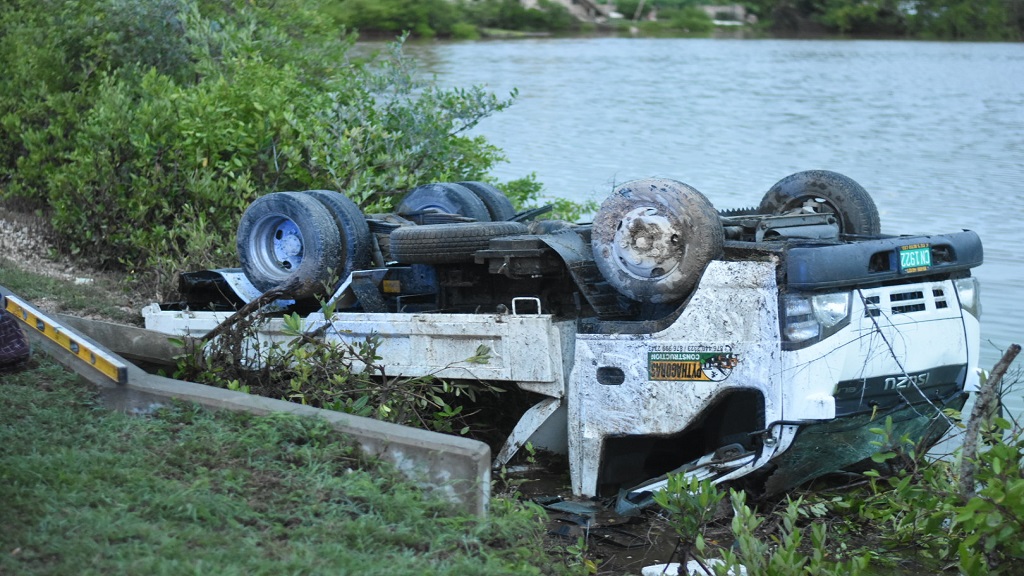 The area was experiencing moderate rainfall at the time of the crash.

“After mi realise it nah stop, mi try direct the steering to the bushes because mi realise the truck nah stop,” said the driver. 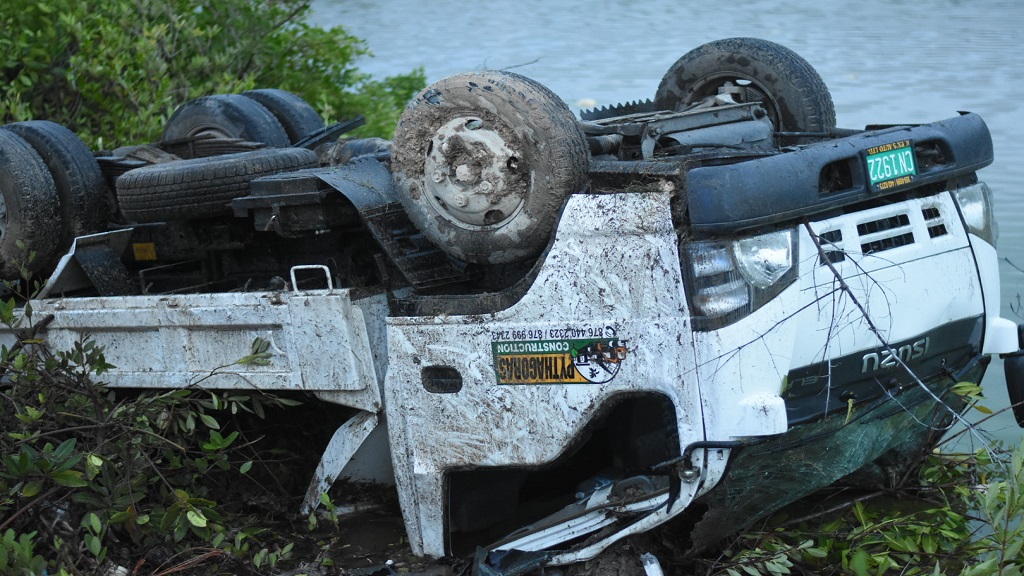 Following the dramatic flip over and the eventual end to the anxiety, he was clearly a relieved man.

“Mi just give God thanks say nothing serious never happened,” he told Loop News at the scene of the crash.