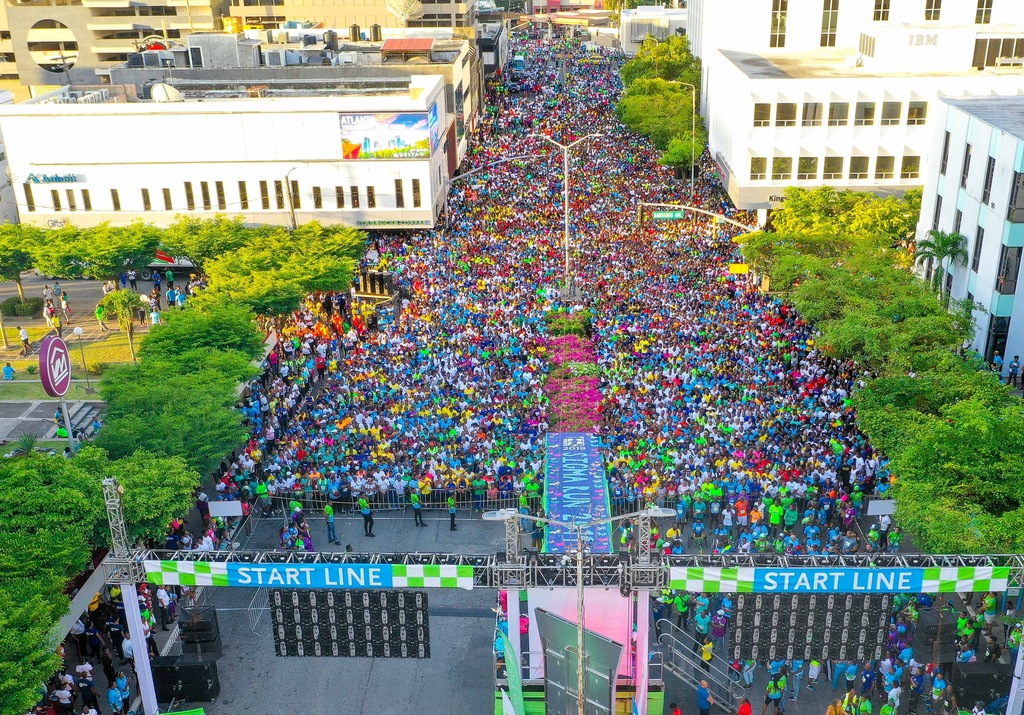 The $52.4 million was achieved through registration of a record-breaking 27,028 participants for the Caribbean’s largest road race; as well as through sponsorship, donations and a series of fundraising activities leading up to the culminating event. Photo by Leo Hudson.

The Sagicor Sigma Corporate Run 2019 has surpassed its fundraising target accumulating $52, 498, 324.25 million for the three beneficiaries of the charity event - the Lupus Foundation of Jamaica, the Diabetes Association of Jamaica and the May Pen Hospital Neonatal Unit.

The funds raised was announced by President and CEO of Sagicor Group Jamaica, Christopher Zacca, at the start line stage on race day, Sunday, February 17 in New Kingston.

The sum was achieved through registration of a record-breaking 27,028 participants for the Caribbean’s largest road race; as well as through sponsorship, donations and a series of fundraising activities leading up to the culminating event. This brings to over $400 million, monies raised for various child-related and health charities through the annual Sigma Corporate Run, which is now in its 21 years. 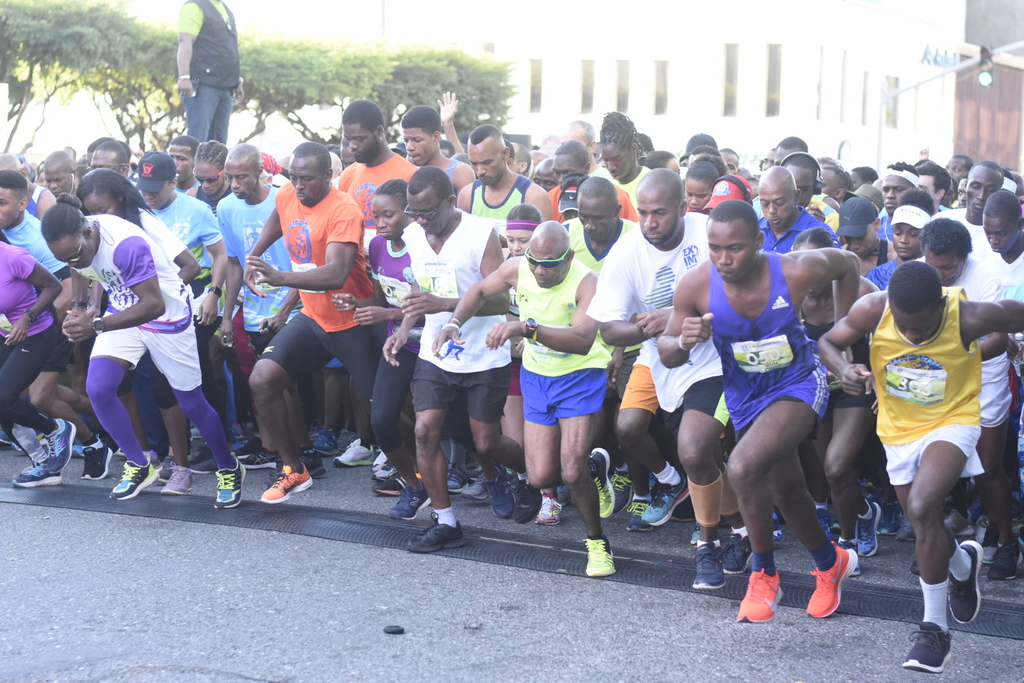 “We are truly excited and pleased to be able to celebrate this tremendous achievement of surpassing the target set of $52 million for our beneficiaries – we know the need is great and as good corporate citizens it makes us really happy to play our part”, Zacca said.

Zacca expressed his gratitude to the hundreds of thousands of individuals, corporate companies, sponsors, partners, donors and other stakeholders who contributed to the success of the event.

Click the slider for photos captured by Marlon Reid.

He also thanked the patrons of the event – international supermodel Stacey McKenzie and Olympian Yohan Blake for helping to rally support of the initiative. He further hailed the Sagicor team and hundreds of volunteers who worked tirelessly to raise the funds and plan and execute another mammoth event.

“The cause is the reason we do this year after year, because we see and know the impact of the contribution to the beneficiaries and the benefit to our nation”, he added.

Sagicor Group Jamaica executives, Chorvelle Johnson, CEO, Sagicor Bank and Mark Chisholm, Executive Vice President, Individual Life, handed over a symbolic cheque to representatives of the beneficiaries at the close of the race. The funds are expected to provide a range of much-needed and life-saving equipment and improved capacity for care by each of the organisations.

The funds raised will assist the May Pen Hospital Neonatal Intensive Care Unit care, the Lupus Foundation of Jamaica and the Diabetes Association of Jamaica.