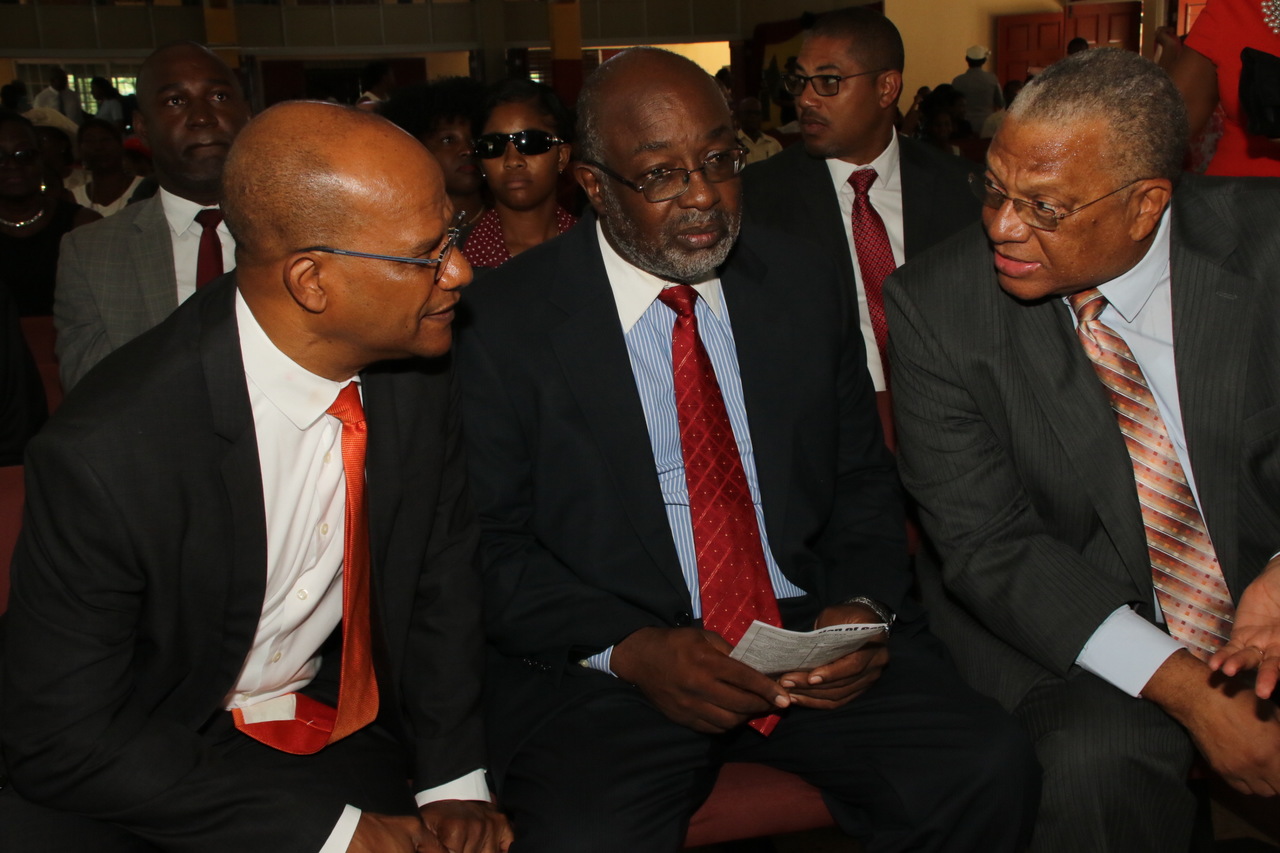 President of the Peoples National Party (PNP), Dr Peter Phillips, and several other senior and key
members of the party, worshipped at the Boulevard Baptist Church in St Andrew on Sunday,
September 15 in what was dubbed as a unity and healing service.

The service, which was held under the auspices of Rev Devon Dick, was attended by senior party
members such as Chairman, Fitz Jackson; General Secretary, Julian Robinson; vice presidents
Wykeham McNeill, Mikael Phillips and Phillip Paulwell, as well as Fenton Ferguson, Mark Golding and
Peter Bunting.

The service involved the congregation making light moment of the recently-concluded presidential
election within the PNP, which Phillips won over challenger, Bunting.

The minister prayed for healing, unity, and forgiveness among supporters of both camps within the
party.

Loop News was on spot to capture some pictorial highlights of the event.