PHOTOS: Our Sons plants seeds of values in boys 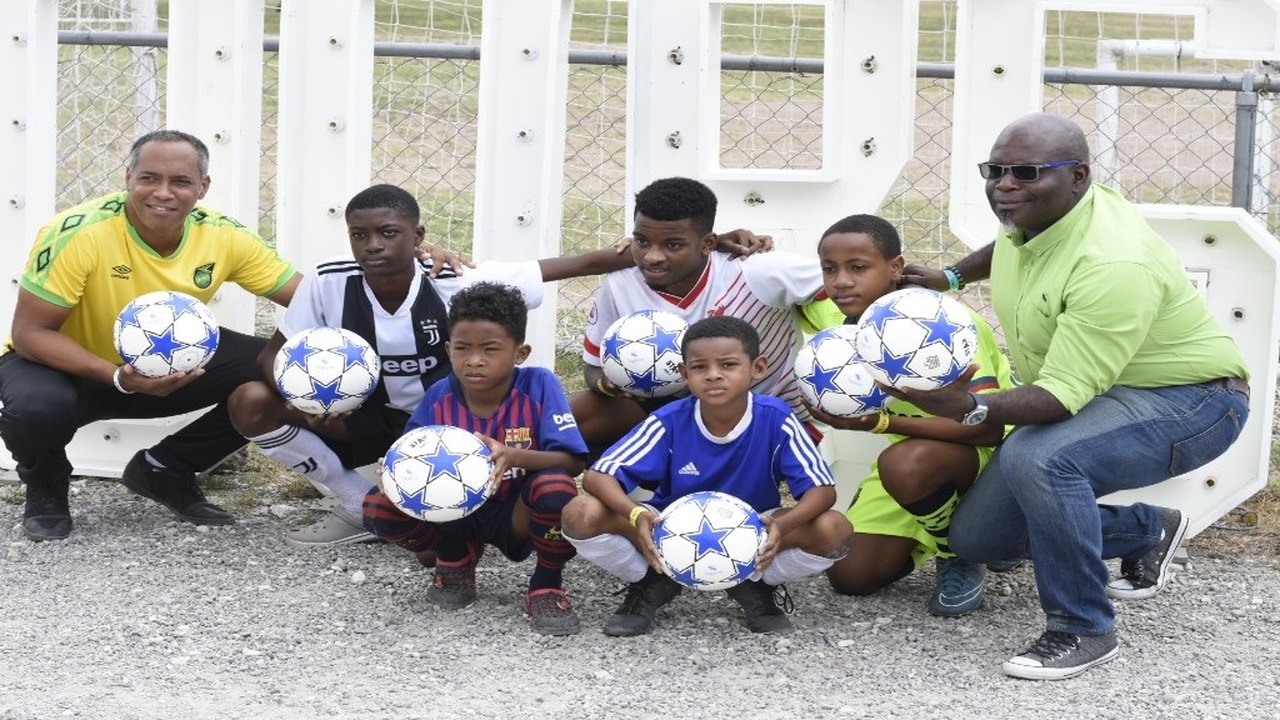 Ballaz International director Andre Virtue left), one of the main speakers at the Our Sons motivational camp, poses with some of the participants at the event recently. (PHOTOS: Marlon Reid)

B3 Parenting inspired 400 boys recently at the second annual Our Sons motivational camp at Ballaz Liberty Park in St Andrew.

Under the theme, 'Believe The Ball', the event targeted preteen and teenage boys and used the power of football, guided by former players and coaches, to deliver positive messages to the young males.

Among the activities was a general motivational session that featured addresses by former national player and now coach, Ballaz International director Andre Virtue; and trained facilitator, Sean Williams. There were also smaller groups sessions, where the boys interacted with mentors on a more personal level. The boys also enjoyed some fun-filled football activities.

According to Michelle Gordon, a parenting lifestyle consultant at B3 (Bump, Baby and Beyond) Parenting, preteen and teenage boys were targeted to help them through a difficult phase in their life. 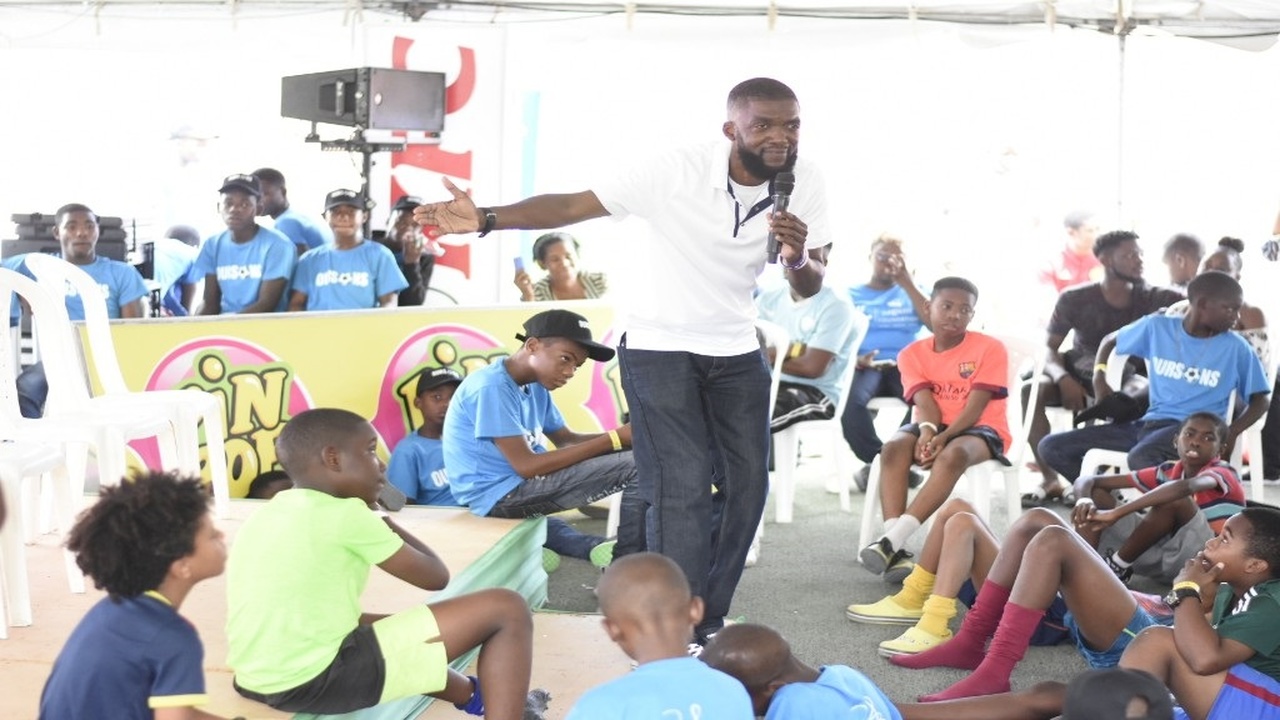 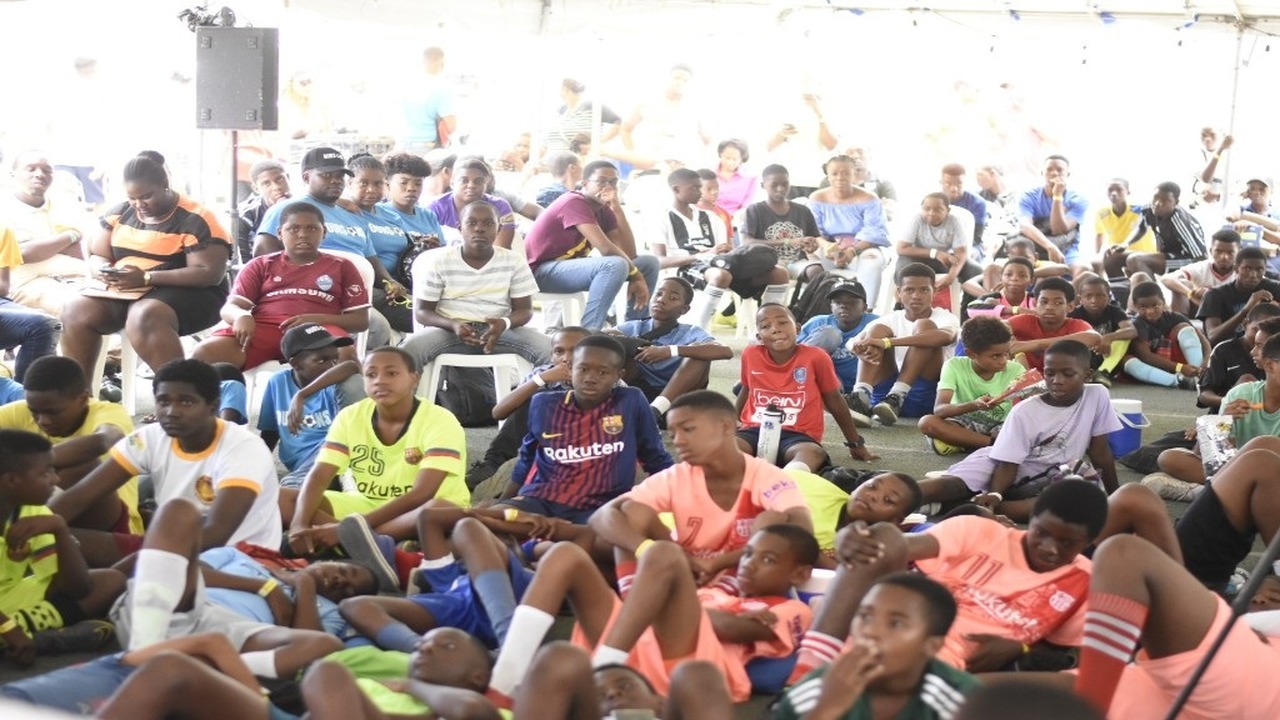 “It is a defining time for them. They are trying to find their footing, figure out how to become men and they need the mentorship and the guidance, because if they don’t have the guidance, then they make poor decisions," Gordon said.

“What we are doing is planting little nuggets of values and morals... when they go on in other areas, somebody else is going to continue to water it and then the tree is going to grow from that.”

She said football terminologies were used to get the message across to the boys with the mentors telling the boys that, like juggling the ball, they have to juggle certain circumstances in their lives. 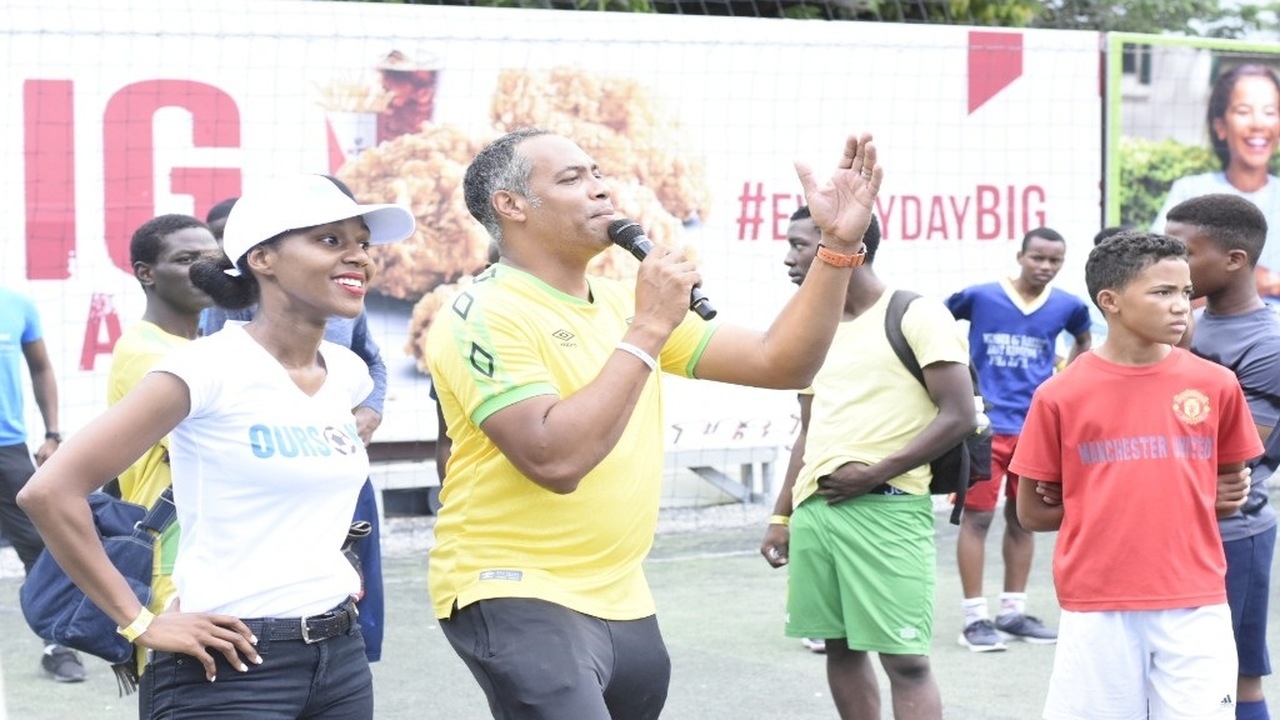 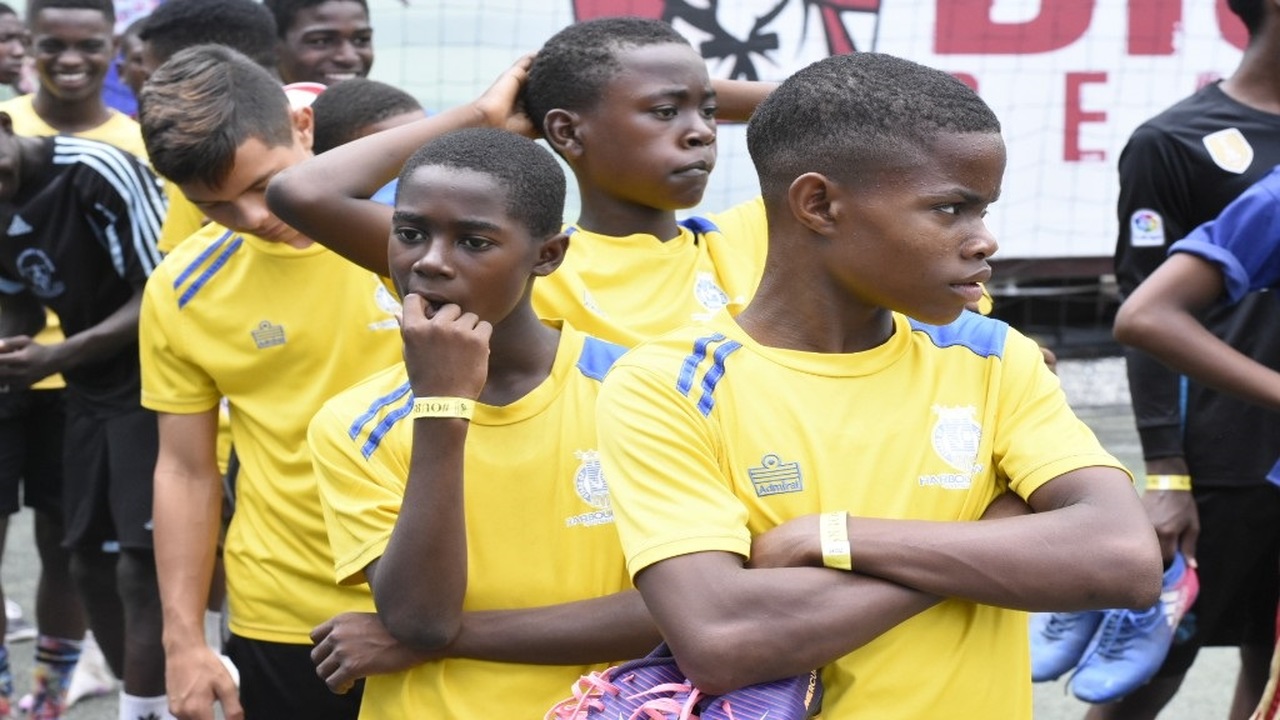 According to Gordon, B3 Parenting wanted the Our Sons Camp to be interactive, with the boys having the freedom to be open about their feelings.

She said, “the mentors got a lot of feedback from the boys so it was not just somebody speaking to them. It is very interactive so they ask questions; the boys got to tell how they feel and were given opportunities to share potential struggles that they are having."

This year's staging had boys from state homes as participants for the first time.

According to Gordon, the organisers wanted to help to fill the void in many Jamaican homes, where a father figure is absent. 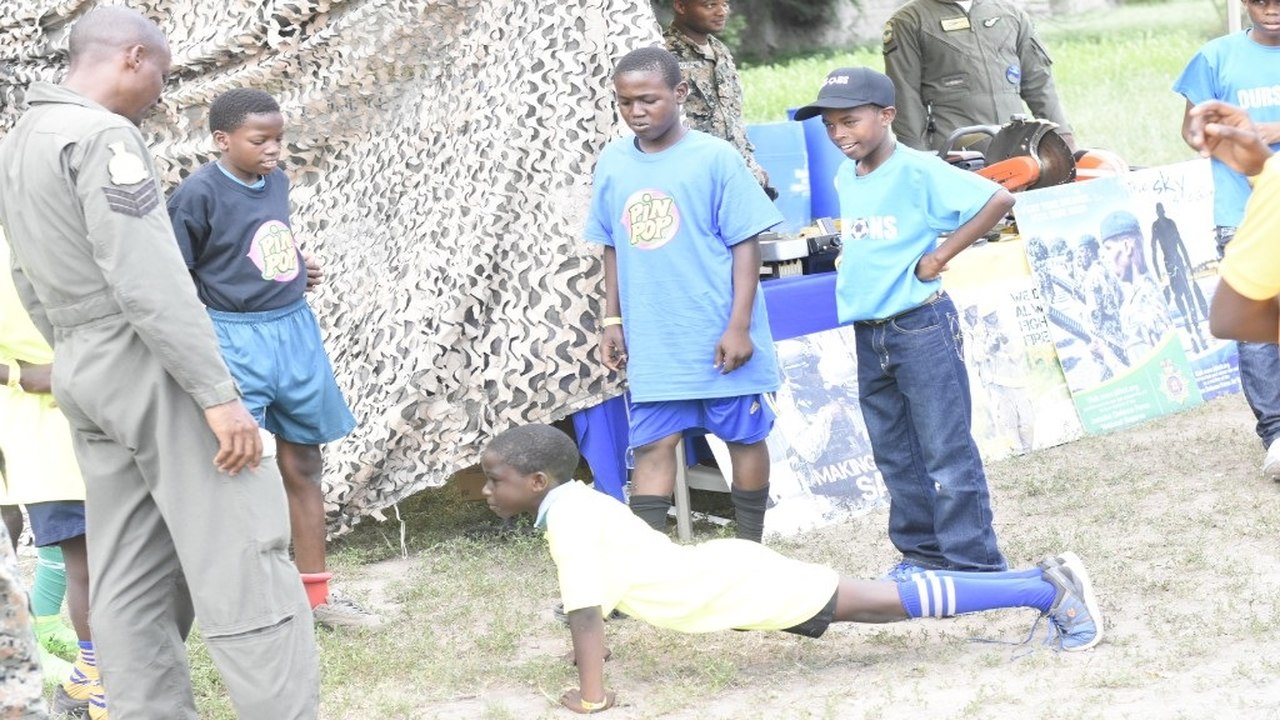 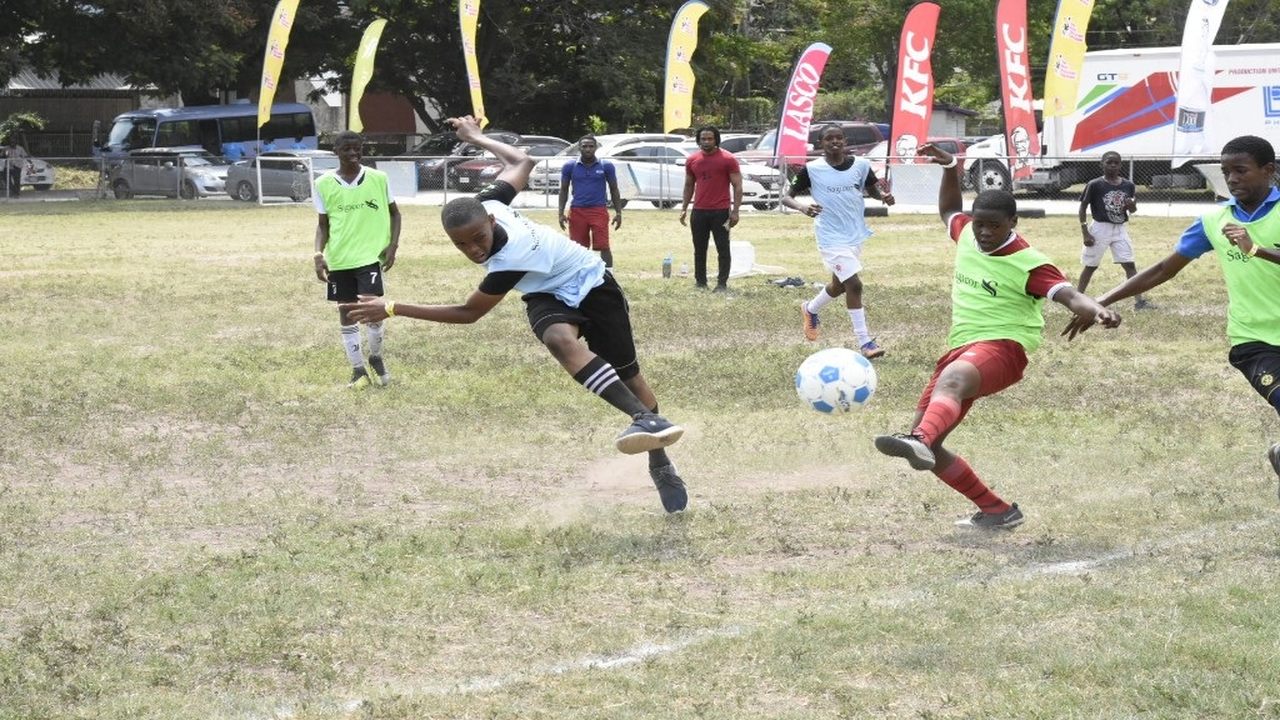 “Our boys are in need,” she said, “and when you look around, everybody I think will agree, in the newspapers every day, there is a lot of crime and violence and we have a lot of doctors, lawyers, future scientists here, but the truth is, we also have potential gunmen, abusers, here as well.

“All of these boys come from the same seed and what you put in is what you will get out,” she said.

During the general motivational session, Virtue told the boys about his experience playing schoolboy football for Jamaica College and failing all seven subjects he did in his first year doing CXC exams.

He told them that, after repeating fifth form, he had to make some serious decisions and took action that enabled him to be successful his second time around, resulting in him having 25 higher learning institutions offering him full scholarship. 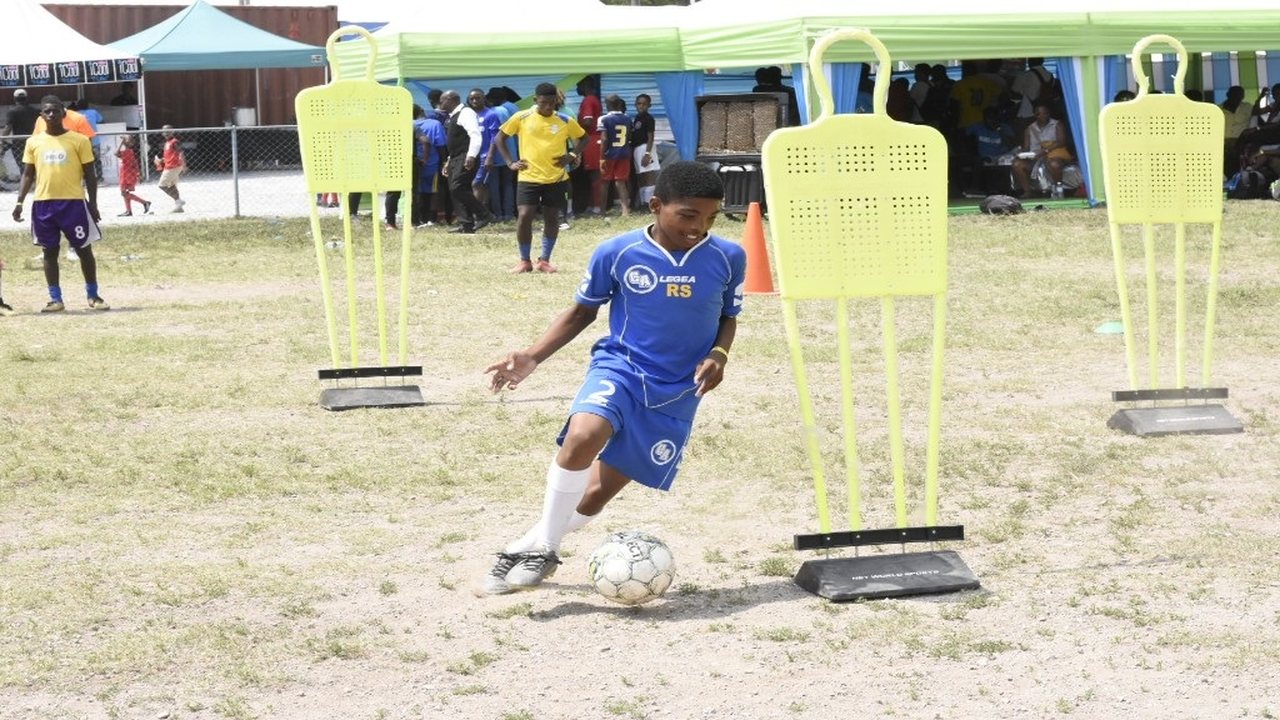 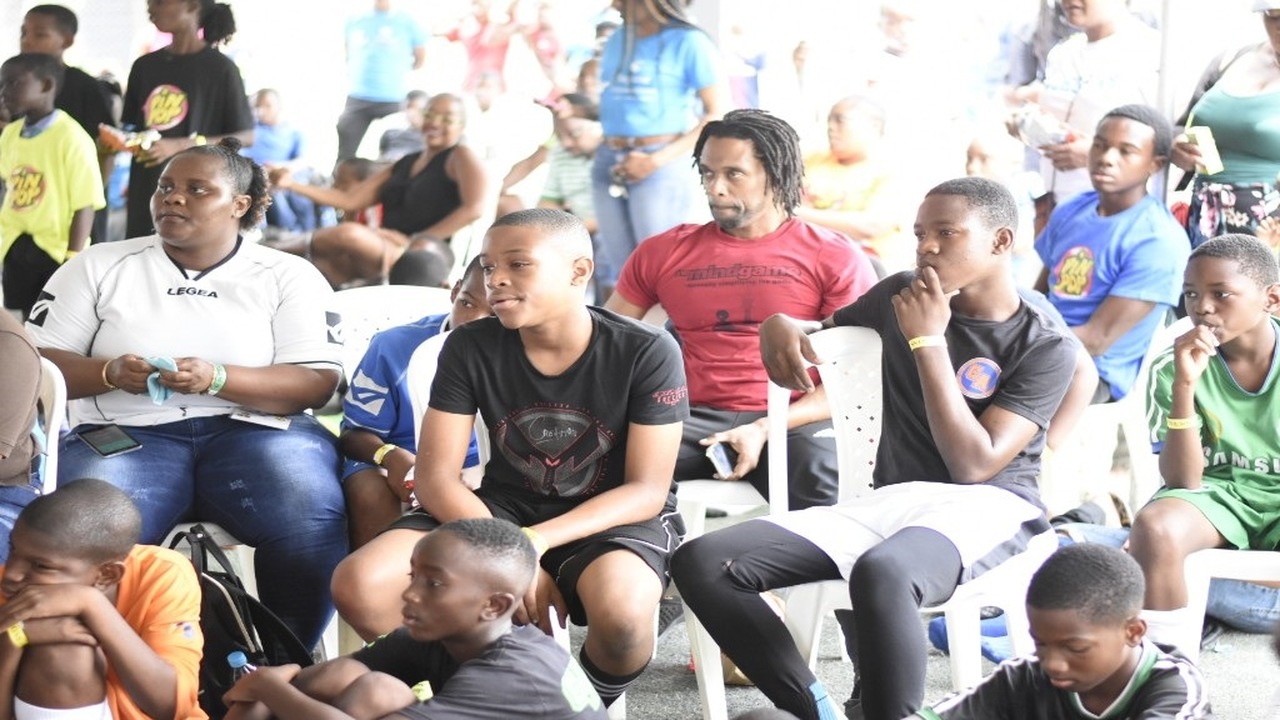 He also introduced the boys to the acronym BALLA, with the B for balance in school and life; A for attitude at home, in the classroom and at home; L for love of self and others; L for leader; and A for ambassador for school, community and county.

For 13-year-old Jahiel Forrester of Patrick City, it was an engaging day with fun activities to keep him happy and occupied.

Forrester said that a key lesson for him was to walk away from trouble. He said, “I learned that attitude matters so, for instance a man hits you... if you hit him back, that could potentially be lethal because you get worked up over it and can go to prison and serve time.

“But if you calmly walk away with composure, everything will be alright. They can call you a coward and all of that, but it’s really how you take it. So if you observe the negativity, you are basically admitting what they are telling you,” Forrester said.

Twelve-year-old Bryan Mayhew of Beverley Hills agreed that the session was helpful and fun. He said, “it was really good seeing that the talks were really helpful and the football was fun as we got to compete in different challenges.

“I learned that success doesn’t come overnight, but you have to work hard for what you want,” Mayhew said.

According to parent Joni Laidlaw, she jumped at the opportunity to get her eight-year-old son involved when she heard that football would be the central theme. She said she was happy with the decision as it turned out to be an excellent experience for her son.

Laidlaw said, “it is amazing as he is no where around me, which means that, as a parent, when they are not with you, you have achieved. It means he is comfortable, he is happy. He played a match, listened to speakers and now he is off to one of the tents. So he is on top of the world.”

'Our Sons' conference helping to nurture the men of the future

Valeo/KSAFA team up with Atletico, Sporting for youth football camps