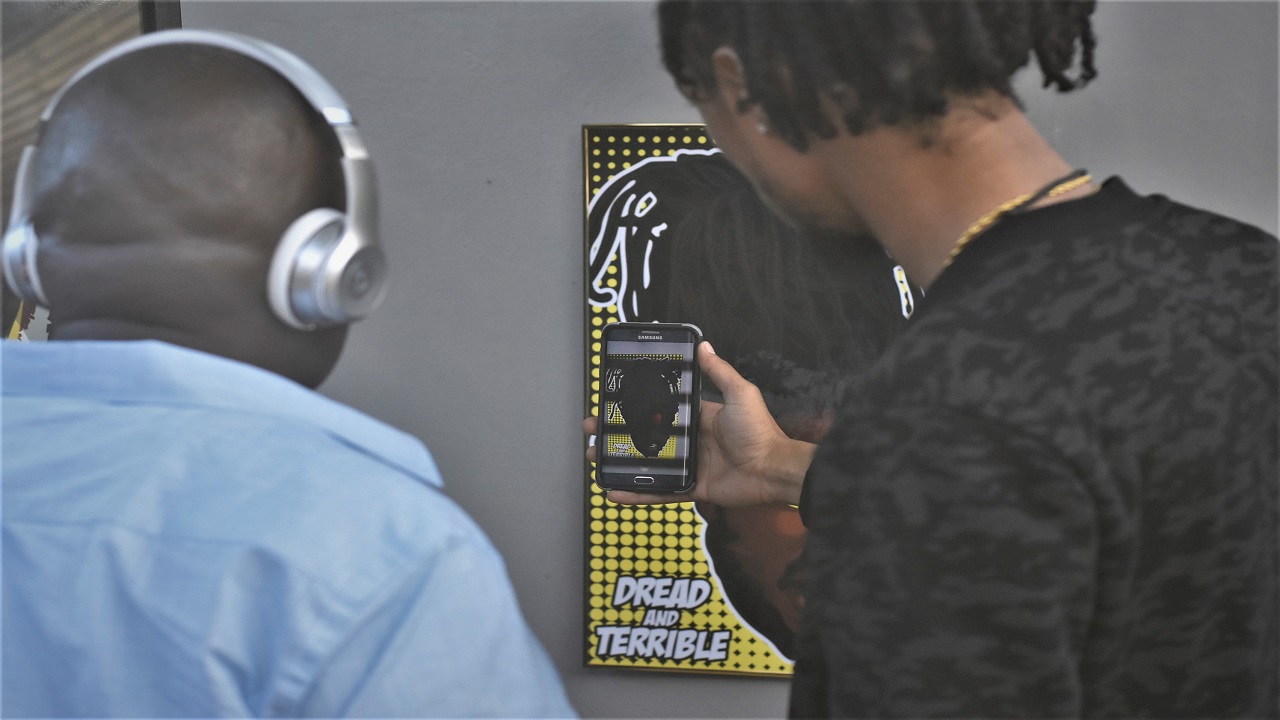 Next Generation Creators infused technology with art on Friday at Cellar 8 Winery in Manor Park, with the staging of the Creators' Festival Interactive Art Show.

The event had an eclectic mix of individuals viewing the art pieces, which actually came to life through augmented reality.

Among the pieces on display were artworks of Chronixx and Protoje that were further enhanced with a headphone that had patrons moving to the entertainers’ songs.

Community manager and co-founder of Next Generation Creators, Ja'Dan Johnson, said the art show was to get Jamaicans to view art in a new way, while using the technologies that are available.

He said, "what we wanted to do was to highlight what a potential future with technology looks like and how it impacts the creative industry. The pieces could easily transform any museum in Jamaica.”

"The key to participating in the 21st century is learning to adapt to changes in technology. So instead of telling people to put away the phone in the museum, we want them to use the phone and interact with the art," Johnson added.

The app was built by Next Generation Creators' partner in Canada, Reblink. Local artists provided some of the artwork for the show. It was also a travelling version of the Art Gallery of Ontario in Canada's exhibition that also ended on Friday.

"People were so amused and impressed with the pieces," Johnson said. "I think that this was directly linked to the fact that it was the first time that anything like this was being done locally. The turnout was good and we are glad to see that people were willing to come to an event like this."

Ceejay Carpio, whose company Ceej Arts provided the artwork of the entertainers, said, "I like the feedback and everything, as well as the appreciation that everybody showed towards the art.”

"It is my first tech art show and it is quite an experience. It is a one-in-a-million opportunity for me," he said.

Another exhibitor Samantha Hay, whose company Jamecca Motif, specialises in hand lettering and typography, said the show gave her some more exposure, having always been involved in collaborative work.

She said, "I got some good feedback and some people who are really interested in what I do. It was great."