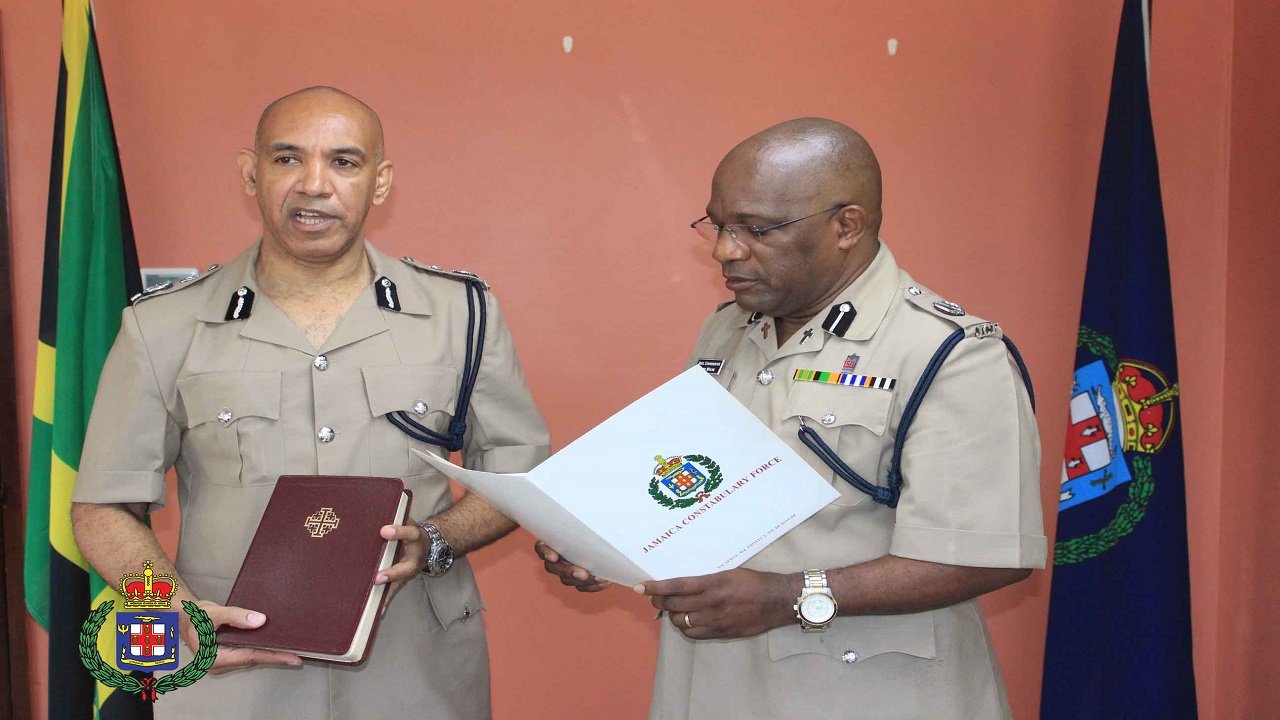 Anderson, who served as National Security Advisor to Prime Minister Andrew Holness, replaces George Quallo, who resigned at the end of January, after only nine months on the job.

Click the gallery for more photos of Anderson's swearing-in.

Prime Minister Holness, while announcing a second State of Public Emergency at Jamaica House on Sunday where he was joined on the platform by Anderson, urged Jamaicans to support the incoming Commissioner. Holness, said he had confidence Anderson will do a good job, especially because of his military background.

Anderson served the Jamaica Defence Force for 32 years, the last six as Chief of Defence Staff before being appointed Jamaica's first National Security Advisor in 2016.

He takes over at a time when the country is in the midst of a spiralling murder rate and with two separate State of Public Emergency – one in St James and the other which was imposed on Sunday, in the St Catherine North Police Division which has recorded 48 murders since the start of the year, the most for any division or parish.

The announced State of Public Emergency on Sunday came exactly two months to the day the first such operation was imposed in St James which saw a record 335 murders in 2017.

And Anderson has taken over at a time when there are growing calls for corrupt cops to be separated from the force.