PHOTOS: Mike Henry lauded for receiving the Order of Jamaica 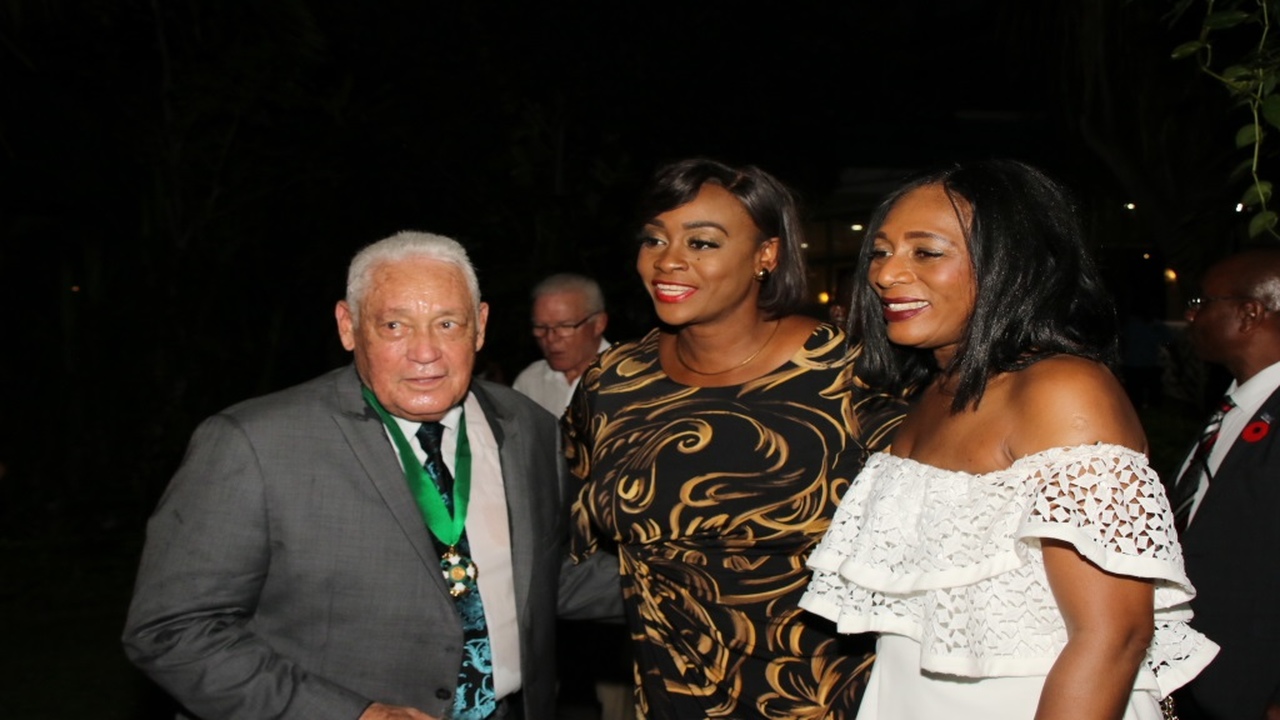 Mike Henry and wife, Dawn (right), along with Juliet Holness, wife of Prime Minister Andrew Holness, share in the happy occasion of a reception in honour of Henry receiving the Order of Jamaica on National Heroes' Day, at the gardens of the Pegasus Hotel in New Kingston on Monday evening.

Cabinet Minister and veteran Central Clarendon Member of Parliament (MP), Mike Henry, was showered with praise for a sterling political career at a reception in recognition of him being bestowed with the Order of Jamaica (OJ) at Kings House on National Heroes’ Day, Monday, October 21.

Staged in the gardens of the Pegasus Hotel in News Kingston the same evening, the event attracted a host of Henry’s Cabinet and wider Government colleagues, along with top business, academic and social figures. Members of his beloved constituency, reportedly including the lone elected representative of the Opposition People’s National Party (PNP), were also there.

The gathering commended Henry for a job well done for both the constituency and the country.

Likewise, there were top business executives, scholars, Government technocrats, musicians and a few members of the Rastafarians faith, with which Henry has been traditionally closely linked.

Holness lauded the man of the moment, commending him for having inspired the country along a number of critical paths to national development and public conscience, and concluded that it was Henry’s 39 unbroken years in Parliament, his local and expansive national service with a visionary focus and with indefatigable spirit that had made him “the Order of Jamaica”.

The prime minister cited, for example, Henry’s long and strident stance on the subject of reparations, which Holness noted has lately become quite fashionable across the Caribbean and further afield.

From the Opposition benches, McNeill hailed Henry as a friend for many decades, whose spirit and drive have been outstanding.

Clarendon’s Custos, William ‘Billy’ Shagoury, charted the old days when he and Henry were on the political battlefront together, and expressed extreme satisfaction for the local and national outturn of their formative endeavours.

Henry responded with an assurance that he intends to continue serving his people and country while he can, and still has a few more goals in sight.

Seven Jamaicans to be honoured for contribution to sports