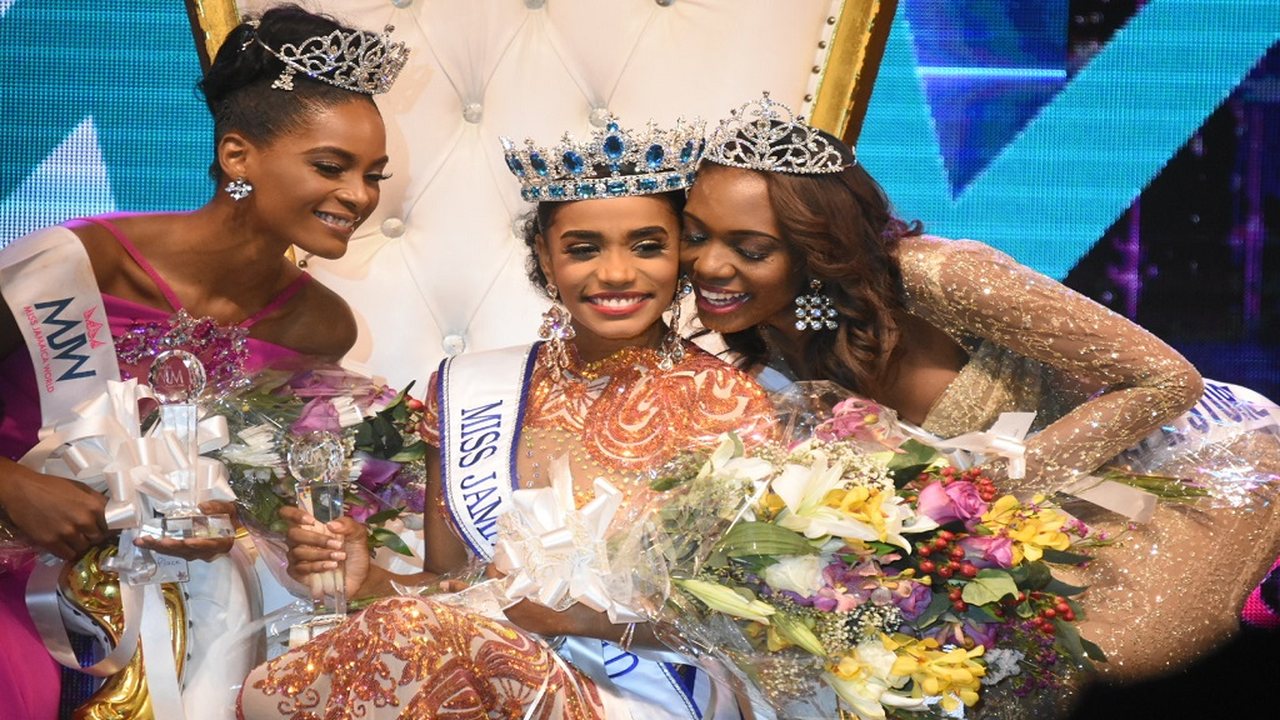 Popular contestant Toni-Ann Singh was crowned Miss Jamaica World on Saturday night at the Jamaica Pegasus Hotel, topping a field of 16 who participated in the final of the pageant.

Singh, with a large support base in the audience, was one of the favourites all the way, and finished ahead of first runner-up, Roshelle McKinley, and second runner-up, Alanna Wanliss.

In an interview with Loop News reporter, Job Nelson, Singh beamed: "This is rather surreal. Mostly I feel like I want to fall into my mom’s arms, but aside from that, I feel humbled to be able to represent my country in this way. It’s an honour and I don’t take that lightly at all.

“I talked to God and I said, ‘Look, if you want me to win, you will open the door’, so it is not that I knew that I would or wouldn’t win, but I trusted that His plans would be executed."

The judges had to break with tradition in selecting the top five finalists, and chose six instead. They said there was a tie that resulted in the top three, along with two other favourites of the crowd, Soyini Phillips and Brianna Knight, as well as Kadijah McIntosh, moving into the interview section.

In that section, Singh picked the question: ‘If you are chosen to be Miss Jamaica World, how would you use your crown to contribute positively to your society?’

She responded: “With or without the Miss Jamaica World Crown, I would continue to advocate for women. I believe women are the lifeblood of our community…

“I will continue inspiring them and working with them so they understand just how great their potential is. I will also use my compassion to be an excellent ambassador,” Singh said to loud applause.

The eventual winner also copped the sectional awards for ‘Best Personality’ and ‘Most Photogenic’, with ‘Most Congenial’ going to Haqikah Greaves, ‘Most Improved’ to Danevia Powell and ‘Popular Vote’ to Brianna Knight.

The ladies were judged in events leading up to Saturday’s grand finale, with the winners of the five categories automatically earning a spot in the top 10.

Singh was again a winner at that stage, as she topped the talent event, which was sponsored by Phoenix Theatre. The Spartan Health Club-sponsored fitness challenge was won by Thalia Malcolm, McKinley won the beach beauty event sponsored by Sandals, Eureka Brown took the top model event sponsored by Maxi Department Store, and Phillips took the beauty with a purpose award.

At the start of the final, the organisers paid tribute to Aston Cooke, co-owner of the Miss Jamaica World franchise, who died earlier this year.

Dimario McDowell, who did a medley of Jamaican reggae, and comedian, Christopher ‘Johnny’ Daley, provided the evening’s entertainment.