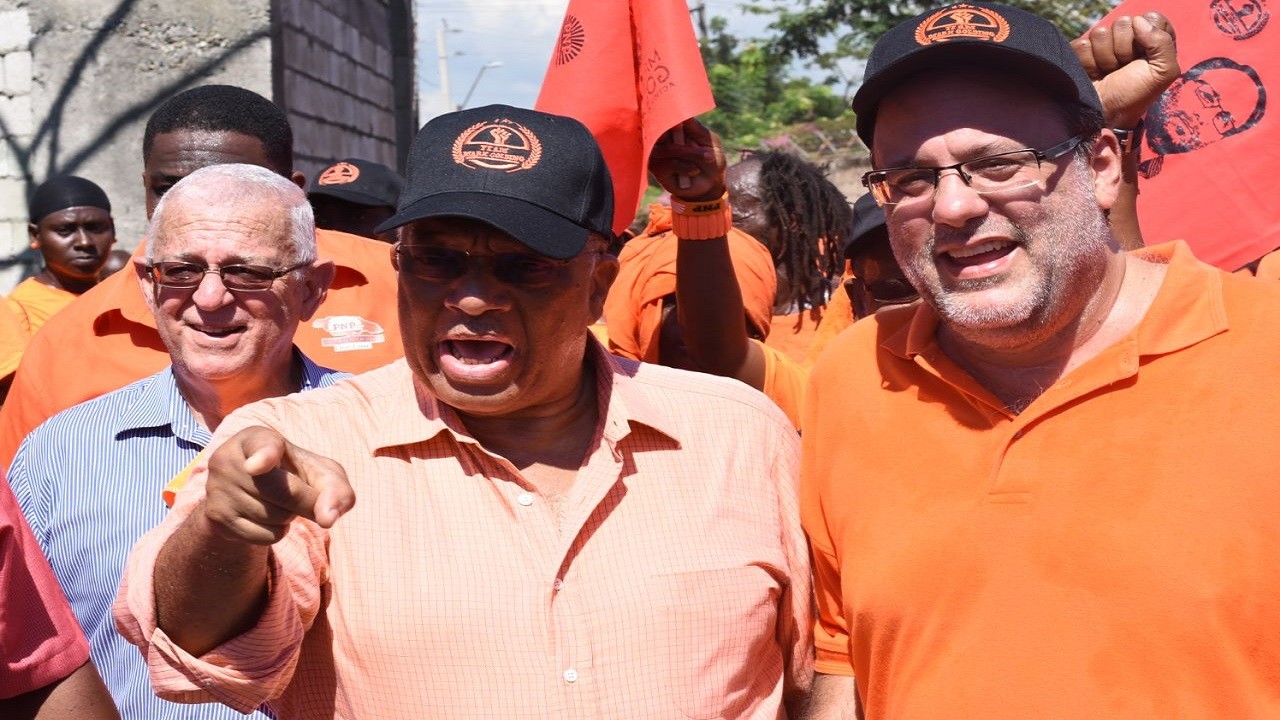 People's National Party members and supporters within the South St Andrew constituency trekked into the early morning sun on Monday on a long sojourn through the area to nominate Mark Golding for the upcoming by-election.

They reached the nomination centre at St Luke's Anglican minutes after 10:00 am, where Golding, surrounded by party leader Peter Phillips and other high-ranking members of the party, took part in the nomination process.

Using three $1,000 bills, which bears the image of Michael Manley, a revered former leader of the party, Golding paid the nomination fee to returning officer, Janet Coleman-Howlett, before filling out the necessary documentation to complete the process.

After nomination, Golding, who is making his debut in representational politics after serving in the senate for 10 years, said the process is something he was used to because he had been at nomination centres in the past to support other Comrades.

He expressed pleasure during the march to the nomination centre, which started at the constituency office with music and festivities.

Orgainser of the march, the party's constituency secretary, Sarah Marshall, said the march was part of the process of welcoming Golding to representational politics.

She was glad that hundreds turned out and made the journey throughout the community in support of Golding.