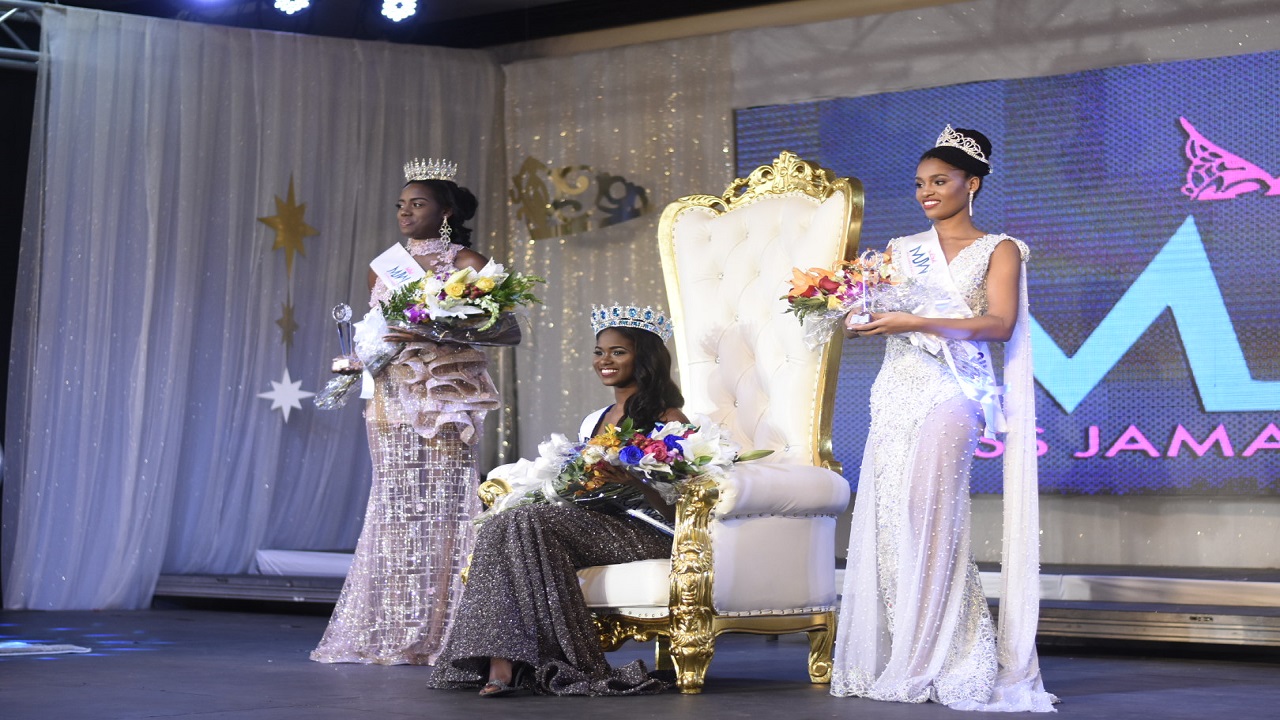 Robinson won three of the sectional prizes to finish ahead of first runner-up, Issia Thelwell and second runner-up, Catherine Harris.

Robinson was a crowd favourite from the first presentation of the contestants in the ballroom hotel with choreographed dances to Chronixx’s  ‘Likes’ and the double of ‘Lebeh Lebeh’ and ‘Flairy’ from Ding Dong.

The seven-member panel of judges, headed by Jamaica’s Miss World 1976 winner, Cindy Breakspeare, and including Member of Parliament IMP), Lisa Hannah, the 1993 Miss World winner, awarded the sectional prizes of ‘Most Photogenic’, ‘Best Gown’ and ‘Popular Vote’ to Robinson.

That separated Robinson, a physical therapist, from the other four contestants in the top five - Lamise Hamilton, Catherine Harris, Issia Thelwell and Amaya Lewis.

The eventual winner had also articulated good responses to questions that were posed to the contestants after the judges had decided on the top 10 and again on the top five.

Jameillia Baimbridge and Catherine Harris won the other two sectional prizes, ‘Most Congenial’ and ‘Most Improved’, respectively.

The top three had earlier failed to be numbered in the Fast Track Awards, which automatically placed five of the contestants in the top 10.