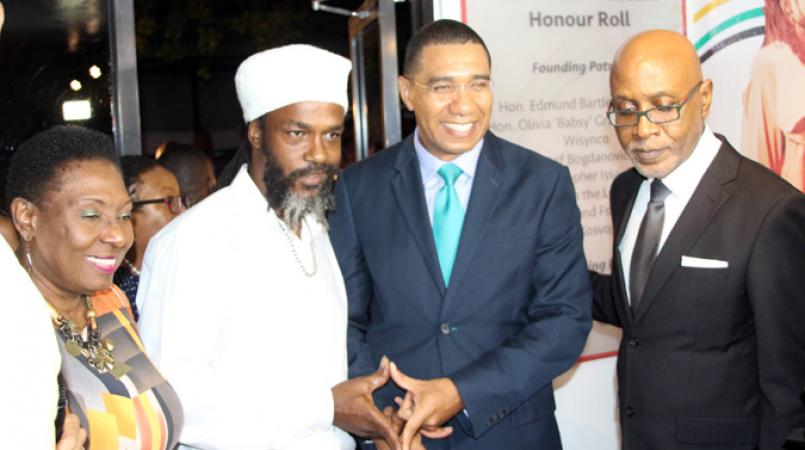 Slain reggae legend Peter Tosh is getting some of the same historical treatment in his native Jamaica as the late Bob Marley.

A museum devoted to the life and music of Tosh opened  Wednesday at the Pulse centre in Kingston, not far from the Marley museum that has long been a major tourist attraction in the Jamaican capital.

The Tosh museum's opening on Wednesday marked the 40th anniversary of the release of the song Legalize It and includes exhibits such as a guitar shaped like an assault rifle that he frequently used, as well as his unicycle.

Tosh received his country's highest honor, the Order of Merit, posthumously in 2012 but has been less heralded in his native land than Marley.

"A lot of people have gotten honored for less in Jamaica and Peter is somewhat forgotten," his widow, Marlene Brown, said in an interview Tuesday. "That made me work harder to see that he got what he deserves."

Tosh was among the founding members of what was originally known in 1964 as the Wailing Wailers, along with Marley, Bunny Livingston and Junior Braithwaite. The band was later called simply "The Wailers."

Tosh went on to have a successful solo career, which included some songs now considered classics such as reggae version of Johnny B. Goode and (You Gotta Walk) Don't Look Back, which he recorded with The Rolling Stones' Mick Jagger.

He was shot and killed during a September 1987 attack on his home by a gang led by an acquaintance, Dennis Lobban, who remains imprisoned in Jamaica for the crime.

Brown, who was seriously injured in the attack, prefers not to discuss the incident in detail and said Tosh was complicated. "He could be a nice, loving person," she said. "At other times, he was real topsy-turvy."

A tribute concert will be held Saturday at the museum site. It will feature Tosh's son, Andrew, as well as grandson Dre Tosh and his Word, Sound and Power band.